Although kosher foods have been around for thousands of years, the kosher-style of preparing cuisine is becoming a new trend in gastronomy, separating itself from its Jewish heritage. From celebrities to foodies, kosher has created a new platform for the health conscious to consume food without many harmful effects seen in processed and regular fare. Chef David Kolotkin, an expert in kosher cuisine and executive chef of celebrity-frequented restaurant The Prime Grill in New York City, gives us the dish on the health benefits of kosher foods and tips to eat more kosher. 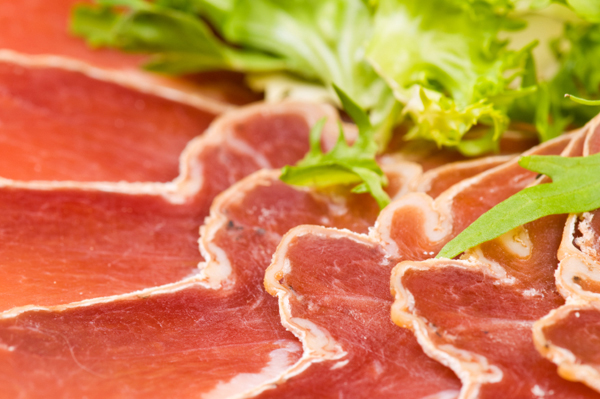 Kosher cuisine is a growing trend

Despite being one of the oldest ways of living, kosher cuisine is becoming a popular culinary trend in both restaurants and everyday home cooking, gaining a following ranging from celebrities to people who simply want to eat clean. Chef David Kolotkin, who has helped make the The Prime Grill a “Critic’s Choice” in New York and has risen it’s rating in Zagat’s making it one of the top rated steakhouses in NYC, was initially resistant to specializing in kosher cooking (despite being Jewish), but took on the challenge to turn kosher cuisine at The Prime Grill into truly delicious dishes that elevate the dietary practice into something mouthwateringly special for both Jewish and non-Jewish diners alike. Here’s what Chef Kolotkin has to say about kosher dining and cuisine. 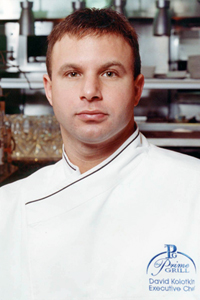 Chef Kolotkin: To me, kosher means “clean.” It’s a clean way of eating. The slaughter is more humane to the animal, there are no electric probes or machines used to guide the animals to their slaughter. Everything is supervised. There are no sick or injured animals ever slaughtered. When keeping kosher, there is no combining meat and dairy. This I believe is to aid in the digestion process. All these restrictions are put in place for a reason, a clean reason.

Kosher cuisine can be remarkably delicious

SheKnows: What is your connection to kosher cuisine and your inspiration for becoming a kosher culinary expert?

Chef Kolotkin: Actually I started cooking kosher after finding myself unemployed for the first time in my career after 9-11. My head hunter at the time was pushing me to take an interview with The Prime Grill (at this time we weren’t what we are today). I kept putting him off because kosher cuisine never had a good reputation. I remember kosher caterers taking over our banquet kitchen at Windows on the World, and couldn’t believe the food they would put out! Now catering is not easy, and the quality always suffers when you add high volume into the equation. But this was awful!

I took the interview, and got the job. I saw great potential in The Prime Grill. I knew it was a good match, because I happen to be Jewish, and by growing up in a non-kosher home, there aren’t too many foods I have not tasted. So I looked at this as a challenge and as a way to bring all these great flavors that my
clientele have never experienced to their tables under kosher law.

I know it’s not the flavor of pork that people enjoy. It’s more the cure and brine. The sweet, salty and smokey thing. I do it with my duck proscuito salad, or even my smoked BBQ short ribs. My customers love it. My father used to eat snails, and this mortified my mother. One day my father had a piece of snapper sauteed in butter, garlic and parsley and realized it wasn’t the snails he enjoyed; it was the garlic, butter and parsley sauce he really had the taste for.

SheKnows: What are the health benefits of eating Kosher?

Chef Kolotkin: Well for one, there are no shellfish, bivalves, univalves and mollusks allowed. So that free’s us up from the risk of hepatitis, and the risks of high cholesterol.

In the kosher cattle slaughter house, the animal’s neck is cut with a clean sharp knife, which separates the head from the body. (The head is where the mad cow disease lies.) Non-kosher slaughter houses use a gun that shoots a metal probe into the skull, that literatelly sends “everything back into the animal.” Sorry to be so graphic, but this is what happens! So when eating kosher, you lose the risk of getting mad cow disease.

Not mixing meat and dairy is better for digestion, and I also believe will keep your metabolism moving. When keeping kosher, use soy milk instead of the synthetic creamers, and stay away from margarine and other similar products, and you will feel great.

SheKnows: What are the trends regarding Kosher cuisine?

Chef Kolotkin: It’s funny when I hear the word “trend” next to kosher. Kosher is one of the oldest ways of living! I guess its time some people caught on to make it a “trend.”

Come to The Prime Grill and see for yourself. At any given lunch at The Prime Grill, some of the biggest deals in NYC are being made over Kosher Prime meat! The people that run NYC and other parts of the world are my regulars.

How to eat more kosher

SheKnows: For SheKnows readers who want to incorporate more kosher foods into their diets, where should they start?

Chef Kolotkin: They should start at The Prime Grill of course! (laughing)

(You can also visit your local supermarket and try the growing variety of kosher products as well as do your research online or with kosher cookbooks.)

SheKnows: Do you prepare only kosher cuisine at your restaurant?

Chef Kolotkin: YES! You can’t do the kosher thing half way; I don’t even have the keys to my own kitchens! The masgiachs do. They are the kosher supervisors/Rabbi that are present during all hours of operation. They receive all the deliveries to make sure everything is kosher, wash all the greens and supervise my cooks, making sure no meat and fish are getting mixed, etc.

SheKnows: How would you describe the food at The Prime Grill?

Chef Kolotkin: The Prime Grill is a powerhouse meat restaurant. We are known for our steaks, and generous portions. But we are much more then a steakhouse. We have one of the best sushi chefs in the city which makes our sushi sales sky rocket. Out of the hot kitchen, you have many options: fish, Peking Duck, house cured bresaola and smoked salmon, house made sausages and more.

Passover will soon be arriving, giving you the opportunity to try kosher cuisine, even if you aren’t Jewish. Here are a few Jewish and Passover recipes to get you started.

12 hrs ago
by Kelsey Mulvey