Recent decades have seen an ever-burgeoning number of wine-savvy Americans. Likewise, the number of different wines available to them is constantly increasing, as wine makers continually come up with new ideas for every step of wine production, and vineyards take root in parts of the world that were previously devoid of viniculture. For those reasons and others, many of the old rules in the world of wine are constantly being updated. Particularly, the conventional rules of pairing seafood and wine are changing, giving you more choices than ever to please your palate and impress your dinner guests. 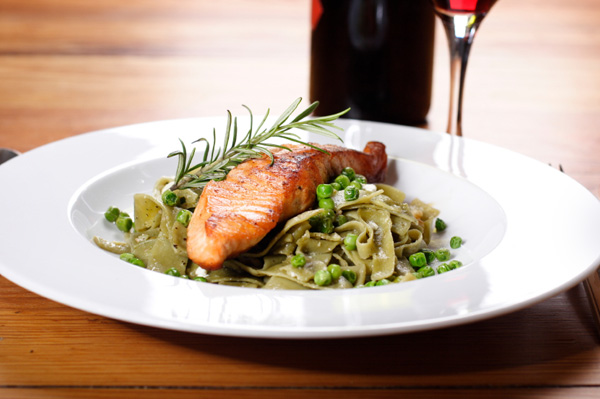 Changing the rules of seafood and wine pairings

Drinking white wines with seafood and white meat, while sipping reds when red meat is on the table is an example of a classic food and wine pairing rule. There is some logic in that long-held
principle: Seafoods are normally lighter than red meat, so they call for lighter wines, and lighter wines tend to be white rather than red. But the choices among light reds have increased
dramatically over the years, increasing the chances of their compatibility with chicken and fish.

Those looking to tradition for some guidance in choosing the right wine might consider the popular choices in the restaurants of New Orleans from the 1850s to the 1950s, when France and Germany
were by far the world’s foremost producers. To serve with their elegant French-Creole fish and shellfish dishes, restaurateurs stocked white wines with a certain complexity, and low levels of
oak and tannins (the astringent qualities produced by grape skins and seeds). A tinge of sweetness was expected, along with a consistent balance of fruit and acidity.

Also favored were wines big and assertive enough to stand up to robust Creole seasonings, yet

not too overpowering in relation to the food’s flavors. Then as now, fish and shellfish dishes were paired with wines that have the acidity seafood often needs, which is why a squirt of lemon
juice goes so well with many seafoods. (Among the obvious exceptions here would be a dish sauced with an ingredient high in acid, such as tomatoes.)

Long before the wines of California and other regions appeared on the scene, these were the wines often paired with seafood in New Orleans:

Updated pairings for seafood and wines

Today’s imbibers are presented with much wider choices when it comes to seafood and wine pairings.

Among the whites widely considered compatible with fish or shellfish are:

Among red wines, those often recommended for seafood pairings are the light- to medium-bodied wines, such as:

A note on beer: Your favorite beer — especially if it’s a lighter beer — should not be ruled out as an accompaniment to the spicier New Orleans-style seafood dishes,
especially boiled crawfish, shrimp or crabs, and fried shrimp, soft-shell crab or fish. Once your flavor buds have been hit with hot spices, they require simply flavored brews with low levels of
malt and hops. Examples are golden or blond ale, American wheat ale and lightly hopped lagers.

In the end, who can dictate what constitutes a good seafood and wine (or beer) pairing? If it works for you, it works.