The Super Bowl game is one of the top sporting events of the year and a great reason to throw one of the year’s biggest parties at home. Before the keg is delivered and you start stirring up the guacamole, however, there’s something else you should figure out: Which football team you’re rooting for! Here are some ways to pick the winning team for the Super Bowl. They’re not foolproof, but they’re pretty fun! 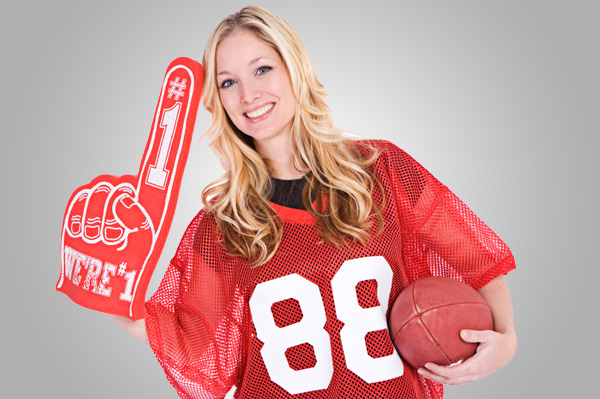 Even if your beloved team didn’t make the big game, football stats have you down, or the only (real) reason you watch the game is for the half-time commercials, it’s still fun to have a
team to support. Try these unique strategies for choosing the winning Super Bowl team.

Professional name profiler Kerri Hopkins of namezook.com assesses the names of the quarterbacks and other key players to make a winning pick.
Hopkins explains:

The team holding the strongest names, she says, will be most likely to meet victory.

Being the best dressed doesn’t apply only to the Red Carpet. ESPN.com columnist Paul Lukasowns owns the Uni Watch blog, a website
dedicated to trends and changes in sports uniforms. Lukasowns has pointed out in previous columns that the Super Bowl champions are usually the sharpest dressed team. Check to see his picks for
this year’s matchup!

From time to time, lucky leprechauns have been known to dance on the Super Bowl playing field alongside the official team mascots. But luck aside, some fans cheer for the team with the stronger of
the two talismans.

The Super Bowl home team alternates every year between the two playing conferences, American Football Conference (AFC) and National Football Conference (NFC). Since 1978, the tradition has been to
offer the home team their choice of jersey color (white or dark), which customarily is the dark uniform. Rumor has it, though, that some home teams opt for white uniforms on game day in hopes that
darker uniforms put their opponent at a disadvantage on warm days.

Look to the stars

Sports astrology is a popular trend for predicting the outcomes of athletic competitions. Astrologist and author John Frawley says the system works very well for high-profile games, including the
Super Bowl. The astrological chart is based on the time and place of the game and the positions of the planets, relative to that time and that place on Earth, just like an astrology birth chart.
Frawley explains, “The eastern part of the chart shows the favorites in the game; the western shows the underdogs. A few simple rules enable the astrologer to work out which team will come out on
top.”

Root for your team’s future

If your team isn’t playing in the Super Bowl, James Christensen of the New England Patriots draft fansite tells hardcore fans to do what’s best for their team: Cheer for their immediate
rival. If their competitor wins the Super Bowl, their NFL draft position is weakened, and that benefits your team’s position next season. “It’s hard to root for teams that you hate, but it is
helpful in the long run,” he says.