The opening ceremony for the 2010 Vancouver Winter Olympics kicks off on February 12th.Since this high-energy, cold weather event only comes around every four years, an Olympic party is the perfect way to celebrate. Here’s how to host a festive Winter Olympics get-together to watch the top notch athletes and enjoy lots of cold weather treats and Olympic-themed fun. 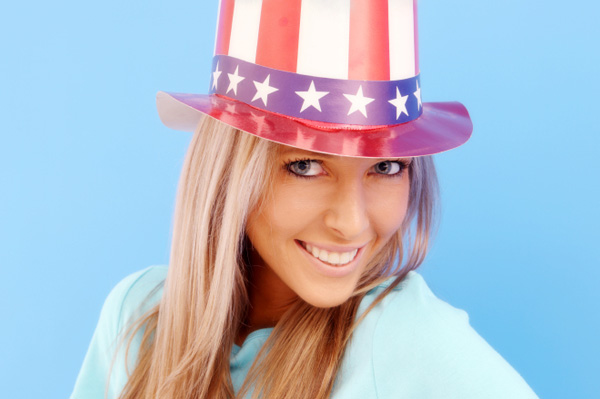 Obviously the theme and décor in your home should be all things Winter Olympics. Think sports events like skiing, snowboarding, ice skating, hockey, speed skating, and other snow-related
feats.

To decorate your home for your Winter Olympic fest:

The idea is to create an Olympic winter wonderland in the warmth and comfort of your own home so whether it is 70 degrees or -10 degrees outside, you will get that Olympics vibe.

No Winter Olympics party would be complete without home versions of the winter games. Although you and your guests may not be Olympic athletes, you can still stir up some competetive spirit.

Faux Figure Skating: Unless you have an ice skating rink nearby, you can have a faux figure skating competition to see which of your party guests has the best jumps and twirls
indoors on your living room floor.

Indoor Hockey: If space allows, create an indoor game of hockey using a sock ball and brooms (be sure to move everything out of the way or play in the basement).

Have gold, silver and bronze medals to give to the winners as well as consolation prizes for everyone else.

A key component of celebrating the Olympics is with good food and drinks.

Go global: Preparing a smorgasbord of food and beverages from all over the world will help everyone appreciate the real meaning of Olympics games. Serve a global array of
appetizers and easy drinks to keep everyone light on their feet to compete in those Olympic Party games and to easily slap high fives for Olympic victories.

Olympic appetizers: Choose appetizers from a few key countries. For example, spanakopita from Greece, dumplings from China, or hummus from the Middle East. Of course you should
include the United States and that can be any traditional food you often have at family parties or you could go the traditional route and make mini hamburgers or hotdogs.

Winning drinks: Of course you need some beverages to go along with your Olympic eats. Wine and beer from all around the world is a great way to celebrate the victories. Try sake
from Japan, vodka from Sweden, or serve a variety of specialty imported beers. For an All-American treat, try Pommery POP America Champagne, a genuine AOC Champagne donning a red, white and blue
label to honor the nation’s stars and stripes.

Simply be creative with the cuisine and beverages and everyone will enjoy a multicultural feast.