Every year, millions of Americans are sickened — and thousands die — from consuming contaminated food. Though people commonly associate meats with foodborne illness, the Center for Science in the Public Interest (CSPI) warns that 10 other foods in your kitchen are responsible for nearly 40 percent of all US food-related outbreaks. And these high-risk foods are considered essential components of a healthful diet. Are they on your family’s dinner plate? 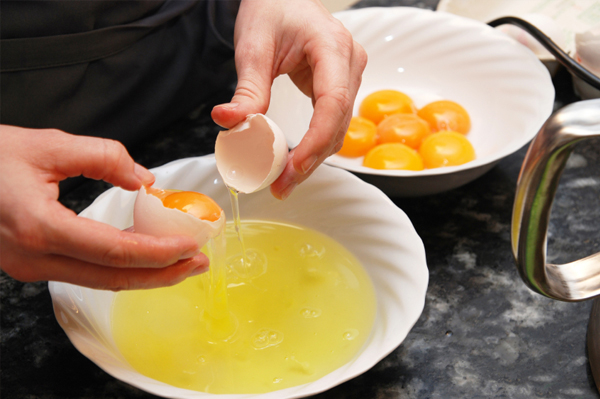 The US Food and Drug Administration (FDA) is responsible for regulating produce, seafood, egg and dairy products, as well as typical packaged foods such as cookie dough and peanut butter — nearly
80 percent of the food supply. Being FDA-regulated, however, does not always ensure that these foods are safe to eat.

In October 2009, the Center for Science in the Public Interest (CSPI) — a nonprofit health-advocacy group based in Washington, DC that focuses on nutrition and food safety — released a report
that names 10 high-risk foods that are not only FDA regulated but also are typically recommended as parts of a healthful diet. The report The FDA Top Ten: The Riskiest Foods Regulated by the US
Food and Drug Administration is confirmation that the government needs to reform the outdated food safety laws that contribute to thousands of foodborne illness outbreaks.

“Outbreaks give the best evidence of where and when the food safety system is failing to protect the public,” said CSPI staff attorney Sarah Klein, the lead author of the report.
“It is clearly time for the FDA’s reliance on industry self-regulation to end. The absence of safety plans or frequent inspections unfortunately means that some of our favorite and most
healthful foods also top the list of the most risky.”

Just which foods are on the nutritional watchdog’s list? You may be surprised.

“As consumers, we don’t have the power to check on these products,” said Kathleen Chrismer, whose 9-year-old daughter Rylee Gustafson was hospitalized for a month after becoming
seriously ill from eating spinach contaminated with E. coli O157:H7. “Without a better system to protect us, we are totally at the mercy of the next outbreak.”

More than 1,500 separate, definable outbreaks were associated with the top 10 riskiest FDA-regulated foods, causing nearly 50,000 reported illnesses. Since most foodborne illnesses are never
reported, these outbreaks are only the tip of a large, hulking iceberg. The distressing data come from the CSPI’s Outbreak Alert! database, which includes information on outbreaks
from 1990 to 2006 collected from the Centers for Disease Control and Prevention (CDC) and other sources.

The CSPI identified 363 outbreaks linked to iceberg lettuce, romaine, spinach and other leafy greens that were contaminated with E. coli, norovirus or salmonella; they caused a combined
13,568 cases of illness. Manure, contaminated irrigation water and poor handling practices are possible culprits. The FDA does not require farms and processors to have written food safety plans,
nor does it mandate specific safety standards for even the largest growers.

Eggs, a breakfast staple and an ingredient in numerous other dishes, were linked to 352 outbreaks and 11,163 illnesses, primarily from salmonella. Half of all egg outbreaks originated in
restaurants and other food establishments.

Fresh fish begins to decay quickly once caught, giving rise to bacterial growth. Tuna was the culprit in 268 outbreaks and 2,341 cases of illness. Scombroid, the illness caused by scombrotoxin, was
by far the most common cause of illness related to tuna dishes. Oysters, despite their limited consumption, were linked to 132 outbreaks causing 3,409 illnesses, primarily norovirus and vibrio.

Outbreaks involving potatoes don’t seem to make headlines but nevertheless were linked to 108 outbreaks and 3,659 cases of illness related to salmonella, E. coli, shigella and
listeria. Potato salad was a primary source.

Freaked about fruits and vegetables

Something must be done

Continued outbreaks of foodborne illness over the last several years have demonstrated that these outbreaks are not random, unpreventable occurrences. Rather, they are due to widespread problems
with the US food safety system, which has needed reform for decades. This year, Congress has the opportunity to change course and help protect children, the elderly and all others from foodborne
illness.

In July 2009, the House of Representatives passed the Food Safety Enhancement Act with broad, bipartisan support. That measure would give the FDA authority to require food processors to design and
implement food safety plans, provide specific safety standards that growers would have to meet, and require the FDA to visit high-risk facilities every 12 months or less (every three to four years
for other facilities). In the Senate, similar legislation, sponsored by Senator Richard Durbin (D-IL), is pending.

Until the US food safety system is overhauled, your best defense against foodborne illness is to stay informed, be choosy about where you eat, buy food from reputable purveyors, and follow safe
food-handling measures.