The Next Food Network Star is launching its deliciously competitive fifth season on June 7, 2009 with Bobby Flay as the host. The critically acclaimed chef, restaurateur, award-winning cookbook author and television personality gives his advice for home cooks to become professional chefs and shares two of his signature recipes for summertime grilling. 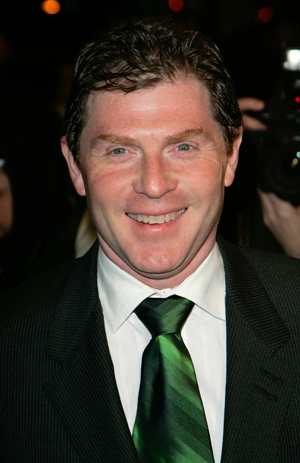 No surprise that only a select few aspiring chefs will become finalists on The Next Food Network Star. But that shouldn’t deter the dreams of those who want to pursue a culinary career. Bobby Flay, who has been cooking for more than 25 years, encourages people to follow their dream.

“If you want to be on TV, go to acting school. If you want to work in a restaurant, go to culinary school,” the host of The Next Food Network Star recommends. He also warns that it is a commitment that requires hard work and patience. “There is no magic, it’s a slow, steady process,” he adds.

Loving to cook at home is a start, but it is far different than working professionally. The restaurant environment is much more rigorous and extends beyond preparing one or two meals. You show up to cook and you work hard for hours at a time.

Bobby Flay suggests that you find a restaurant that will let you work in the kitchen so you can see the type of rigors you’ll be faced with as a professional chef. If you’re still determined, go to culinary school and then seek out a position at a restaurant with a chef you admire. “You don’t become a chef just because you graduate,” says the Food Network star. “Having a culinary degree gives you the ability to enter an entry level position at a restaurant. You learn in school, and you hone your skills in the field.”

And even if you aren’t pursuing a culinary career or aspiring to be on The Next Food Network Star, you can still continue to improve your cooking skills at home by watching celebrity chefs, following their cooking tips, using them as inspiration for new dishes, and simply having fun in the kitchen.

Regardless of a recipe, Bobby Flay says “make it your own” and cook it in a way that feels right to you. The next time you fire up the grill, give these signature Bobby Flay recipes a try.

Directions:
1. Divide the meat into 4 equal portions (about 6 ounces each). Form each portion loosely into a 3/4-inch-thick burger and make a deep depression in the center with your thumb. Season both sides of each burger with salt and pepper.

3. Add cheese, if using, to the tops of the burgers during the last minute of cooking and top with a basting cover, close the grill cover, or tent the burgers with aluminum foil to melt the cheese. Sandwich the hot burgers between the buns and serve immediately.

Top that Perfect Burger with Bobby Flay’s recipe for Chipotle Ketchup. The celebrity chef known for his love of the grill says, “I love ketchup as much as the next American does, but when I was designing the menu for Bobby’s Burger Palace, I knew that I wanted to have a little something extra to offer in the squeeze bottles. The simple addition of pureed chipotle in adobo gives prepared ketchup an exciting smoky edge, while still keeping its sweet yet tangy identity intact.”

Directions:
Whisk together the ketchup, chipotle, salt and pepper in a small bowl. Cover and refrigerate for at least 30 minutes to allow the flavors to meld. The sauce will keep for one week in a tightly sealed container in the refrigerator.

The Best Pasta Makers For an Authentic, Homemade Italian Meal

16 Slow-Cooker Chicken Recipes That Are Anything But Boring