Does the mention of Nutella send your mind to a blissful place of rich and creamy memories? Apparently you aren’t the only one. Though Google Trends ranks the chocolate hazelnut spread under chocolate and peanut butter, a Google search for Nutella will generate over 5 million entries (chocolate has over 22 million). Nutella may have started out in the 1940s as a way to extend the chocolate supply, but this sweet and dreamy spread has developed a cult-like following worldwide and now even has a day in its honor – World Nutella Day is February 5. Keep reading for a tasty selection of Nutella recipes. 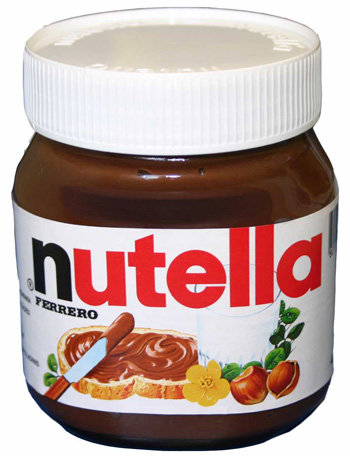 The history of Nutella

Nutella, in its original form, was first created in the 1940s by Pietro Ferrero, a pastry maker and founder of the Ferrero company in the Piedmont region of Italy.

At the time, cocoa was in short supply because of rationing due to World War II, so chocolate was very limited. Ferrero used hazelnuts – which are plentiful in northwest Italy – to extend the chocolate supply.

This original form of Nutella was actually made in loaves and wrapped in foil. This made the popular treat easy to slice and put in sandwiches. According to the Nutella website, children would throw away the bread and only eat the slices of Nutella, which then were referred to as pasta gianduja.

Ferrero altered his product into a paste that came in a jar. The creamy chocolate hazelnut mixture could then be easily spread on bread – and garnered the thanks of many mothers in Italy. This then became known as supercrema gianduja, to reflect that it was a spreadable version of the gianduja.

The popular spread was eventually renamed “Nutella” in 1964, with the origin of the word being “nut” and the “ella” giving it a soft ending (much like its blissful texture). Nutella was first imported from Italy into the US over 20 years ago and has grown in popularity ever since.

Due to the increasing demand for Nutella, the Ferrero company, also the maker of renowned Rocher and Rondnoir chocolates, built a plant in Somerset, NJ. Since then, Nutella has been sold in the peanut butter aisles in stores across the US. Nutella is currently marketed in over 75 countries worldwide, and outsells all brands of peanut butter combined!

>> 5 Things to do with Nutella

Mmmmm, the many uses for Nutella

Though slathering Nutella on bread or toast is a given, the chocolate hazelnut spread can be enjoyed in many other mouthwatering ways.

ON THE NEXT PAGE: Not your ordinary Nutella recipes