Nothing says dinner like a hearty flavorful meal featuring Mexican food. Instead of taking your family out to the local Mexican restaurant (or, gasp, the Mexican fast food drive-thru), let your family sit-down at home to this filling Mexican meal. These Mexican recipes are quick to fix, healthy and deliciously family-friendly. 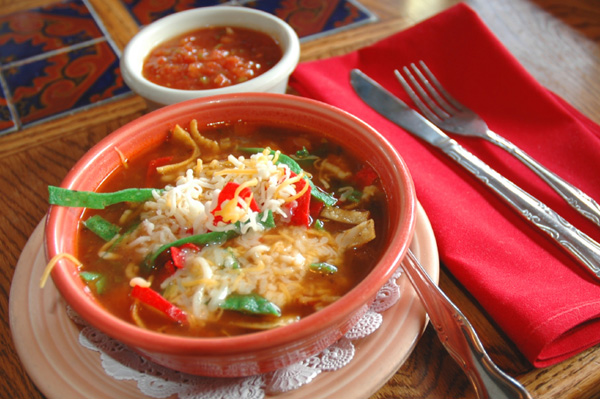 A light and flavorful way to start your Mexican meal. Toasting whole spices and then grinding them adds a depth of flavor that already ground spices can’t deliver.

Treat your family to a fresh take on the heavy, usually fried chimichanga. Filled with spicy citrus-kissed chicken, this phyllo-wrapped rendition is healthier and easier than deep-frying.

Instead of serving rice as a side dish for dinner, serve a sweetened rice for dessert. This cinnamon-spiced rice pudding will add a luscious end to your meal. Make extra and warm it up as a breakfast treat later in the week.

9 Tequila Cocktails (Besides Margaritas) to Sip During National Tequila Day