Recent studies have found that when combined, honey and cinnamon can have beneficial effects on your health. Benefiting everything from heart disease to weight loss and even life longevity and arthritis. Here are some simple recipes to enjoy the sweetness of cinnamon and honey and reap their potential health rewards. 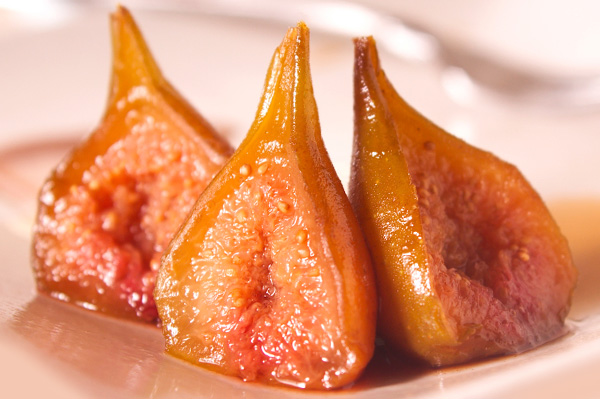 Cinnamon and honey have a holistic history

For years – and in many cultures – a mixture of cinnamon and honey have been known as holistic healers and benefactors of healthy living. The spicy-sweet elixir has been found to ease the symptoms of many common ailments from arthritis, cold, and flu to bladder infections and digestive problems. Cinnamon and honey are also believed to help boost the immune system and increase longevity. Because honey and cinnamon are natural foods, there typically have no side effects — but before you start consuming them medicinally, check with your doctor. Following are a few spicy-sweet recipes featuring cinnamon and honey — and regardless if you want to consume them for health or simply for taste, cinnamon and honey are irresistibly delicious.

Healthy recipes with cinnamon and honey

Makes 6 servings Ingredients:
3 tablespoons honey
1 teaspoon butter
1/2 teaspoon ground cinnamon
12 ripe figs, quartered but attached at base
1 teaspoon dried thyme Directions:
1. Preheat oven to 400 degrees F. Combine honey, butter and cinnamon in a small pot. Heat over medium-low heat until smooth and fully combined. 2. Arrange figs in a baking dish, with figs top up. Drizzle 1/2 of honey mixture on figs and bake in oven for about 15 minutes or until tender. Sprinkle figs with thyme and cook another 5 minutes. When ready to serve, drizzle with remaining honey sauce. Note: For an extra sweet treat, spoon figs over ice cream or cake, or top them with whipped cream.

More on cinnamon and honey

Starbucks Just Committed to the Environment in a Huge Way