Eating healthy is crucial for the 2008 Beijing Olympic athletes to bring home the gold. Not only do athletes need adequate nutrients and calories, they also need to eat food that is familiar and safe. Philadelphia-based catering company Aramark, with 13 past Olympics under its belt, is providing food for this year’s Beijing Olympics with the coveted gold medals in mind. Here is what the Olympic athletes and attendees can expect. 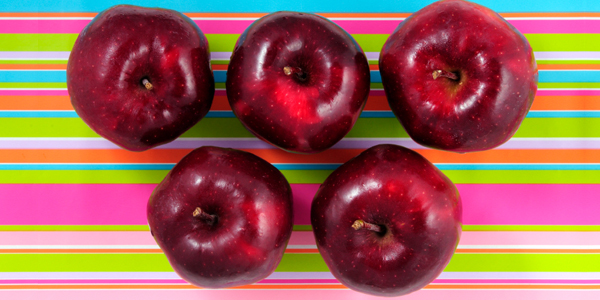 In a two-month period, more than 3.5 million meals will be served to athletes and visitors of the Olympic and Paralympics Games.

With the help of approximately 6,000 chefs and kitchen staff, more than 100,000 meals per day will be served, consisting of a combination of traditional Asian food (Chinese, Japanese, Korean, or Indian) and food from the home countries of other athletes.

Catering to the world’s athletes

With more than 10,500 athletes from 204 countries, serving cuisines that suit everyone is a huge challenge.

Aramark tested more than 600 recipes with multitudes of ethnic ingredients with the purpose of giving all the athletes a familiar feeling of home.

Food from more than 18 countries will be prepared by chefs from each country so the athletes can smell and taste food from their homeland.

The majority of the food served will come from China, with hard to find ingredients, such as pasta sauce, coming from abroad.

Due to the controversy surrounding Chinese food containing hormones or steroids, proteins, fruits and vegetables are under close scrutiny, following a very specific path from farm to table. (Read Food safety an Olympic challenge for Beijing Games.)

Another challenge of the service will be to make sure the right food arrives at the right temperature in the right quantities to avoid food poisoning, running out of food and large amounts of waste.

Meeting the many types of dietary needs

The Olympic Village’s 24-hour dining hall will meet the many types of nutritional, food allergy and religious needs.

To help with this, each food station will have pictures of the ingredients, such as a pig or eggs, as well as the menu in the three official languages of the Olympics – English, Chinese and French.

For athletes and attendees who count calories, vitamins, minerals or grams of protein, carbohydrates and fat, nutritional information will also be available at each station.

Another option for the athletes and guests will be the more than 300 traditional Chinese restaurants (many of which have updated their systems by accepting credit and debit cards and adding English to their menus). Many restaurants have designated nonsmoking areas in their establishments.

A fast food taste of home

Athletes and visitors who can’t live without a Big Mac and fries can visit the four McDonalds locations in the Olympic Village.

If an athlete cannot make it to the dining hall, an Olympic lunchbox is packed, typically containing a turkey and cheese sandwich, vegetables, pasta salad, bread, fruit, a granola bar and cookies.

Carbohydrates are essential for energy and replenishing those muscle glycogen stores – pasta and fresh fruit are two of the most popular foods.

Athletes and attendees are expected to munch 15,498 pounds of asparagus, 2,800 pounds of bean sprouts, 9,300 heads of lettuce (rich in vitamin K and other nutrients) and 10,827 bunches of fresh parsley (also high in antioxidants).

To help repair worked muscles, athletes will look for proteins. Approximately 280,000 pounds of beef and lamb will be eaten.

In addition to herbs and spices and other flavorful ingredients, around 32,800 pounds of margarine and 30,000 pounds of butter will consumed.
*Food amounts are for a three-week period.

Want to serve your own Olympic food? Check out How to throw an Olympic-themed party.

And for more delicious Olympic news, be sure to check out the following links:

Five fantastic Olympic females, where are they now?

The One Where They Created a Totally Unnecessary Friends Product