When you start appreciating craft beers, buying them is much like buying fine wines. You want to purchase brews that are going to be appealing to your palate, mood and, if dining, food. If you are new to buying quality beers, here are a few tips to buy the best brew for you.

Once you have the craft brew basics down, buy a variety of beers and taste-test them to discover the beers that appeal most to you. Because of their uniqueness, seasonal beers are a good start.

There are types of beers that are only produced during certain seasons and beers that just taste better during particular seasons. Samuel Adams is a perfect example of a brewer that produces beers with the seasons in mind. This large brewery produces eight seasonal beers including summer ale, holiday porter, winter lager and white ale. There are other seasonally-oriented breweries and, in general, seasonal beers share certain characteristics depending on the season.

Summer ales are usually light-colored, light- to medium-bodied and bubbly. Wheat beers (perfect with a slice of orange or lemon), pilsners, pale ales and cream ales are good choices for a summer afternoon. Spring and fall beers are typically maltier, medium-bodied and golden-colored. Bocks, Oktoberfests, and lagers are good for these seasons. Winter beers are darker, full-bodied and usually have the most alcohol. Winter beers like old ales, stouts, Belgian ales, Trappist ales and porters are fitting for holiday festivities. Simply take advantage of the time of year and enjoy the beers in season.

BEER IS THE NEW WINE

If you know your wines but are new to quality beers, you can acquire a taste for beers by looking for similar wine-centric flavors. For example, if you like dry red wine, try fruit lambic or other fruity Belgian beers. Champagne lovers will generally enjoy a bubbly light wheat beer. Port drinkers can substitute a stout or porter. Brandy fans may have an affinity for a barleywine, old ale, or a bock.

A general rule is that lagers are equivalent to white wine, and ales to red wine. Tasting beer is similar to tasting wine. Take an appreciative sniff, take a drink, roll it around your mouth and enjoy the discerning aftertaste upon swallowing. 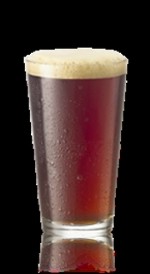 Craft beers tend to be slightly more expensive and are made for tasting and sipping – think quality more than quantity. As a rule, opt for less pricey beers for large casual parties (like the Superbowl) and choose more expensive brews for intimate get-togethers or more formal small dinner parties.

Many local grocery stores are beginning to shelve craft brews but you can also buy beer from specialty stores and, best yet, you can taste-test beers at brewpubs (never fear asking the bartender for suggestions to quench your brew thirst) and brewery tasting rooms.

Also, you can make it part of dining experience and sample a flight of beer. A flight is four or five varieties of any beverage (wine, scotch, sake, beer, etc.). This is a great — and cheaper — way to figure out your favorites. And the portion sizes are smaller, so you don’t have to worry about finishing a pint of each of the beers you would like to sample.

There is no better technique to become more beer savvy than taking every opportunity to try a new brew or two. In no time, you will have a delicious variety of beers in your refrigerator just waiting to be paired with complementary food or enjoyed alone at the relaxing end of the day.

How to best serve craft beers