Tired of the same old brisket recipe? Give this traditional dish a modern spin with a recipe featuring the kick of wasabi and the tenderizing power of beer. 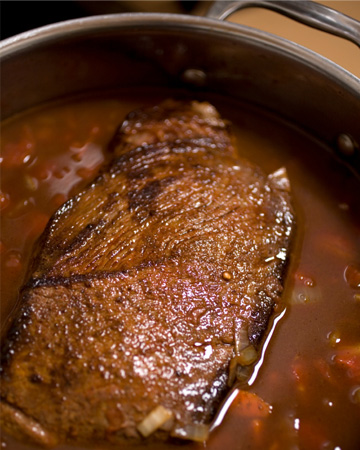 Need a break from the boring? Serve this delicious dish instead of plain brisket to bring back the sweet sounds of “ooo” and “aah” (not to mention a well-placed “mmm”) during your next Sunday dinner.