Rosh Hashana is a joyous occasion when families sit down to a festive meal of symbolic foods. The traditional sweet foods of this time can be a challenge for a low-carb diet, but there are ways around it.

Related story Win Your Seder with These Bubbe-Approved Passover Dishes 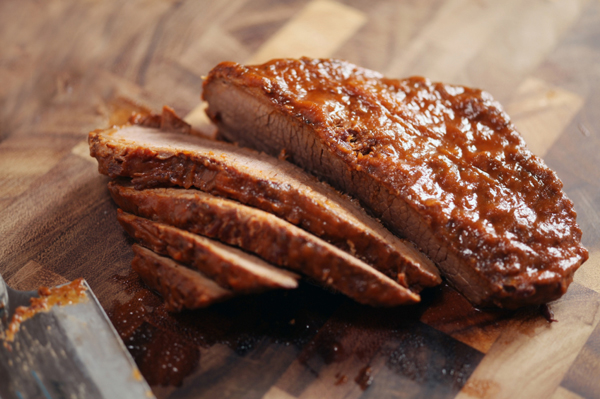 Rosh Hashanah, means literally “Head of the Year.” By tradition, the Jewish New Year is the world’s birthday. This is a special time for prayer, forgiveness, introspection and casting away your earthly cares and concerns. It’s also a time to evaluate the past year and look forward to a new one. It is traditional for Jewish people to visit bodies of water filled with fish to cast their sins away. In synagogues, people listen to the ram’s horn that speaks to their souls and greet each other with wishes for a prosperous new year.

It’s also a time to feast. Placed at the head of the table is a fish head, representing prosperity and the start of a new year. Exotic fruits such as pomegranates are consumed this time of year as well.

While celebrations are certainly in order, it doesn’t mean you have to forgo your low-carb diet. Instead of eating a baked apple dipped in honey, try a symbolic slice of uncooked apple dipped in Splenda. Or try pomegranates that are rich in symbolism of prosperity and fertility with their numerous seeds.

It is a religious requirement to eat bread on Rosh Hashana, so try a whole wheat flat bread recipe. As an alternative to the fluffy white Eastern European Challah, this is a complex carbohydrate bread within the Middle Eastern tradition. Dip it in Splenda instead of honey.

Recipe adapted from World of Jewish Cooking, by Gil Marks.

Recipe adapted from World of Jewish Cooking, by Gil Marks.

Editor’s note: This recipe is very high in carbs, though the carbs come from whole wheat. To cut down on carbs, consume one-half or one-quarter of a serving.