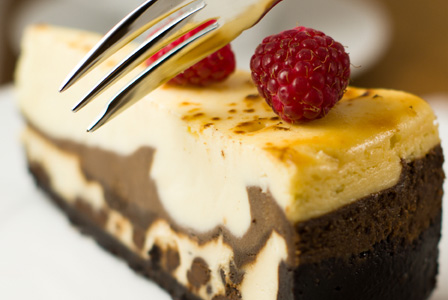 Creative cooks and their lucky loved ones will be inspired by Mary Lou Richards’ chocoalte raspberry cheesecake recipe, which won the 2005 Ohio State Fair’s Best of Show.

This recipe was provided courtesy the Ohio Poultry Association (OPA). The recipe is one of several featured in a recipe booklet: Champion Cheesecakes: Recipes for Every Season, produced by the American Dairy Association & Dairy Council Mideast (ADADC) and OPA.