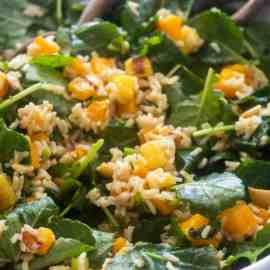 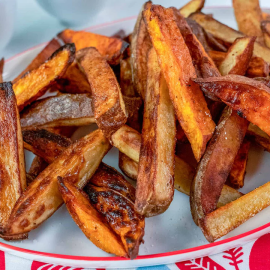 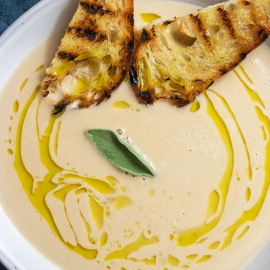 Now that the weather is finally cool and all of our chunky sweaters have been taken out of storage, it’s safe to say that soup season is officially upon us! Giada De Laurentiis has a comforting and fresh take on traditional minestrone that will satisfy your craving for something hearty while also packing even more nutrition than the classic recipe.

Rather than adding pasta or rice into the soup, De Laurentiis instead adds quinoa, which “packs a serious nutritional punch,” as is written in the caption of a November 28 Giadzy post. “It’s a brightly flavored, delicious soup.”

This minestrone is so easy to make, too, and requires no babysitting — just throw your ingredients into your slow cooker and let it do its thing.

Like pasta or rice, the quinoa doesn’t go into the soup until it nears completion. You first have to start with getting your broth super flavorful with veggies like carrots, onion, and celery, as well as tomatoes, white beans, and a Parmigiano rind. You can use either a store-bought broth or something homemade.

After everything cooks for four hours, you can then add quinoa and cook for an additional 30 minutes.

And to add a bit of zest and brightness to the soup, De Laurentiis suggests mixing in chopped fresh basil and a bit of lemon juice to wake up those deep flavors. And of course, you should always serve your minestrone with grated Parmigiano-Reggiano on top.

To kick off soup season with a bang, you can grab the full recipe over on the Giadzy website and feel good that at least one of your winter go-to meals doesn’t include pasta (it’s hard, we know).