Ina Garten fans know: The Barefoot Contessa host’s Beatty’s Chocolate Cake recipe is the ultimate go-to dessert recipe. For birthdays, for holiday gatherings, for graduations, for any celebration, really, the chocolate cake recipe is not only incredibly easy to follow, but it’s also always guaranteed to be a hit with guests. And after hearing her fans’ plea for the chocolate cake recipe to be transformed into a cupcake recipe, Garten finally did it — and we, for one, cannot wait to try it.

“So many people have asked if they can turn Beatty’s Chocolate Cake into cupcakes that I decided to test it,” Garten writes. “The answer is YES!!”

The good news for avid Garten fans is her Beatty’s Chocolate Cake recipe doesn’t require much tweaking to make it work for cupcakes. So, if you’ve made the recipe before, you’re already a pro.

“One recipe of the cake makes 24 cupcakes,” Garten says.

Next, you’ll make your batter; and once you’ve poured said batter into your cupcake pans, you’ll bake for 25 to 30 minutes, instead of the usual 35 to 40 minutes. Let the cupcakes cool in the pan for about 30 minutes.

The second element that really makes these cupcakes shine is the chocolate buttercream frosting. For cupcakes, you’ll want to double Garten’s recipe, which starts by melting the semisweet chocolate, followed by blending it with butter, egg yolk, vanilla, sugar and coffee.

“Doubling the frosting recipe makes a little too much frosting,” Garten says, “but I’ve never found that to be a problem, have you??”

Once the cupcakes have cooled, decorate ’em with your frosting — and serve.

Get the full cupcake recipe at Garten’s website, Barefoot Contessa. 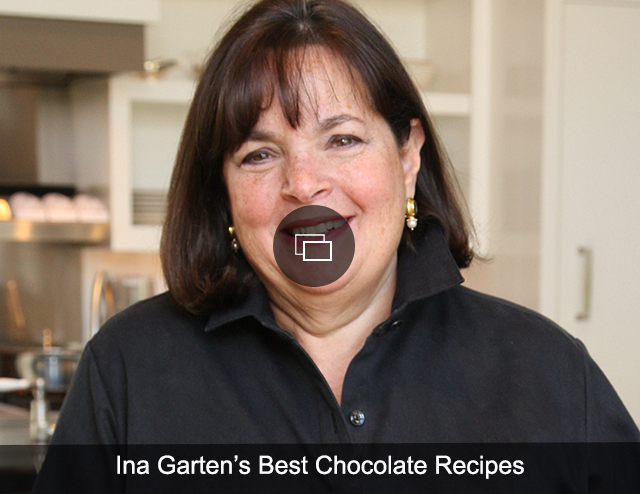