They say imitation is the highest form of flattery. Well, Trader Joe’s should be feeling very flattered right about now, as Aldi has released three seasoning blends, two of which look very familiar to a couple of Trader Joe’s popular seasonings.

Launched this week, Aldi unleashed three brand-new seasonings, Umami Seasoning, Elote Seasoning, and Nashville Hot Chicken Seasoning, which made its debut in chip form last year. They’re all a bargain, too, priced at $1.95 each, about a dollar cheaper than Trader Joe’s seasonings, which sell for $2.99 a bottle.

“This week, I think these seasonings will be gone in a snap!” writes Aldi Favorite Finds.

Let’s compare the blends to Trader Joe’s, shall we? 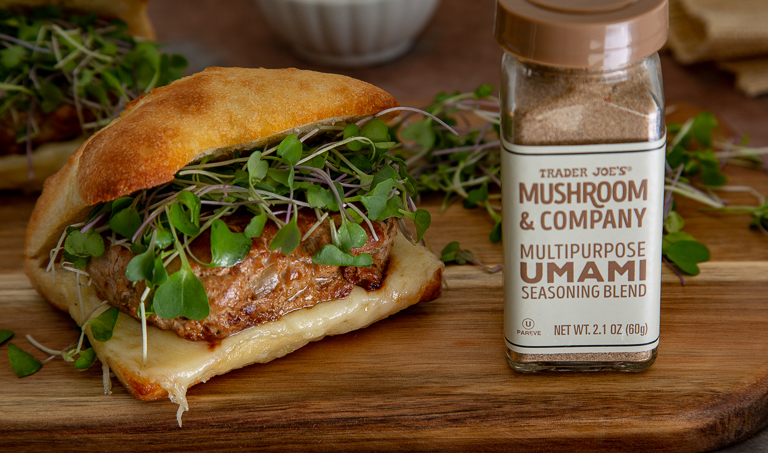 While they’re not identical in ingredients, they’re likely to both boast an “earthy” and “pleasant savory taste,” pairing very well with really anything, from fish and eggs to burgers.

Elote is a quintessential summer food in the Southwest. The beautifully charred corn on the cob slathered in crema, rolled in cilantro and cotija, and dusted with chili powder, like paprika. Perfecto! And now, not one but two of our favorite grocers have captured said flavors with their own versions of an elote seasoning.

Lastly, we have Aldi’s popular Nashville Hot Chicken Seasoning. Trader Joe’s doesn’t have a hot chicken blend (yet), but Aldi’s contains cumin, oregano, brown sugar and vinegar — perfect for, yes, chicken, but it’s also destined to be used on your next batch of popcorn.

Before you go, check out all of the Trader Joe’s products you can shop right at Walmart: