From replacing testers and vegetable peelers at least once a year to equipping your kitchen with a Dutch oven and even a 14-piece cutlery set, we’ve learned a lot this past year from our favorite TV chefs, including Ina Garten and Martha Stewart. And now, we have one more piece of important intel to add to our arsenal, thanks to Giada De Laurentiis — and it involves ensuring your kitchen is equipped with a product the Food Network host and celebrity chef calls “the most underrated kitchen tool.”

“When it comes to certain culinary tasks, put the knife away and pull out our favorite underrated kitchen tool: the scissors,” De Laurentiis’ website, Giadzy, states.

That’s right, scissors. You likely already have a pair of kitchen shears, but did you know that you can use it for more than merely opening up packages? For De Laurentiis, that includes using the kitchen tool to do everything from snipping the ends of artichoke leaves, cutting bacon strips, trimming pie crusts, slicing up meats such as salami and prosciutto, snipping herbs such as green onions, splitting open chicken, cutting quesadillas, dicing chicken breasts or steak, cutting greens, and even chopping up whole canned tomatoes.

“For many jobs in the kitchen, we actually prefer to use the shears over any knife,” Giadzy states.

Jonesing to give it a try, but don’t have a pair of kitchen shears laying around? Don’t fret; we have a few we highly recommend. For scissors on the lower price end, but still get the job done (and get the job done well, according to thousands of Amazon reviewers), give MAIRICO’s Ultra Sharp Premium Heavy Duty Kitchen Shears a shot. They’re currently less than $10. 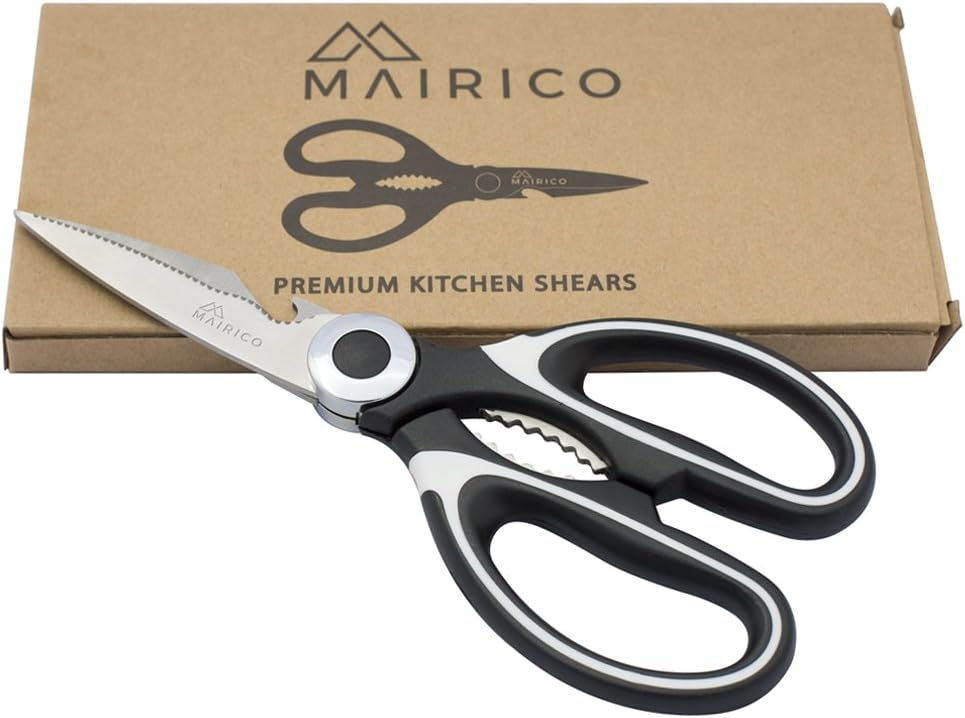 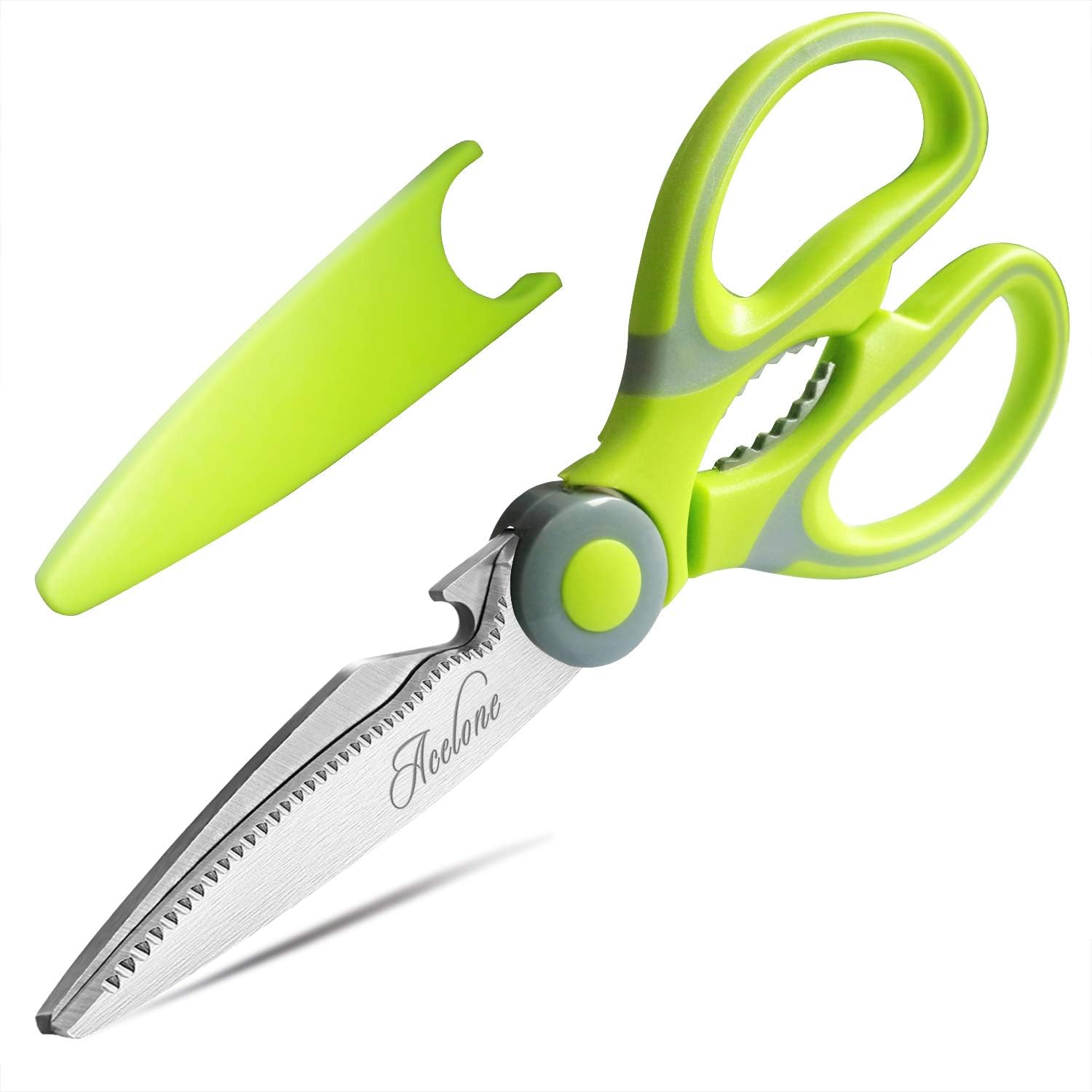 We also love this pair of KitchenAid All Purpose Shears, also super-affordable at $8.99. 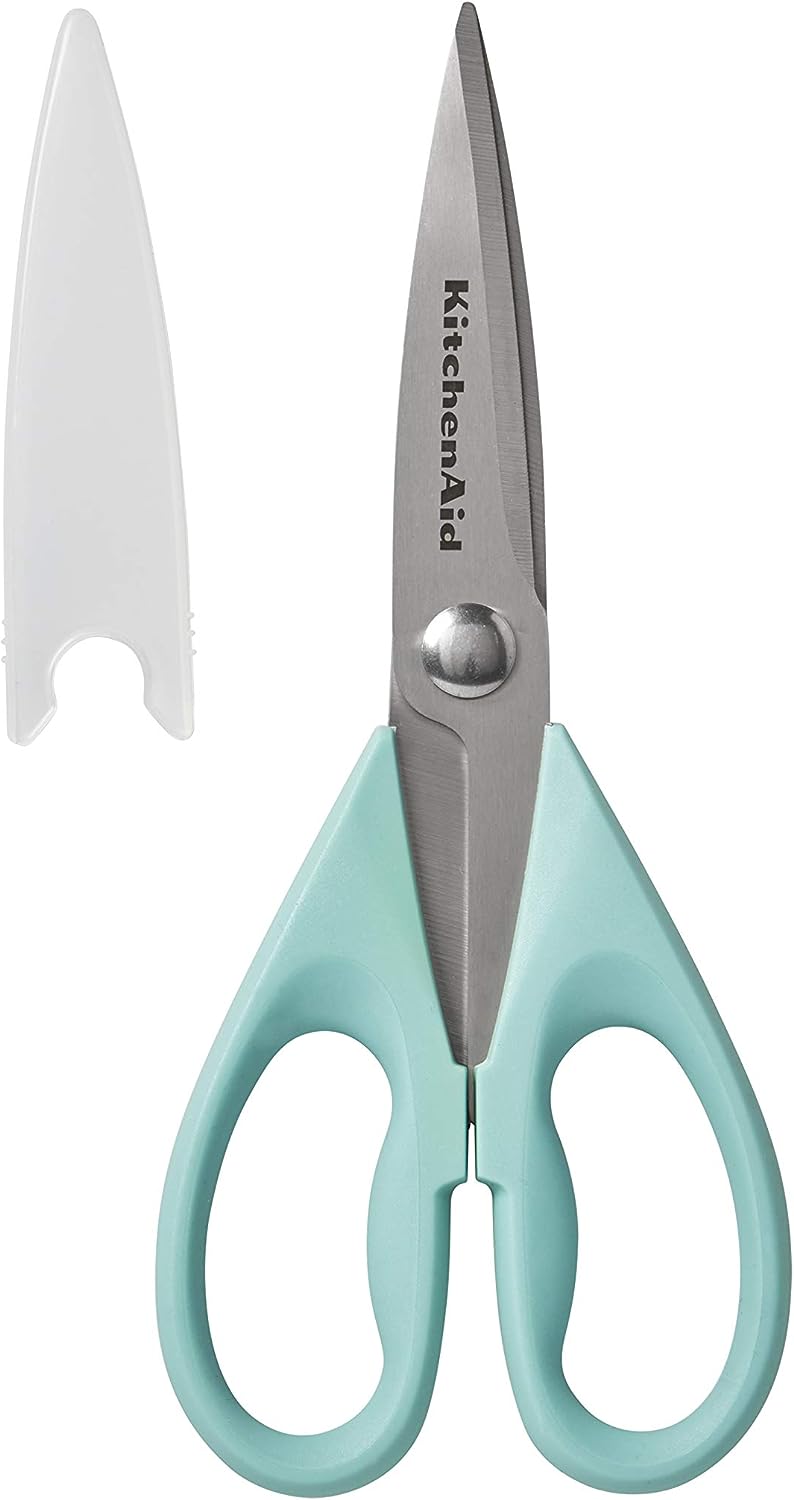 A bit higher up in the price range — and boasting a near-perfect score on Amazon — is OXO’s Good Grips Multi-Purpose Kitchen and Herbs Scissors. It’s less than $20.

But for the holy grail of kitchen shears, look no further than Shun. These professional-quality Japanese shears are $80. 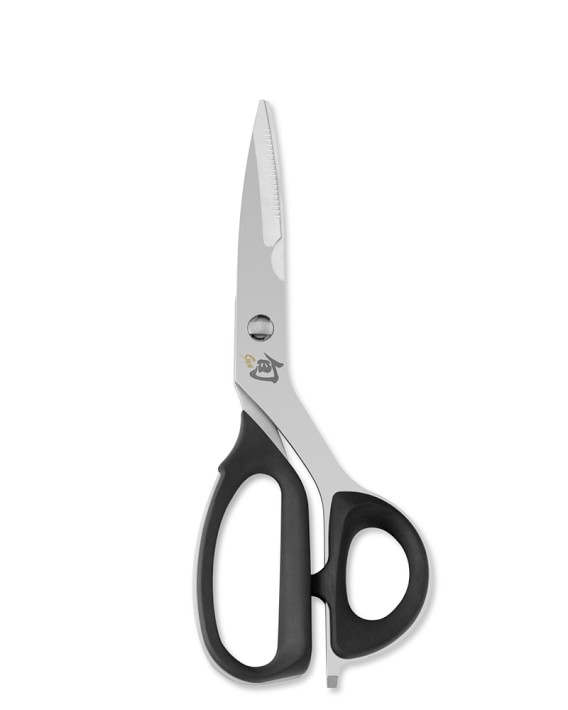 Before you go, check out these chic cookware brands that give Le Creuset a run for its money: