It’s kind of not fair that Chrissy Teigen’s household has not one, not two, but three adults who are clearly masters in the kitchen. We’re talking about the Cravings author herself, of course, as well as mom Pepper. But also: John Legend, who’s no slouch himself and clearly makes a mean fried chicken. Last week Teigen shared a sneak peek of her husband frying up some kid-friendly chicken tenders (and apparently not burning his fingers in boiling oil) and now the full video of Legend making his Luna-Approved Chicken Tenders (also called “Johnny Tenders” lol) is up on Teigen’s website.

Johnny tenders are ready for your warm embrace! May your family love them as much as ours! Link in bio! @cravingsbychrissyteigen

This dish was born out of Legend’s well-known fried chicken recipe and his two (soon to be three!) children’s preference for the “tenders” or “fingers” variety — whatever you want to call them, with one exception: “Not chicken nuggets. Tenders!” Legend clarifies in the video clip. To see if this dish passes the family taste test, Chrissy Teigen asked their 2-year old son, Miles, if they are “approved?” He nodded his head, giving us the green light to try them out ASAP.  From the recipe name, we also know that they’re Luna-approved. See the full recipe demonstration for “Johny Tenders” here.

Note that this isn’t some quick and easy, whip-it-up-on-a-busy-weeknight recipe (at least not in our house!). You’ll need to make a buttermilk marinade for the chicken, which ideally should soak in it overnight or for at least a few hours during the day before preparing dinner. So, you know, it requires some planning.

Next, combine flour, buttermilk, and select spices to coat the chicken for the breading. Remove the chicken from the fridge and dip the pieces in the mixture before placing them onto an oil-coated cast iron pan to cook. Keep them on the heat until cooked through and golden brown. Make sure to turn them once, and remove onto a paper towel to absorb any extra grease.

Legend and Miles apparently love dipping these in Teigen’s honey mustard-ranch dip, and fans on Twitter wanted to know a lot more about that. (Don’t worry, the recipe is provided!) But whatever these are dipped in, we think they look amazing. Now if only John could cook them up for us himself.

Get more details on the ingredients Chrissy Teigen loves to use while cooking: 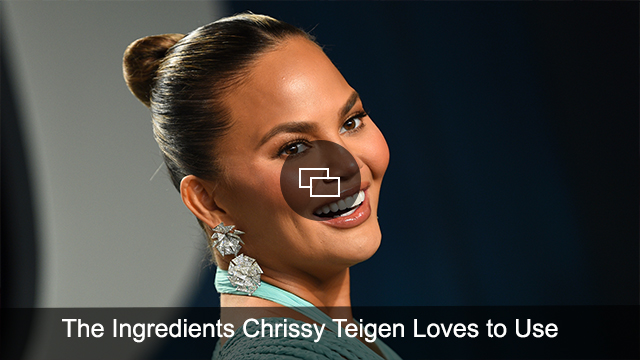 Move Over Baked Feta, Because Grilled Feta Is The Tastiest Recipe We’ve Seen All Summer