It’s no surprise that the Trump family doesn’t place much value on things like ethics, morality or even basic human decency, but Ivanka Trump’s latest gaffe was a new low, even for her. In case you missed it last week, Goya Foods CEO Robert Unanue boldly praised President Trump during a trip to the White House and #BoycottGoya quickly took off on Twitter. Even celebrities like Chrissy Teigen voiced their displeasure for Unanue’s remarks. Goya Foods, the largest, Hispanic-owned food company in the United States siding with a man who has a has been known to call Mexican immigrants rapists obviously didn’t sit well with a lot of people.

Fast-forward a few days and Twitter is once again in an uproar, but this time, it’s because Ivanka Trump posted a less-than-ethical image to Instagram.

If it’s Goya, it has to be good. Si es Goya, tiene que ser bueno.

The first daughter captioned the photo “If it’s Goya, it has to be good. Si es Goya, tiene que ser bueno.”

Ivanka Trump clearly posted the photo in response to the Goya boycotts, but as a senior advisor to the White House, people are wondering if she may have violated a federal ethics rule by promoting the product on her social media account. According to The United States Office of Government Ethics, “Executive branch employees may not use their Government positions to suggest that the agency or any part of the executive branch endorses an organization (including a nonprofit organization), product, service, or person.” It seems like Trump’s Goya endorsement is a pretty clear violation of that rule. Could there be any legal repercussions? Only time will tell.

Why is a senior White House official endorsing a food product?

If it's Ivanka, it has to be vapid, feckless, insincere, and complicit. You never even held a can of Goya before your racist dad #RecklessTrump decided he needed a distraction.

You do know you just violated the law, don't you? And that the statute of limitations just started running today? And the next president will be in office in less than a year? And that if it's not your dad, real prosecutors will enforce the law and fine you?
5 CFR § 2635.702(c)

But perhaps our favorite response of all comes from Rep. Alexandria Ocasio-Cortez:

This Twitter user offered a great piece of advice to anyone who wants to voice their concern about this unethical endorsement.

Any U.S. citizens concerned with federal ethics code violations such as these should call the U.S. Inspector General at (202) 514-3435.

Just to be safe, call them again tomorrow. And again the next day.

And in the meantime, make sure you’re registered to vote and consider supporting ethical food brands.
Here are some of the Black-owned food brands we love: 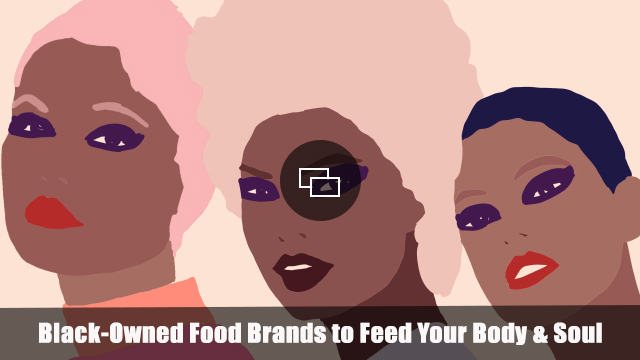