If there’s anything that could save 2020, it’s Trader Joe’s — specifically, the new cookie butter-flavored beer from Trader Joe’s. And that’s exactly what we’re going to get sometime this fall.

Catherine Rhodes, Product Developer at Trader Joe’s, discussed the grocer’s new boozy offerings in TJ’s most recent podcast episode, titled “Trader Joe’s Talks Beer and Beyond,” and said, “The one I’m probably most excited about is the Cookie Butter Beer.”

Whoops! Pardon yesterday’s blunder—our #Beer & #Snacks episode of #InsideTraderJoes is Episode 27, not Episode 26. In case you missed it: — Whether you’re sipping from a glass or swigging from a can, #beer may be the ultimate summer beverage. On this episode of the #podcast, we take you deep into the history of beer, then jump back into the now to talk about some of the best beer to bring home from your local #TraderJoes. . Of course, when drinking beer, one MUST have #snacks, so we suggest some stellar snack pairings, too. What are you waiting for? Pour a pint of your favorite brew, fill a bowl with snacks, then tap the LINK IN OUR BIO to listen! 🎧🍺🥨 __ Available now, wherever you get your #podcasts. 📡

And if cookie butter beer isn’t your thing, never fear: that’s not the only beer slated to come out this year. Trader Joe’s also has plans to release a coffee peanut butter porter, a ginger beard spiced stout, and a toasty cookie spice cider.

The four new unique brews follow the release of the KBC Mighty Cascade Brut IPA, released earlier this year. Plus, Trader Joe’s expanded their popular Shell House Hard Seltzer line with the addition of two new flavors, raspberry and lime. But, as the episode reveals, their work in the alcohol aisles is far from done.

The days are long, the sleeves are short, and summer is in full swing! From sassy #spritzers to suds of a stronger sort, #TraderJoes has everything you need to slake your summer thirst. Tap the link in our bio to learn more about these carbonated quenchers*… 🐚🥭🍺 . ✨ Shell House Pomegranate Sparkling #HardSeltzer ✨ Simpler Wines Mango #Frizzante** ✨ Simpler Times #Lager …………………………………………………………………………. *Available only in TJ’s stores where beer is sold. **May be temporarily out of stock in some locations; scheduled to bubble back in beginning Monday, 7/6.

But back to the new beers…here are more details on these intriguing offerings:

“This has got a bunch of weird stuff in it,” says Matt Sloan, VP of Marketing, “and it also, at that higher ABV level, at that sort of dessert cookie profile. I don’t think this is something that you have while mowing the lawn.”

According to Rhodes, this “after-dinner dessert beer” is two years in the making, and after 18 iterations, they finally nailed down the recipe for this 9.5 percent ABV Imperial ale.

Expect the drool-worthy beer to hit shelves in September.

In stores around Halloween, TJ’s Coffee Peanut Butter Cup Porter — made with a peanut butter powder — is what Sloan calls “road soda for trick or treating.”

All we know about this seasonal stout is it’s inspired by last year’s popular Howling Gourd Pumpkin Ale, which will return to stores this fall.

“They’re using really warm winter spices, so cinnamon, nutmeg, allspice and clove,” Rhodes says of both the new stout and the new cider. “And the one thing that’s really important to point out about the cider is it’s a 100 percent fermented apple juice. It’s not from concentrate. It’s definitely more expensive to use that as the ingredient, but it’s a much better product.” 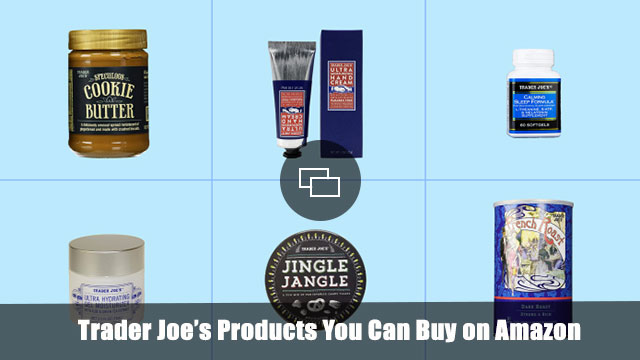