Why wait to get your chocolate fix when you can start your day with it? At least, that’s the thinking behind Giada De Laurentiis‘ latest dessert creation: half brownie, half banana bread. According to the Food Network star and chef, this dessert hybrid is “healthy enough to eat for breakfast,” and we can’t argue with that.

Half brownie, half banana bread, and healthy enough to eat for breakfast. That's a win win WIN. Get the #recipe in the profile link! #glutenfree #dairyfree

“This recipe is a win-win,” writes De Laurentiis on her website, Giadzy. Plus, it requires no dairy, no gluten, and barely any sugar. “These banana bread brownies are just as tasty for dessert as they are for a midday snack … and with oats, bananas, almond flour and almond butter, they’re even virtuous enough to eat for breakfast!”

Toss in some cocoa powder and chocolate chips, and you’re ready to bake. Forty to 45 minutes later, you’ll have a glorious pan full of moist, irresistible banana bread brownies.

More of a walnut fan? De Laurentiis also has a popular gluten-free banana walnut bread recipe that also combines almond butter and bananas, in addition to a blend of flours. De Laurentiis and her team love the recipe so much, she’s including it in her new cookbook.

Whatever banana bread recipe you choose to bake this weekend, you can’t go wrong — because when has De Laurentiis ever led us astray?

Before you go, check out some of Giada’s best vegetarian recipes below: 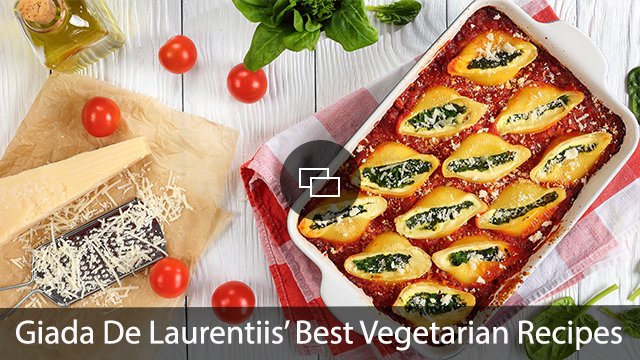