Fresh veggies have never seemed more precious than they do right now. With many of us relying on delayed grocery delivery, waiting weeks in between trips to the store, or getting produce boxes delivered, we want to make sure that we use every last potato, green, and pepper in our kitchen before they go bad. But there are only so many kitchen sink soups we can stomach before craving something different, and thankfully, Giada De Laurentiis has a veggie casserole that makes great use of those veggies before they spoil.

One comforting vegetable casserole, at your service! 🍅🥕🥔 You can swap out the veggies in this recipe for basically whatever you have on hand – it's a delicious hodgepodge. Grab @giadadelaurentiis' recipe in the profile link!

De Laurentiis says herself that the recipe is more of a guideline than a strict list of ingredients to follow – she just says that you need to cut the vegetables in similarly-sized chunks so everything cooks evenly.

Unlike many casseroles, which are full of heavy cream sauces and topped with ungodly amounts of cheese, Giada’s veggie casserole actually tastes light and fresh. Since you’re using up your produce, you can combine both hearty root veggies like potato, sweet potato, and carrots with lighter veggies like zucchini, tomato, and red onion to keep the flavors bright.

The topping is a simple mix of breadcrumbs and grated Parmesan, which turns golden brown and crispy in the oven.

Once the veggies are sliced, layered in your pan, and covered in the topping, you just pop the dish into the oven for about 40 minutes, until everything is tender. Serve on its own or with a side dish of pasta, rice, or crusty ciabatta slathered in good olive oil, and you’ll feel like your veggie odds-and-ends have been transformed into a 5-star meal.

Get the recipe from The Giadzy.

Before you go, check out some of Giada’s best pasta recipes below: 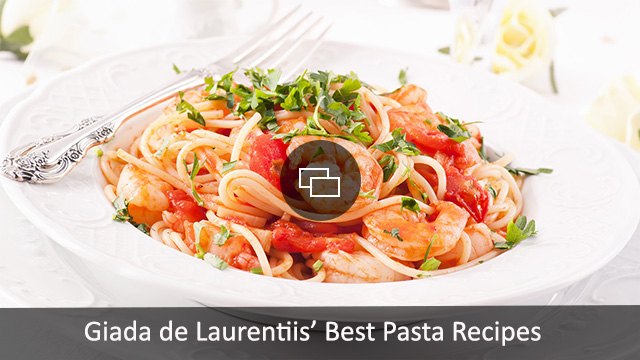 23 mins ago
by Justina Huddleston