As if we all needed yet another reason to shower her with eternal praise, Ina Garten’s out here making copycat Shake Shack Chick ‘n Shack Sandwiches to feed our weary souls — and, you know, mouths. Being the fairy godmother of food that she is, Garten not only re-created the super-popular food chain recipe, but she also dropped a link to her version. Obviously, we’ll now be channeling our inner Ina every time a hankering for Shake Shack strikes (but we’re too lazy to actually make the commute to one).

Taking to Instagram over the weekend, Garten shared a mouth-watering photo featuring two rows of these grab-and-go delights. “I’m filming new episodes of Barefoot Contessa today and I just made these amazing fried chicken sandwiches inspired by the @shakeshack Chick’n Shack,” she wrote. “The chicken is marinated in buttermilk and double-dipped in the coating mixture so that they’re extra crispy — it’s what’s for lunch!” Um, or breakfast or… who are we kidding? We’ll be downing these babies around the clock.

Not surprisingly, we aren’t the only ones who are thrilled with this knockoff news. Even Shake Shack founder Danny Meyer couldn’t help fanboying over Garten’s post, writing, “There is no higher compliment than when @inagarten covers your song! You can cook me a Chick’n Shack any day of the year. #honored @shakeshack.”

I’m filming new episodes of Barefoot Contessa today and I just made these amazing fried chicken sandwiches inspired by the @shakeshack Chick’n Shack. The chicken is marinated in buttermilk and double-dipped in the coating mixture so that they’re extra crispy—It’s what’s for lunch! The recipe is available on barefootcontessa.com

That little social media tête-à-tête led food writer/editor Jake Cohen to wonder aloud whether there wasn’t the potential for enterprise in the exchange. “I could eat this whole tray,” he said, adding, “When’s the Shake Shack x Ina collab??” And, God yes. We need that. We deserve that. Don’t we? This year could use more Shake-Shack-slash-Ina-Garten sparkle.

Perhaps the best part of this whole story (it’s hard to choose, TBH) is how easy Garten’s copycat Chick’n Shack recipe really is. Sure, you’ve got to put a little time into the prep work. But this way, you get to stay home and listen to your favorite true-crime podcast while you cook on those days you’re craving Shake Shack but just don’t want to people.

It’s also kind of fun to know that Garten herself can’t resist this fast-food favorite. In February, she shared her love for the sandwich with Food Network magazine. “For years I thought about making fried chicken by double-dipping the chicken in the buttermilk and flour mixtures to form a thick, crispy crust. But I never actually got around to doing it. Then, when Shake Shack’s cookbook came out, I realized that was exactly the method they used for their fabulous Chick’n Shack sandwich! I decided it was finally time to roll up my sleeves and give it a try,” she revealed.

If by some chance you’re not as obsessed as we — Garten is now part of our proverbial “we” since we clearly have so much in common — are with this sandwich, know this: During an episode of Barefoot Contessa, Garten referred to the Chick’n Shack as “the best fried chicken anyone has ever had.” So, please, excuse us while we go whip up some Aperol spritzers and get ready to fry up some copycat chicken sandwiches.

Before you go, check out these other impressive Ina Garten recipes. 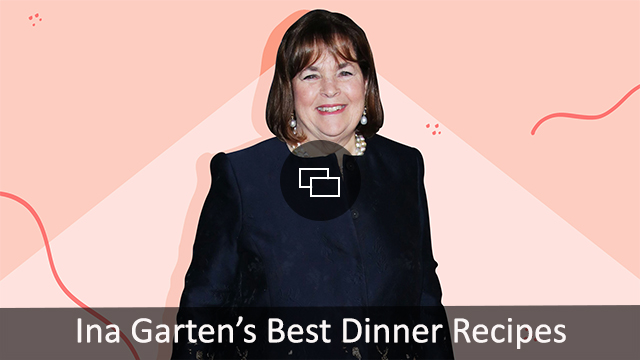