There’s a lot to love about Costco. We can stock up on healthy gluten-free foods to make weeknight cooking a breeze (hello, everything bagel cod), fill our cars up with gas, and load our fridge with our favorite Starbucks ready-to-drink items. But one of the best things about Costco is that for the longest time, even if you weren’t a member (or just hadn’t gotten around to renewing yours yet), you could stop at the food court to get a hot dog and a soda for $1.50, one of the cheapest lunch deals around. Well apparently, that’s all about to change — it’s rumored that beginning this March, only those with an active Costco membership will be allowed to buy food from the food court.

⚡️UPDATE: THIS HAS BEEN CONFIRMED! May still vary per store and roll out date may vary as well… . 🤔Received a ton of DMs on this today…and need some #Costco Employees to chime in and confirm or deny and let us know if this is true or not and if true be nationwide? . 🌭🍕To us it makes complete sense! Not sure why it’s taken Costco so long to implement…I mean you have to have a membership for gas….Any employees out there that can help clarify this?😍

The news was broken by the @CostcoDeals Instagram account, and we wanted to see if it was true. While they say that the news has been confirmed, when we reached out to two stores in New York state, they both said that they had heard the rumors, but neither store had received confirmation from corporate, and neither had plans to put out signs or stop non-members from using the food court at this time.

So which is it?! Well, it may depend on each individual store. Costco employees commented on the IG post to say that the news was true in their store but it’s definitely not a nationwide rule…yet anyway.

Now, we have to admit that we don’t always keep our Costco membership current. I mean, you stock up on a year’s worth of toilet paper, and if your membership expires and you still have toilet paper left (and a gallon-sized jar of Nutella, a 12-pack of frozen ribeye steaks, and more ketchup than should be legally allowed for personal use), it doesn’t hurt to wait a while to renew. But that doesn’t mean that we don’t swing by Costco occasionally for a hot dog, chicken bake, or slice of pizza on the go.

It seems like if Costco is making money even off of non-member customers, that’s a good thing, right? Well, therein lies the problem – Costco doesn’t really make money off of the food it sells at the food court.

According to one Costco employee, “The $1.50 hot dog deal is called a ‘Loss Leader’ which means that it is used to draw in buyers for other higher-priced items like the chicken bake, brisket sandwich, and our new item chilli. It’s considered good to make $1,000 dollars at the end of the year in a food court. The whole thing is mainly a ‘Member Service’ which is just to keep them happy.”

That means that with their current policy, they actually lose money every time a non-member orders from the food court. In the meantime, most members probably enjoy the food court only when they’re also planning on stepping inside the store, which means the chances of them spending money on something Costco actually *will* profit off of makes the exchange worth it.

We’ll see if the change is implemented, and for those of us who don’t currently have an active Costco membership, it’s something to think about: is the $60 annual Costco membership fee worth the price of dirt-cheap hot dogs every time you shop? 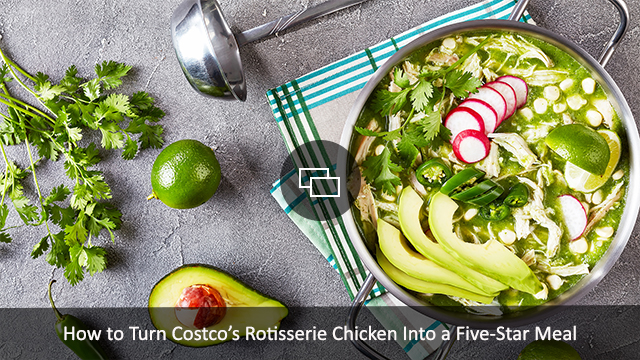