Nearly 30 years ago, Starbucks opened its first store outside of Seattle, its birthplace. The store was located in Chicago, and since, more than 130 Starbucks stores have sprouted in the Windy City. But in November, Starbucks will return to Chicago to open its third Reserve Roastery in the U.S. (the sixth internationally) and, most notably, its largest location ever. We don’t have to wait long to visit the roastery located on Chicago’s Magnificent Mile, either, as its slated to open on Nov. 15.

Starbucks announced the Chicago roastery in 2017, describing it as an interactive four-story “fully sensorial coffee environment dedicated to roasting, brewing and packaging its rare, small-batch Starbucks Reserve coffees from around the world.” The store will offer multiple brewing methods, specialty Reserve beverages, and mixology, as well.

Similar to the rest of the Reserve Roastery stores, the soon-to-open roastery will have fresh artisan breads and other baked goods on site courtesy of Italian baker Rocco Princi. What’s special about the Chicago roastery, however, is how it makes Princi a focal point. “The new location, located in an industrial pre-war building in the West Loop neighborhood, is imbued with a feeling of history and charm with its exposed brick and wooden rafters. The layout is a first for a Princi location, with a long wrap-around counter that makes food and beverages the focal point, with Princi’s signature bread wall right at the center,” states a 2018 Starbucks release. 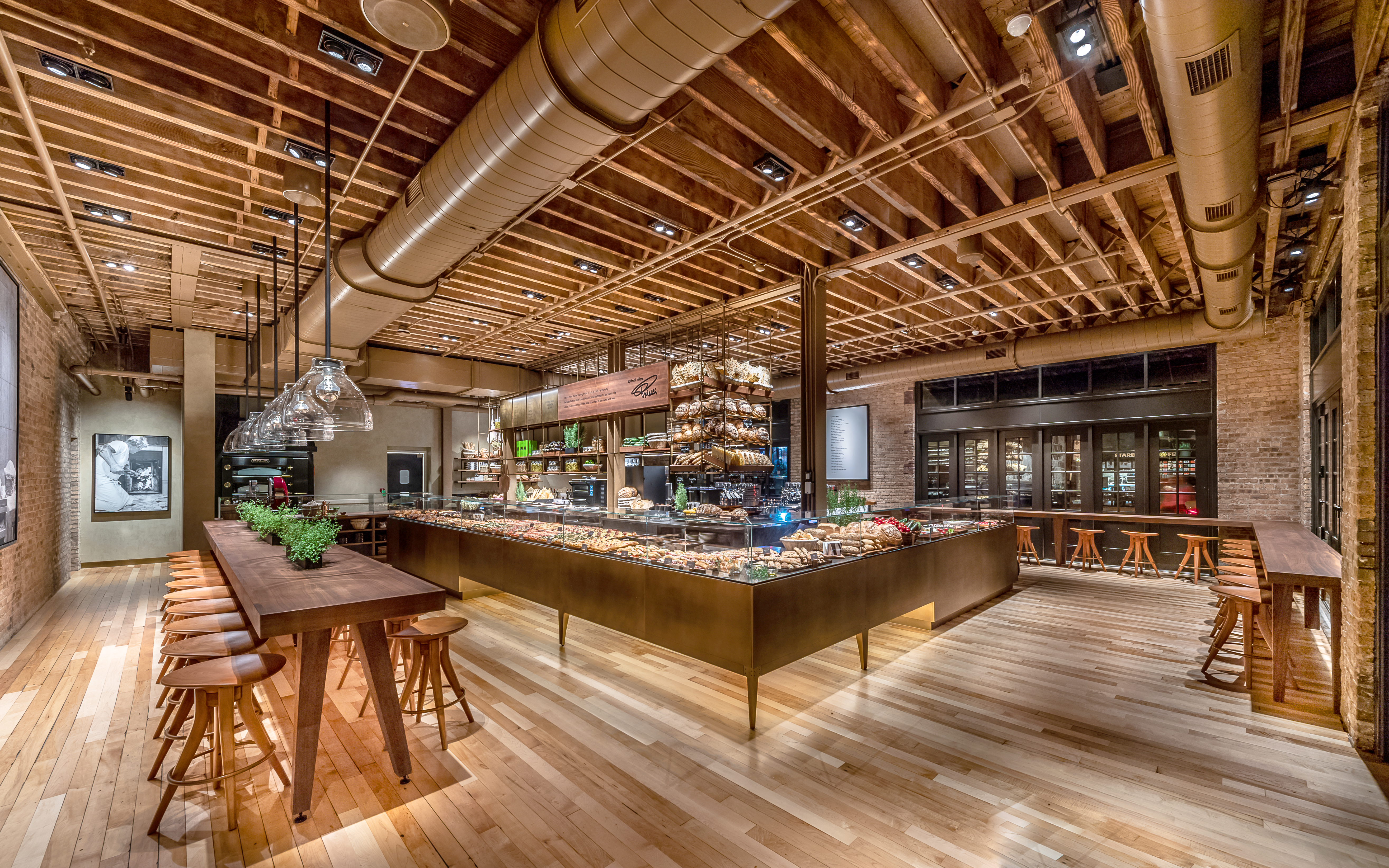 The Chicago Reserve Roastery menu will have more than 70 items from Princi, from cornetti topped with almonds to focaccia sandwiches and pizza al taglio to Italian cakes and tarts. Plus, more than 50 ingredients will be imported from Italy, like tomato sauce from Campania and prosciutto from Parma.

“It will be a new concept for the customers of Chicago,” said Selim Giray, vice president of business planning for Princi, in a prepared statement. “It’s not just a bakery for the morning. You can come here for breakfast, espresso, lunch, or an evening aperitivo — which showcases a curated selection of Italian wines, cocktails and digestivi. We are bringing the essence of the Italian bakery and café to life, focused on freshness, the culinary experience, and an abundance of menu items.”