In February, Disneyland was named the most vegan-friendly amusement park — and for good reason. Disney’s parks have so many vegan items, Magic Kingdom even took the time to release its own, color-coded Plant-Based Cuisine Guide in April. But now, Walt Disney World Resort and Disneyland Resort are upping the ante: The parks will launch a new plant-based menu, expanding its offerings to more than 400 plant-based dishes.

According to Disney Parks Blog, all quick-service and table-service dining locations will not only introduce new plant-based options to their respective menus, but they will also launch a new plant-based menu icon — a green leaf — to its dining guides. So, the next time you’re at one of Disney’s parks, it’ll be easier than ever to find vegan-friendly, plant-based dishes. As far as dates are concerned, you can expect the quick-service locations to launch Oct. 1 and the table-service locations Oct. 3.

What mouthwatering plant-based dishes can you expect? Disney Parks Blog gave us a little taste. For starters, Le Cellier at Epcot will serve up steamed Asian dumplings stuffed with plant-based meat and served with bok choy, Chinese long beans, red peppers and radish. And over at Star Wars: Galaxy’s Edge — at Disney’s Hollywood Studios at Walt Disney World Resort and Disneyland Park at the Disneyland Resort — Docking Bay 7 Food & Cargo’s Felucian garden spread is a sharable appetizer the whole family can grub on; it includes a plant-based kefta, herb hummus, and tomato-cucumber relish and pita. 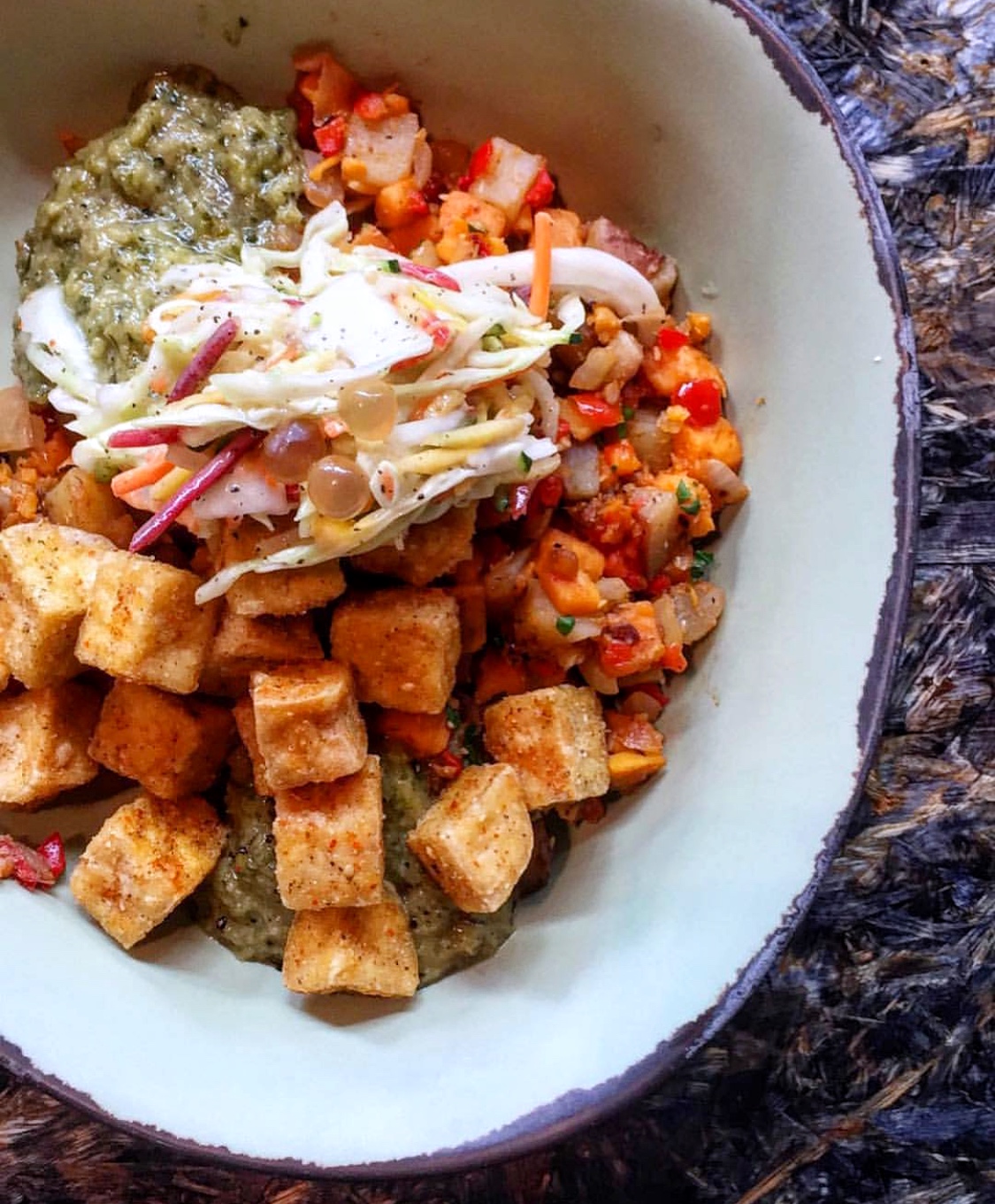 And for some magical, Disney dessert, head straight to California Grill at at Disney’s Contemporary Resort for its plant-based cashew cheesecake.

“We’re always looking for ways to bring more flavor, innovation, and creativity to the Disney dining experience – and guest feedback is first on the menu when we evolve our menus and develop new dishes,” writes Thomas Smith for Disney Parks Blog. “Our guests have embraced our plant-based offerings at our parks around the globe, inspiring us to expand our menu and introduce a new menu icon, a green leaf, that will make it easier than ever to find these creations during your visit.”