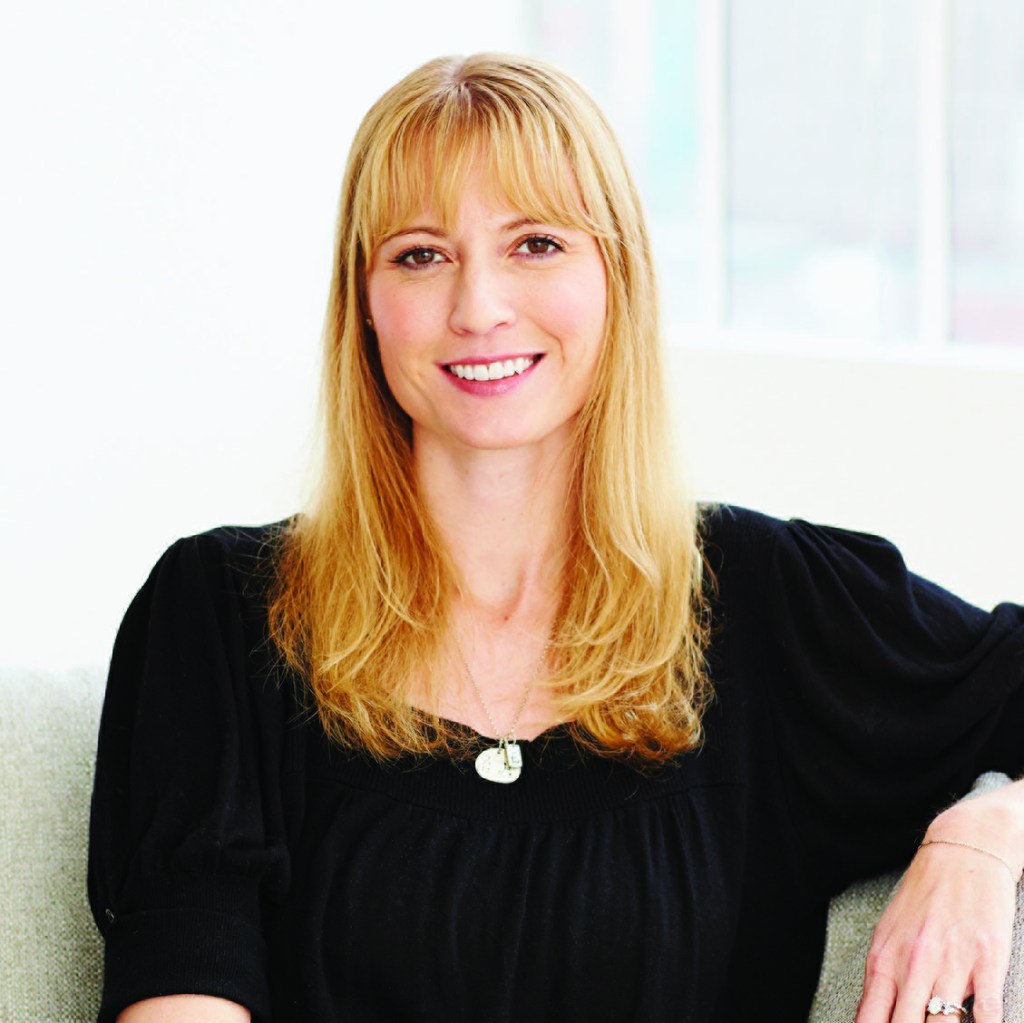 When it comes to raising kids, they say everything is a stage. And for the most part, “they” would be right. There’s the obsessed-with-dinosaurs phase. The let’s-talk-about-space phase. The happily-coloring-the-afternoon-away phase. The police-costume-24/7 phase. So why, when compared to its adorably-fleeting cousins, does the picky-eater stage seem to end, well, never? If your grade-schooler is maddeningly selective about what he or she will put on their plate, you’re in plenty of (equally exasperated) company.

One study of children ages 2 through 11 found up to 22 percent were reported to be picky eaters at any given age. (Though an informal survey of moms would definitely put that percentage at a much higher number.)

The good news is there’s little evidence that fussy eating has a significant effect on growth trajectories. The bad news? That doesn’t make dinnertime any less frustrating. Since no one is better equipped to offer creative solutions than moms trying to rustle up a meal more than one family member will eat every night, we went straight to the source. Steal these tricks and tips for getting your kids to eat what you put on the table — hold the tantrums.

Aversions to the mouthfeel of certain foods — “slimy” sauces, “stringy” meats — are a common roadblock. “Kids are all about texture, and I’ve learned that the crispier, the better,” says Sue Sesolak, a mom of three in Hartland, Wisconsin, who loves to experiment in the kitchen. “I’ve found cornstarch to be a helpful tool in the kit for adding crunch.”

Sesolak uses cornstarch for anything deep-, oven-, or air-fried, like her homemade chicken fingers or fish. “I dredge chicken strips in beaten eggs, dip them in flour mixed with cornstarch, dredge them in panko breadcrumbs, and then fry or bake,” Sesolak says. “The cornstarch helps with the browning and makes it extra crispy. What kid doesn’t like extra-crispy chicken tenders?” For a no-fail option, Argo® Corn Starch, in particular, promises crispy chicken every time.

Kamara Hartin’s 5-year-old daughter never met a carb she didn’t like. Proteins and fats? Not so much. “If she had her druthers, she would eat sugar and drink milk all day,” says Hartin, a musician and music teacher in Durham, North Carolina.

Then one night, Hartin sprinkled maldon salt — a finishing salt with big, crispy crystals — on avocado and put it in front of her daughter. She loved it. “She calls the crystals ‘salt bursts,’ and any time I use it on avocado or scrambled eggs, she eats more.”

Hartin has since found other ways to add flavor bursts to hard-sell foods. “Lemon is a great hack,” she says. “A ramekin of lemon juice is a fun flavor that she’ll dip fish and vegetables into. And a little lemon curd in yogurt adds punch and keeps the sugar levels down. She thinks it’s pudding, so everybody wins!”

Have an Indoor Picnic

“My twins were the world’s pickiest eaters, so I started experimenting with putting out a small assortment of healthy foods and calling it a ‘picnic dinner,’” says Lisa Collier Cool, a writer in Pelham, New York. “I included a few foods I knew for sure they liked and one or two new ones to get them to try new things.” She stuck with finger foods, just like you’d bring on a picnic — fruit slices, cubes of cheese, Chinese pea pods, hard-boiled eggs cut into circles — and it worked!

Save this approach for occasional nights, otherwise the nuance becomes normal and loses its appeal. “I didn’t do picnics at every meal, and I tried to get them involved in helping arrange the foods in ways they thought would look pretty.”

Take the Boring Out of Vegetables

“If they’re bland, he won’t touch them,” says Tiffany Bellamy of her 3-year-old’s reaction to vegetables. “And if they’re not mushy, he doesn’t like them. It’s a texture thing — he won’t eat raw vegetables.” So Bellamy has concocted a few ways around the hurdle.

“Smoothies help, though if it’s too green, he knows what’s going on and won’t drink it,” says Bellamy, a supply-chain consultant in Raleigh, North Carolina. Her favorite combos include kale with mango and pineapple chunks and spinach with berries.

Another trick is boiling vegetables like green beans and broccoli in chicken or vegetable broth mixed with water and seasoned with salt, pepper, and garlic powder. “It infuses the veggies with flavor, so he’ll eat them,” says Bellamy.

You can also bust out your trusty air-fryer and use Argo® Corn Starch mixed with flour to make veggies satisfyingly crunchy. The technique works just as it does in Argo’s Crispiest Fried Chicken recipe, imparting an audibly crunchy coating that makes everything from green beans to broccoli pass the kid-test.

Let Your Slow Cooker Do Its Thing

“My two boys are skinny minnies, and I want to get as much protein and fat in them as possible,” says Tracy Larson, a manager at the NW Portland Hostel and Guesthouse in Oregon. “But while my oldest will eat meat, my youngest complains it’s too hard to chew.” Enter the slow cooker.

“More affordable cuts like roasts are tough, so we found a roast recipe for the slow cooker that makes it tender and easy to eat,” says Larson. Score one — but at first the sauce was thin and boring.

“Then I saw a suggestion to remove the meat and vegetables from the pot after they cook and add Argo® Corn Starch to the drippings. That made for a thick and delicious gravy!” Pour hearty gravy over tender, easy-to-chew beef, and pow! A meal her entire family enjoys every time. Plus, cornstarch is gluten-free, so for anyone with gluten allergies, this gravy recipe won’t hurt the belly.

Use the Distraction Technique

“I was beyond desperate,” says Ryan Gregory, a writer in West Linn, Oregon, who blogs about family travel at To & Fro Fam. “So one day, I used these metal punch-out, stencil-like stampers to cut turkey slices into the shape of hearts and Mickey Mouse heads, and suddenly she couldn’t get enough! It’s in the dinner rotation a few nights a week now.”

Ryan Gregory suspects the shapes work by helping her daughter forget about her food sensitivities for a moment. “I think she might be fearful of new foods because of her stomach pain. Meals are a somewhat stressful time for her, and the shapes make them fun for a change.”

Don’t “Ruin” the Meal With Sauce

Ever put a classic kid favorite like spaghetti with marinara or mashed potatoes with gravy in front of your kiddos, only to hear the but-I-didn’t-want-any-sauce whine?

“There could be so many reasons kids don’t like saucy foods,” says Janel Funk, a registered dietitian in Boston and mom of 3-year-old twin girls and a 6-year-old son. “Texture, strong flavor, or the fact that many young children don’t like different foods touching.”

Her solution is beautifully simple and effective: Serve the sauce on the side. “It puts the child in control, which makes them more willing to try new things,” says Funk. They can dip their food in sauce or not. Taste the sauce with their finger before dipping or not. And dipping foods is fun!”

Make Them Your Sous Chefs

One way Shawn Stover gets her 3-year-old son psyched about dinnertime is bringing him into the kitchen. “I let him dump things in and stir; we talk about every ingredient we add,” she says. He also loves picking vegetables from their garden to use for dinner or a smoothie.

“Having control over making decisions for the family makes him feel super proud,” says Stover, a hair stylist in Chapel Hill, North Carolina. “Plus, with cooking there’s an almost-instant reward. He’s always more excited about eating stuff he had a hand in just an hour ago.”

This article was created by SheKnows for Argo Cornstarch.