Whether you love ’em salty, spicy, sweet or savory, virtually everyone has a chip-aisle Kryptonite. For years, mine came in a bag emblazoned with Chester Cheetah. But at some point in your life, you realize you can’t snack the way you used to — carelessly, frequently and gluttonously. But that doesn’t mean you have to ditch chips forever. Thanks to an increase in “healthy” chips stocking shelves, we have more than ever to choose from. But which chips actually taste good?

According to Snack Food & Wholesale Bakery, chips sales are on the rise, in part due to the level of innovation we’ve seen over the past two or three years.

“Chips are a category of snack food that has seen a drastic overhaul in flavor innovation and product development in the past few years,” Francine Reisman, market manager of Corteva Agriscience, tells the publication. “This reinvention of the types of chips offered has expanded consumer interest and kept the market for chips strong.”

Take, for instance, Hippeas: The snack made of chickpeas appeared on the market in 2016, and since, it’s seen a steady increase in popularity. Fast forward to July of this year and potato chips sales increased by 2.2 percent, reaching $7.7 billion, according to IRI. And this figure includes better-for-you chip options, including chips made with high-quality ingredients and healthier oils, like omega-9 canola oil and soybean oil.

And healthy snack chips are going nowhere, at least according to a market research report published by Grand View Research in April. Looking ahead, the healthy snack chips market size in North America is projected to grow at a compound annual growth rate of 4.5 percent from 2019 to 2026.

All of that said, we did the dirty work for you and tried a variety of healthier chip options, and the following are our favorites that are not only better for you, but also irresistibly good. 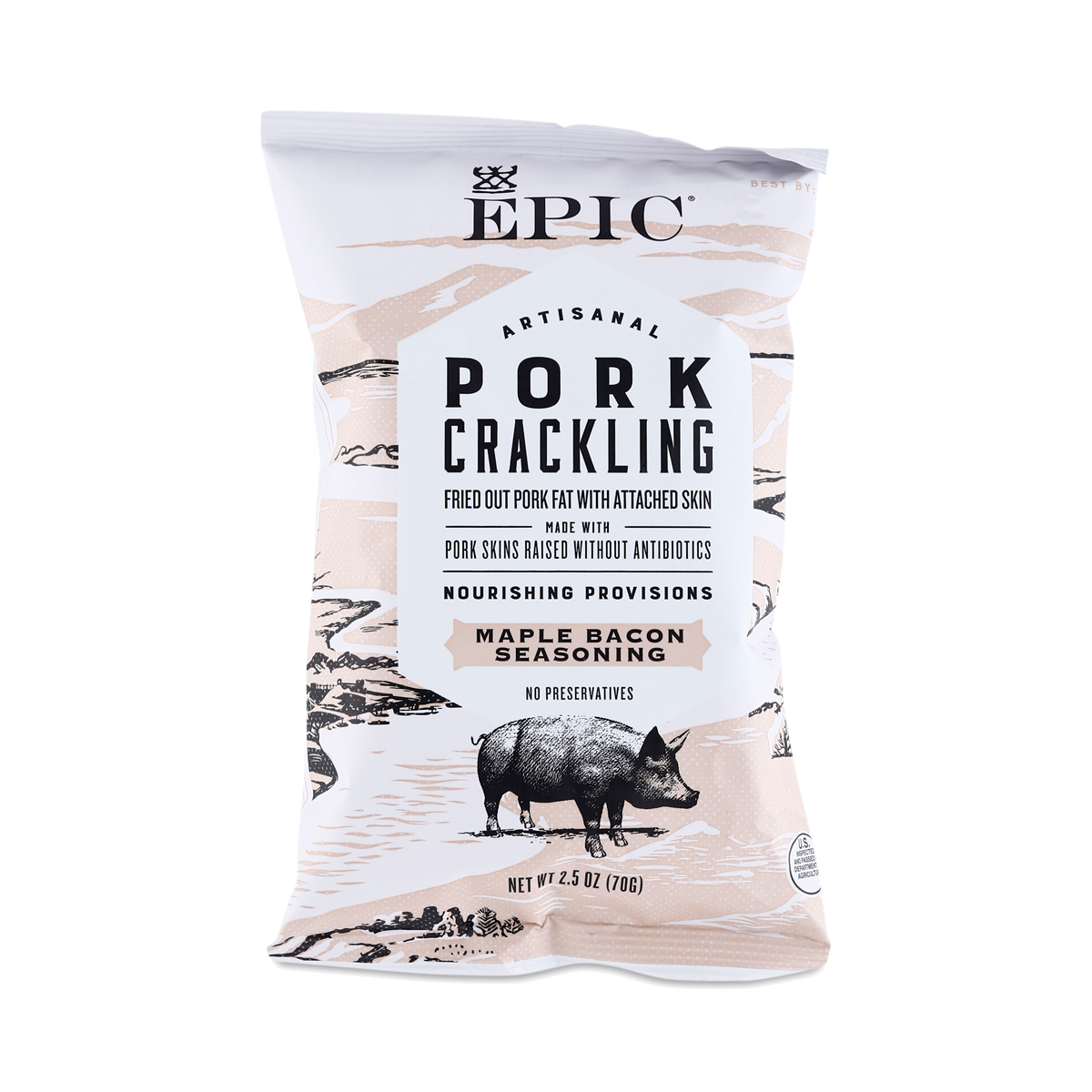 Epic’s pork rinds are keto-friendly, antibiotic-free and have just 1 gram of total carbs, 1 gram of sugars and 6 grams of protein. At only 80 calories per serving, the maple-flavored cracklings are an intriguing, delicious snack that’s both crunchy and soft. But don’t take our word for it; this snack has a four out of five rating on Thrive — meaning plenty of positive reviews. 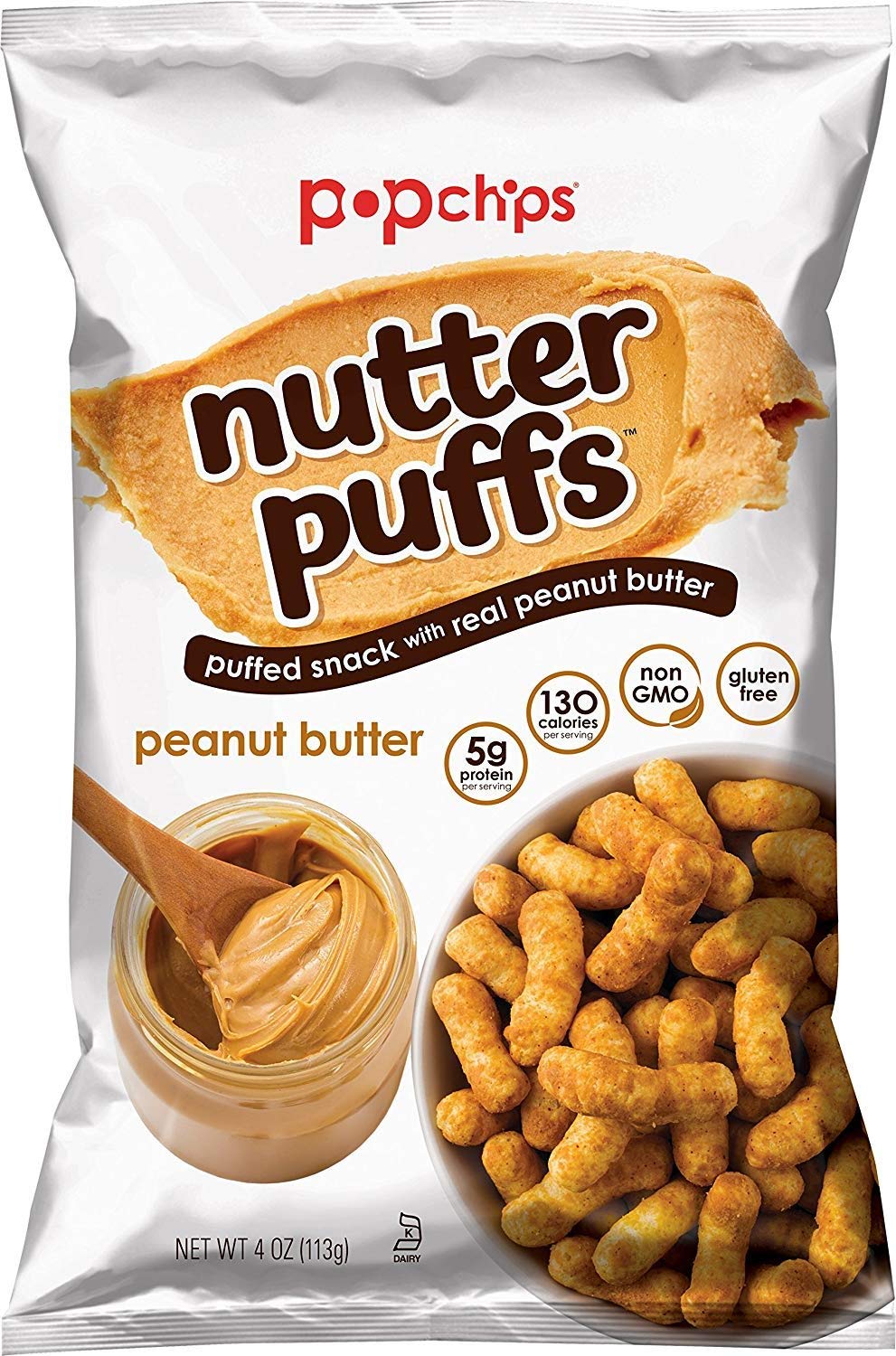 At 130 calories per serving, Popchips’ Nutter Puffs are a slightly better option than original Popchips we’ve all come to know and love. Popchips have 15 grams of total carbs while the Puffs have 14 grams, as well as 5 grams of protein versus the original’s 1 gram. And if you love peanut butter as much as we do, make sure you practice portion control or else you’ll find yourself polishing off the bag in no time… like we did. 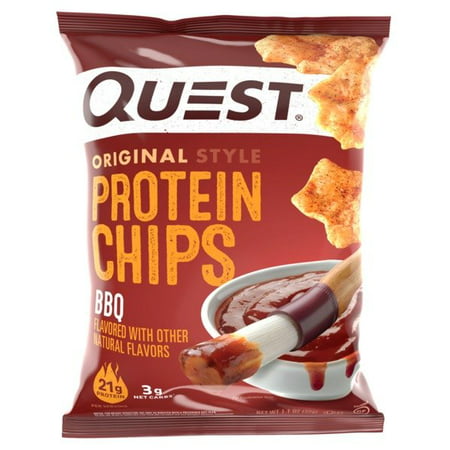 In order to help snackers #CrunchClean, Quest Nutrition has chips that are loaded with 21 grams of protein and 2 grams of dietary fiber. They’re popular, too, with a nearly four-star rating on Amazon and over 1,300 reviews.

“They are fantastic for what they are, gluten- and potato-free, soy-free, baked and only 2 net carbs per bag. A serious treat when you’re trying to cut back on carbs,” an Amazon reviewer raved. 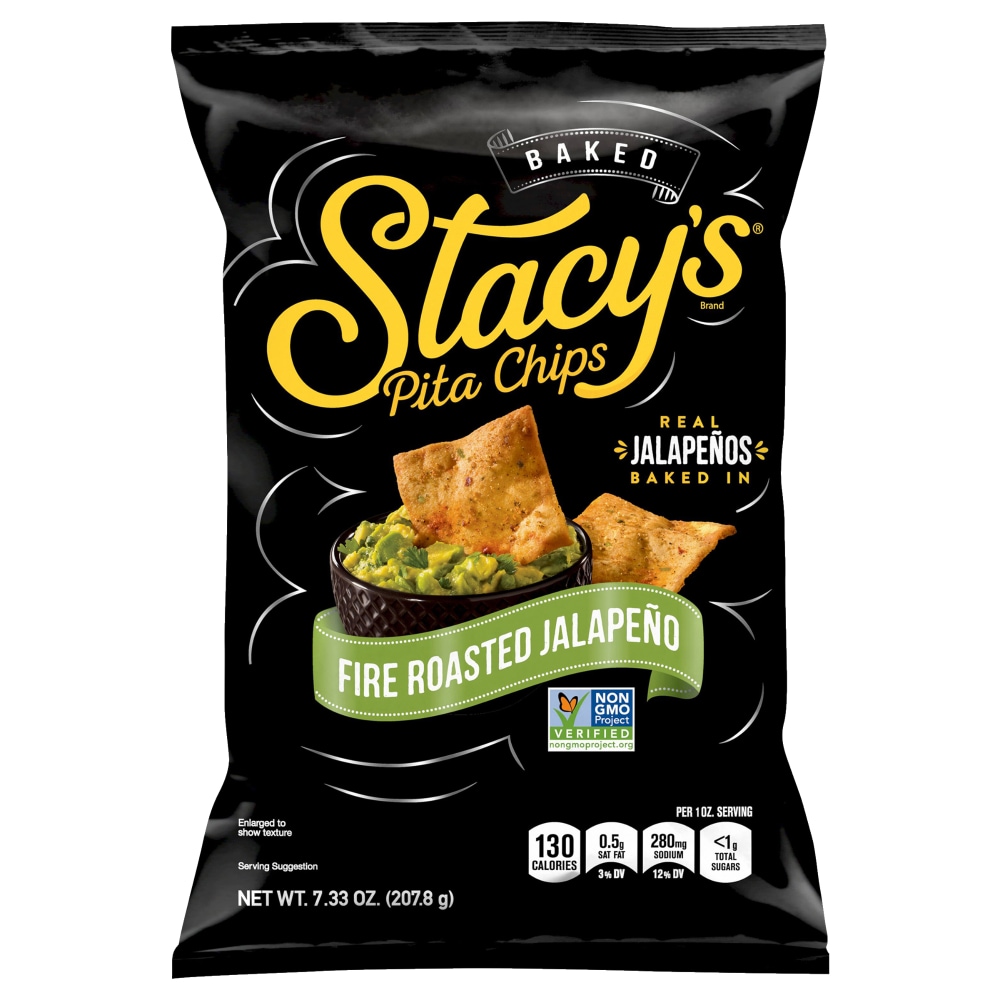 Stacy’s has plenty of other flavors, but it’s the fire-roasted jalapeño-flavored bag we just can’t quit. Twice baked with real jalapeños folded into each pita chip, Stacy’s fire-roasted jalapeño has 130 calories, 5 grams of total fat, 18 grams of carbs and 3 grams of protein in each serving. Plus, it has a nearly five-star rating on Influenster. 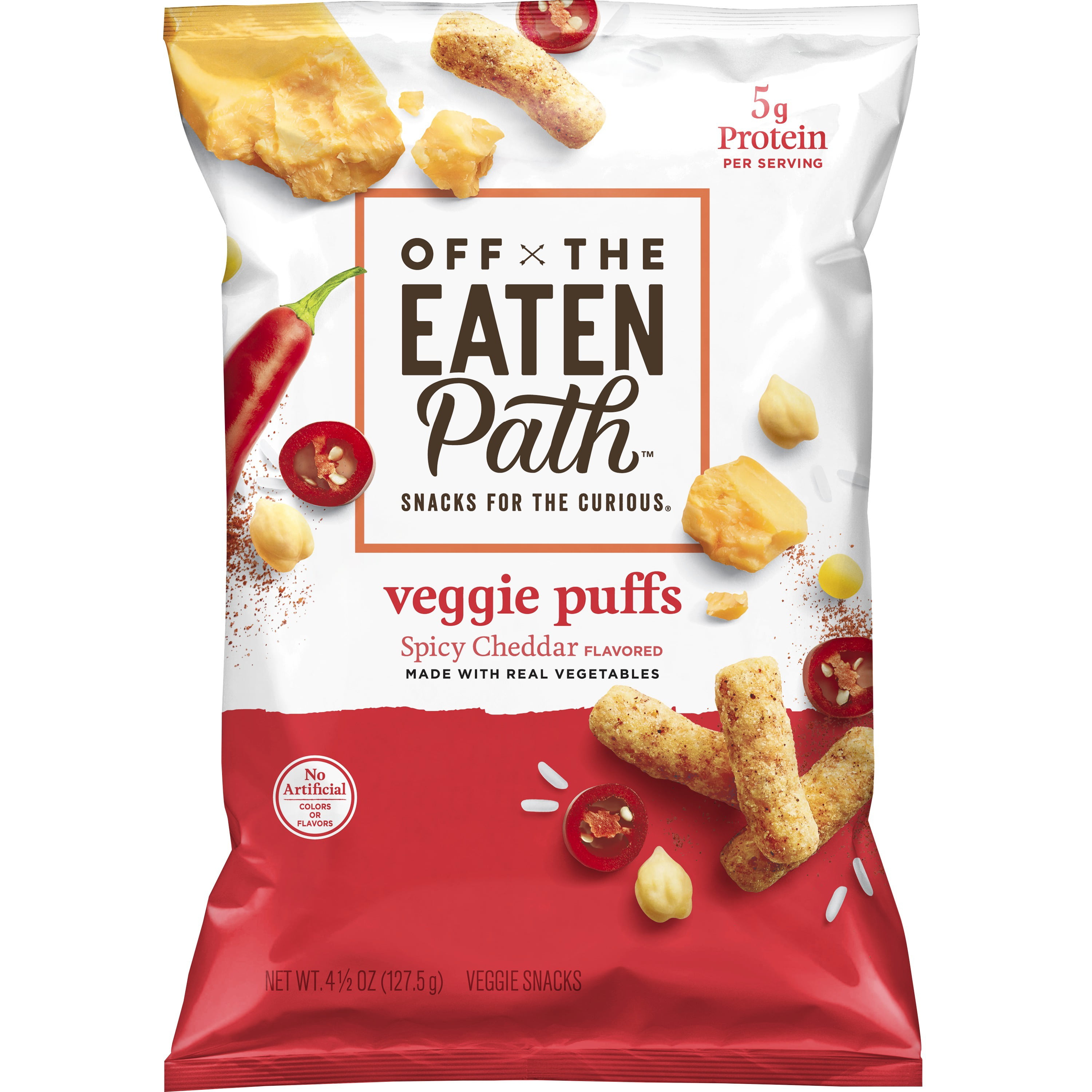 Each puff is packed with chickpeas, peas and veggies and coated in a thick layer of spicy cheddar cheese flavoring. As far as nutrition goes, each serving has 140 calories and has 5 grams of protein and 2 grams of fiber per serving. In other words, these puffs are dangerously addictive, but won’t leave you feel too guilty.

Off the Eaten Path veggie puffs spicy cheddar, $2.98 at Walmart

Another bold flavor, this gourmet quinoa snack similarly has 140 calories per serving; and they’re so light, you won’t realize you ate half the bag in one sitting. Oops. 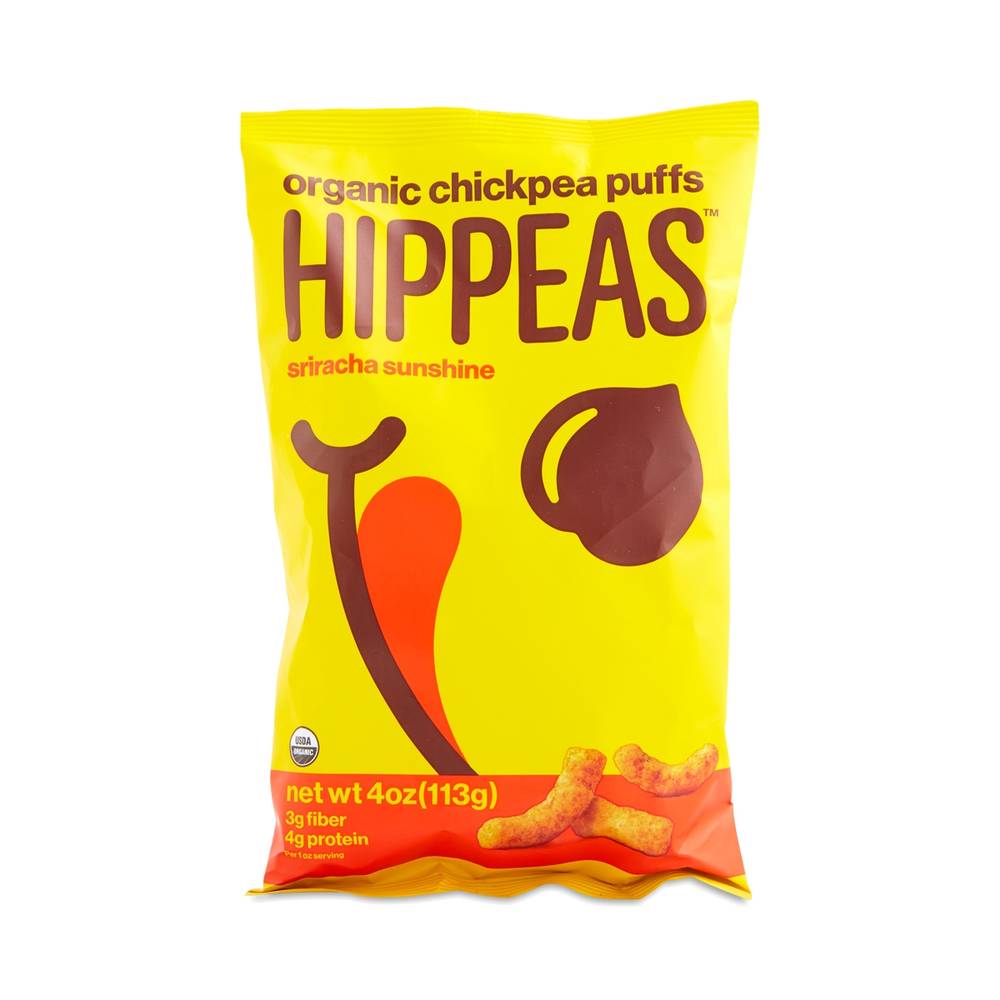 Chickpeas? As a snack? Absolutely. These chickpea puffs are vegan-friendly and gluten-free and packed with fiber (3 grams per serving) and protein (4 grams). Our favorite flavor? Sriracha Sunshine, which has a subtle, spicy kick. 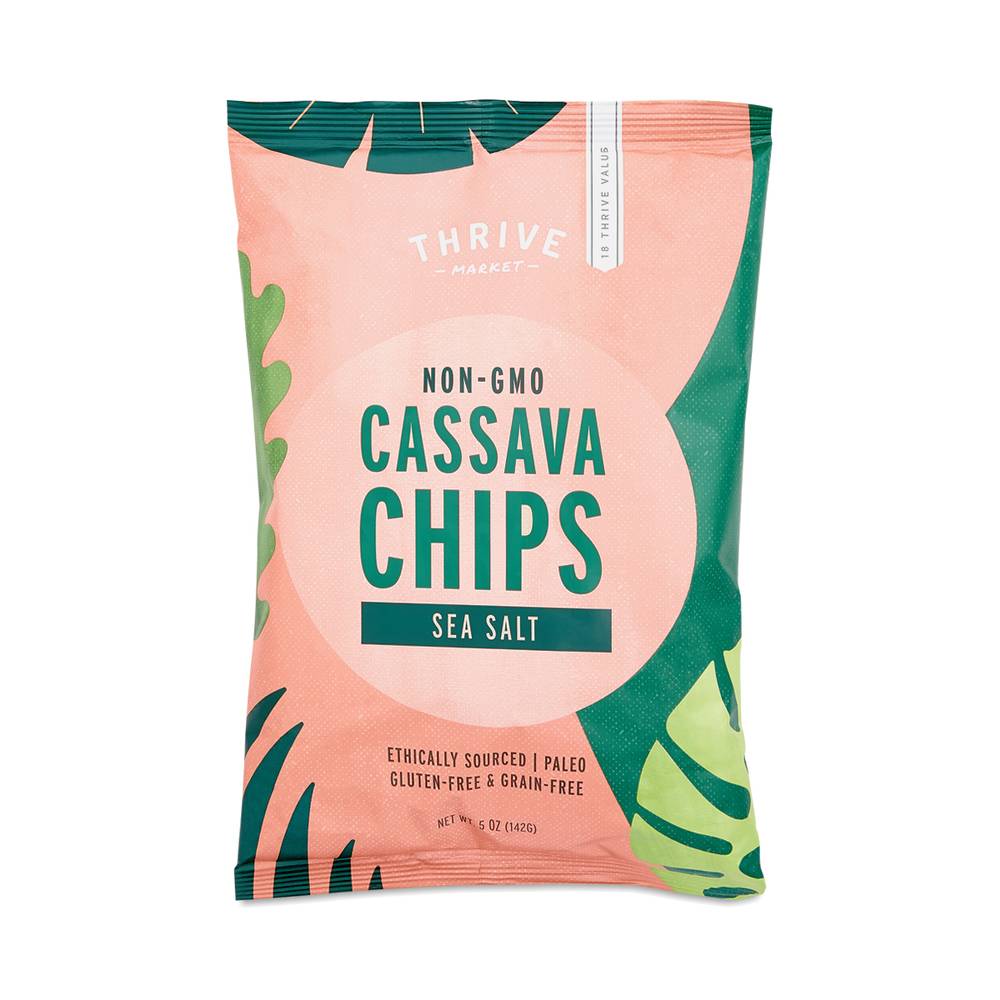 Cassava is a versatile root vegetable native to South America that’s very low in sugar, but similarly as starchy as your average potato. What makes Thrive Market’s gluten-free, vegan cassava chips a healthier snack is how their made and cooked: kettle-cooked in palm oil and sprinkled with sea salt. What people love most about these chips is the crunch.