Here’s a ridiculous and depressing fact for you: Over one-quarter of women and young girls in the U.K. have been affected by period poverty. In an effort to help these women and girls unable to afford period products, one U.K.-based charity is hosting its biggest brunch event ever next month with “period pancakes” and tampon-shaped macarons.

The charity’s name is Bloody Big Brunch, a more-than-fitting name as they travel the U.K. hosting brunches and giving away bloody marys for free. The catch is brunchers must pay with period products. We are so here for this concept — and clearly, so are several restaurants in the area.

London restaurant the Book Club is hosting a Bloody Big Brunch from March 3 through March 10 during which diners can order stacks of red velvet “period pancakes” garnished with tampon macaroons. Fifteen percent of proceeds from each dish will be donated to the #FreePeriods campaign. 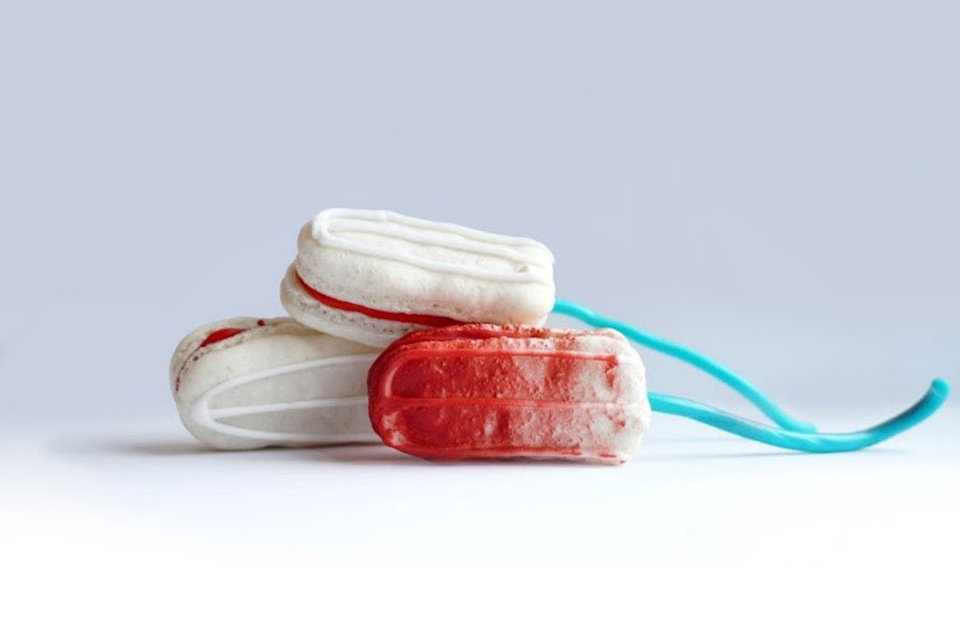 “It’s a hugely important issue and this is an easy way for people to get involved,” singer, TV presenter and host of the upcoming brunch event, Stacey Solomon tells Press Association Scotland. “The seemingly small step of hosting a brunch has the power to make a big difference, and I’m looking forward to playing my part.”

Those who aren’t able to attend can join from home by hosting their own brunch and sharing photos of their brunch with the hashtag #BloodyBigBrunch. You can also make a donation to partnering organization Hey Girls.

Big Bloody Brunch’s mission is threefold: to remove stigma around period talk; for the U.K. government to provide free period products to women in need and to schools, colleges and universities; and for it to become commonplace for businesses to offer staff and customers free period products in bathrooms.

A new survey conducted by Ginger Comms and Bloody Big Brunch revealed that more than a quarter of females have missed either work or school because of period poverty. And 27 percent of females were unable to afford sanitary products.

“As a society we need to send out the message that menstruation isn’t dirty and it certainly isn’t a luxury,” Lee Beattie of the Bloody Big Brunch tells Press Association Scotland. “By using fun to highlight fundamental rights, we’re hoping we can mobilize Westminster, who have been negligent on the issue of periods for far too long.”

Are You Prepared For a Turkey Shortage This Thanksgiving?