Listen, we all love cheese and Nutella, but do we really need tubs of them? According to Costco, yes; yes we do. Costco is now selling both a 27-pound tub of mac and cheese and a 7-pound tub of Nutella — because that’s what we really need: seemingly unlimited amounts of comfort food and hazelnut spread, really testing our will power as we attempt to be healthy in the new year.

The mac and cheese tub, which Costco’s website labels the “Chef’s Banquet Macaroni & Cheese Storage Bucket” (storage bucket!), contains 180 servings and is priced at $89.99. It isn’t premixed, however, as the elbow pasta and cheddar cheese sauce are held in separate pouches, so at least you’ll get an arm workout in while trying to mix the two. 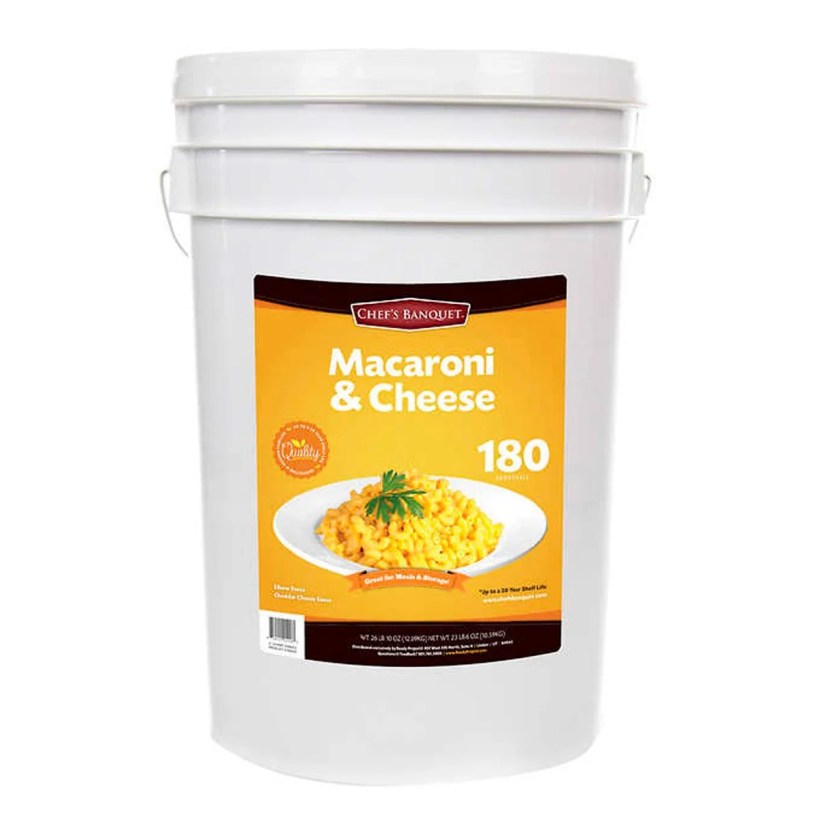 How long can you store the mac and cheese? Apparently, it’ll last you 20 years, so add that to your go-bag — if it’s big enough, of course.

Snark aside, the mac and cheese bucket is clearly very popular. It’s already sold out on Costco’s website. If you must have the product in your life, though, Amazon sells it for nearly double the price ($149.99) — but at least you get two-day shipping if you’re a Prime member.

The nearly 7-pound Nutella bucket (it’s actually 6.6 pounds) won’t put nearly as big a dent in your wallet, as it sells for $22.

Sorry, Costco, but we’ll stick to boxed mac and cheese (or, better yet, we’ll pick up pimento cheese dip at Trader Joe’s because it’s been calling our names since we reported on it) and the usual 13-ounce jar of Nutella; we don’t need that kind of long-term temptation in our lives.