Smørre­brød, a popular sandwich in Denmark, has made its way to the U.S., proving that a sandwich can be a work of art. Similar to a French tartine, smørre­brød is an open-face sandwich layered with unique and well-thought-out seasonal toppings. The sandwich even makes an appearance in the latest season of The Great British Baking Show during Danish Week.

It’s hard to believe this highly Instagrammable sandwich dates back to the 17th century, when farmers out in the fields took baskets filled with bread, butter, smoked fish and sausage and made open-face sandwiches for lunch. Nowadays, Danes continue to enjoy the sandwich, and it’s widely available in cafés, restaurants and lunch boxes across the country. 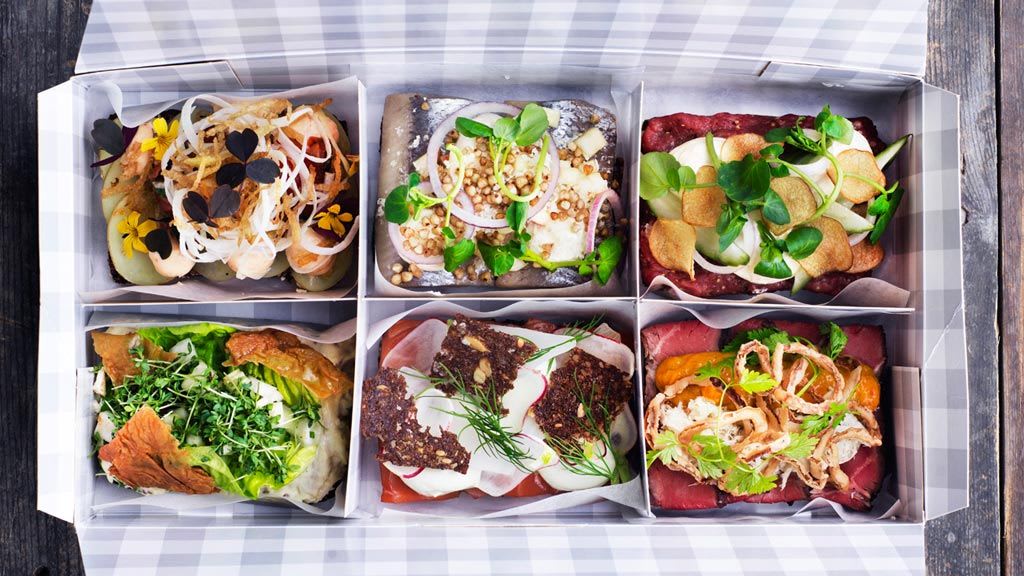 In its simplest form, smørre­brød can be just a slice of dense, seedy Danish rye bread called rugbrød spread with a thin layer of butter. The butter layer plays a key role in preventing toppings and spreads from making the bread soggy. What comes after the butter layer is really the dealer’s choice — meat, cheese, smoked fish, fresh herbs, spreads, pickles and hard-boiled egg are all traditional smørre­brød toppings.

The most popular Danish smørre­brød toppings include small shrimp, sliced hard-boiled egg, pickled herring and fresh produce like beets, fresh herbs, fennel, asparagus and even plums and cherries when in season. Although it sounds like a hodgepodge of ingredients, the toppings should blend harmoniously together rather than fight each other. Classic smørre­brød combos include roast beef with pickles and horseradish, shrimp with dill and lemon, gravlax (cured raw salmon) with fresh dill and sour cream and blue cheese with apple with bacon.

While smørre­brød hasn’t yet reached avocado toast-level stardom in the U.S., it can be found on select menus across the country.

At Broder Café in Portland, you can get a BLT smørre­brød with bacon jam, arugula, heirloom tomatoes, avocado and dill aioli on rye toast. For something a bit more traditional, try their house-cured gravlax with shrimp skagenröra (shrimp salad) and mustard sauce served on rye.

Hungry for smørre­brød but can’t find it at your local Scandinavian joint?  You can make it at home with this easy recipe. 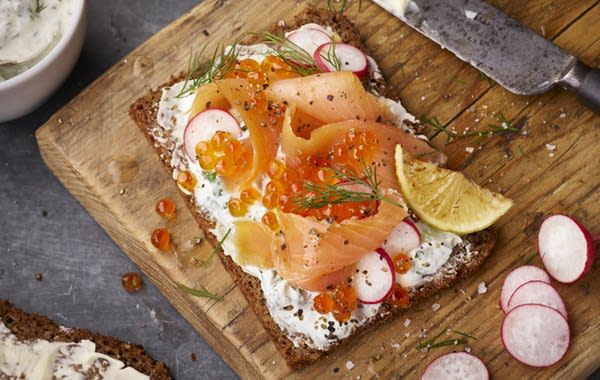 For the horseradish-dill sour cream