Ben & Jerry’s has joined the resistance.

Recently, Ben & Jerry’s launched the limited-time Pecan Resist, a flavor and campaign championing and supporting those fighting to create a more just nation and resisting the current administration’s regressive agenda.

As part of the campaign, “Pecan Resist highlights four groups and movements focused on freedom, belonging, community, and justice,” the press release states. The organizations include Color of Change (which aims to create a more human and less hostile world for black people in America), Honor the Earth (which raises awareness and support for indigenous environmental issues), Women’s March (which harnesses the political power of diverse women and their communities to create transformative social change) and Neta (one of the fastest-growing independent media platforms led by people of color along the Texas-Mexico border).

But Ben & Jerry’s is doing more than merely highlighting these organizations. They are donating $25,000 to each group and encouraging people to take action on their website. So far, over 1,800 people have signed up to receive updates from the four aforementioned nonprofit profits affiliated with the campaign.

“We couldn’t be prouder or more excited to support these four organizations that are doing incredible work every day,” says Ben & Jerry’s new CEO, Matthew McCarthy, in the release. “Our goal is to use our company’s voice, our ice cream, and our activism to encourage all Americans to support and help build these movements which counter the current regressive agenda. We think it’s more important now than ever that citizens and businesses alike stand up and be counted.”

Ben & Jerry’s teamed up with Bay Area artist and activist Favianna Rodriguez to design the campaign graphics and the pint design. 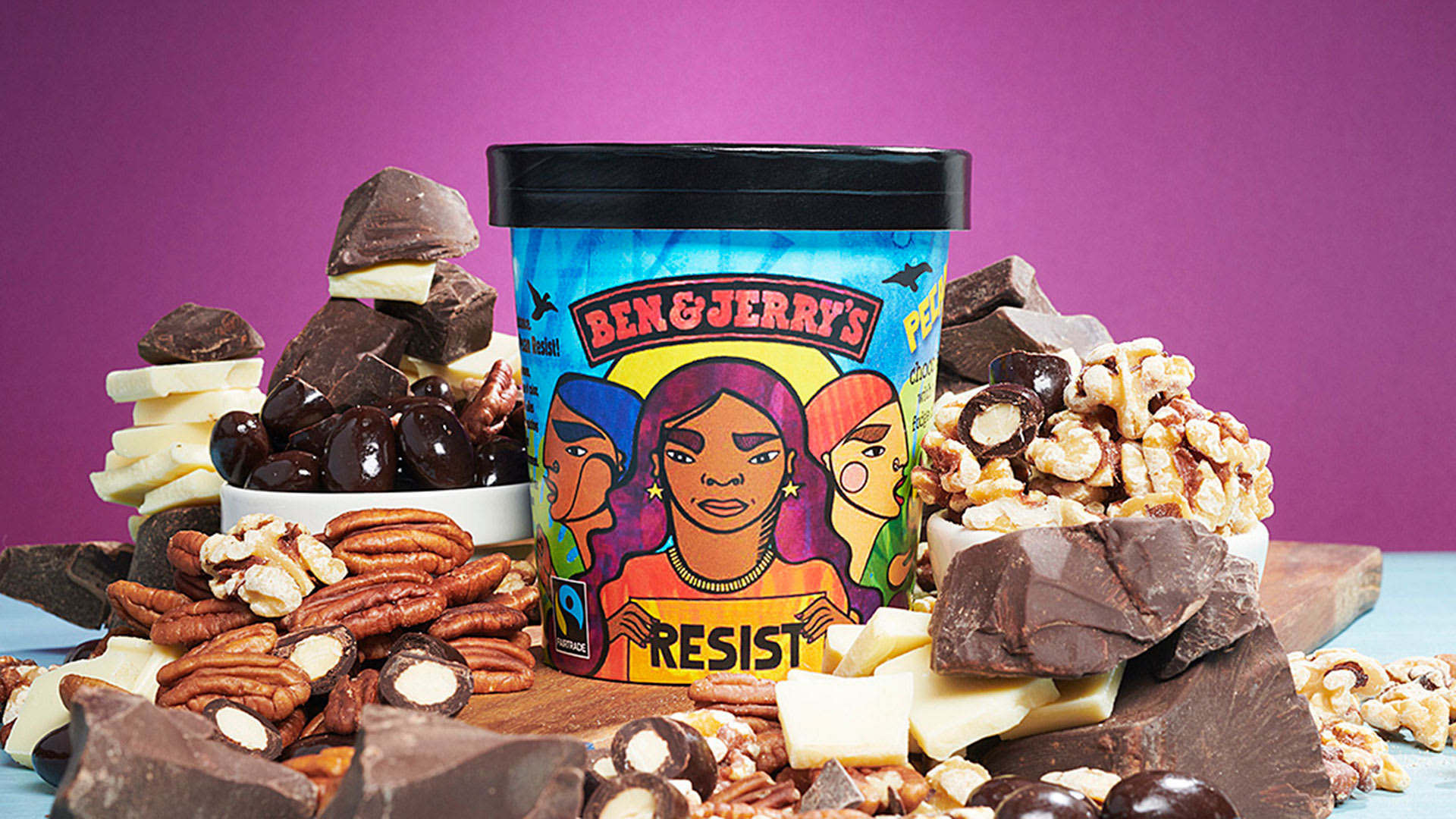 “As an artist, I know well the power of culture and I recognize when a business is using its platform to push for love, justice and a green planet,” says Rodriguez — whose art focuses on the intersection of issues including immigration, economic inequality, gender justice and climate change — in the press release. “Let’s declare our resistance, march in the streets, and elect a new generation of change makers.”
More: 12 Empowering Quotes From Key Women Running for Congress in November

This isn’t the first time Ben & Jerry’s has used its ice cream to promote justice. In 2009, Chubby Hubby became Hubby Hubby to celebrate marriage equality in Vermont. And in 2016, EmpowerMint was launched to promote voting rights.

“Ben & Jerry’s feels that it cannot be silent in the face of President Trump’s policies that attack and attempt to roll back decades of progress on racial and gender equity, climate change, LGBTQ rights, and refugee and immigrant rights — all issues that have been at the core of the company’s social mission for 40 years,” the release states.

Pecan Resist is chocolate ice cream with white and dark fudge chunks, pecans, walnuts and fudge-covered almonds. If you want to join Ben & Jerry’s resistance and support its partner nonprofits, visit its website to order a pint and sign up to stay informed.