“The Pioneer Woman,” Ree Drummond, wants you to cook up some fun — not just in your actual kitchen, but with her new Barbie kitchen play set too.

Drummond’s The Pioneer Woman Barbie kitchen play set comes complete with a neon-hued kitchen, cooking tools and a Barbie doll that looks just like her too. (Well, not exactly, but close enough — it has the red hair, after all.)

“My set has a great kitchen and all the cooking accessories I love except they’re teeny-tiny. I hope you love it,” Drummond said in the promo video.
The kitchen set is now available and sold exclusively at Walmart for $44.88, but before it hit shelves, the Barbie doll was sent back for a few changes.

According to an interview with Delish, Drummond wasn’t a fan of the Barbie’s original wardrobe, which was initially a pair of sneakers and a T-shirt. “I immediately said, ‘You know, I wear sneakers maybe if I work out, and who knows when that’s going to be?’” Drummond said. 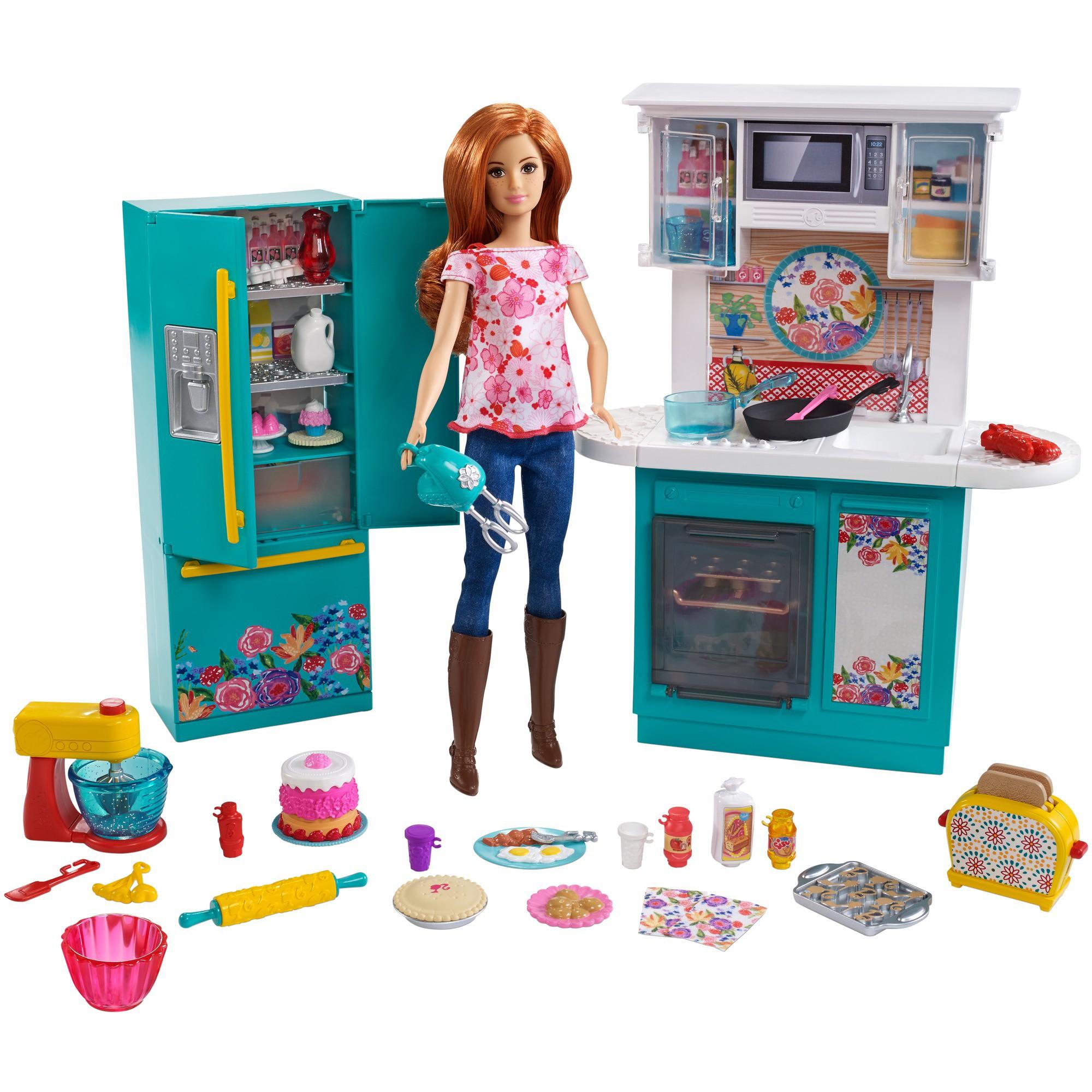 The kitchen play set has everything kids will need to whip up tasty dishes, including more than 30 accessories. It even comes with a toaster that actually pops up toast and a mixer that spins with the push of a button. 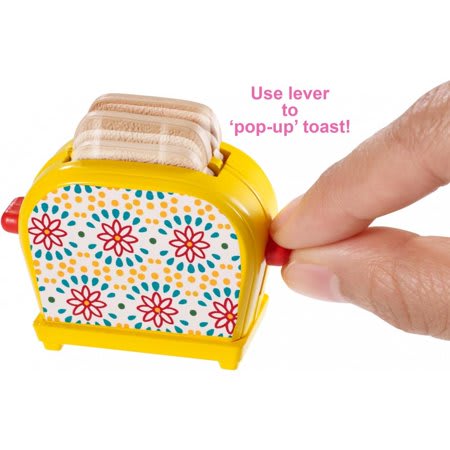 The on-trend teal fridge has working double doors, pullout shelves and a lower freezer drawer. And the kitchen piece has everything you’d typically find in a kitchen: the sink, stove, an oven with a working door, countertops, an overhead microwave decal and two cabinets with working doors. The set also comes with grocery items and completed dishes.

Drummond was very hands-on with this set, tweaking every item and detail for over a year and a half. She even has a favorite item: the cast-iron skillet.

For $9.97, you can add on the pasta accessory set, which comes with noodles, utensils, a tiny adorable apron, an oven mitt, dishware and more. 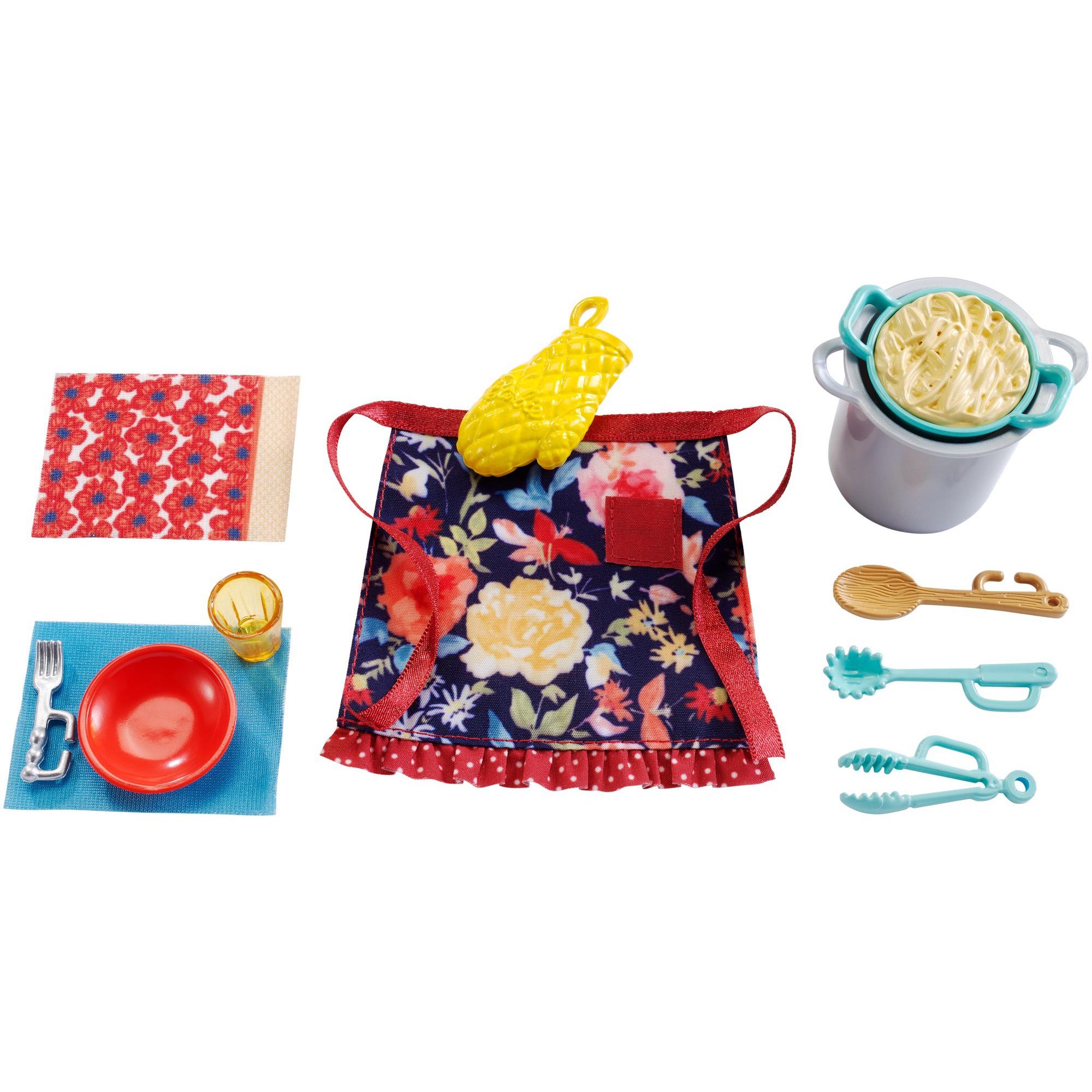 Or choose the barbecue accessory set, which comes with the cutest basset hound-embroidered apron we’ve ever seen. The basset hound pictured is Charlie, Drummond’s dog, who died last year. 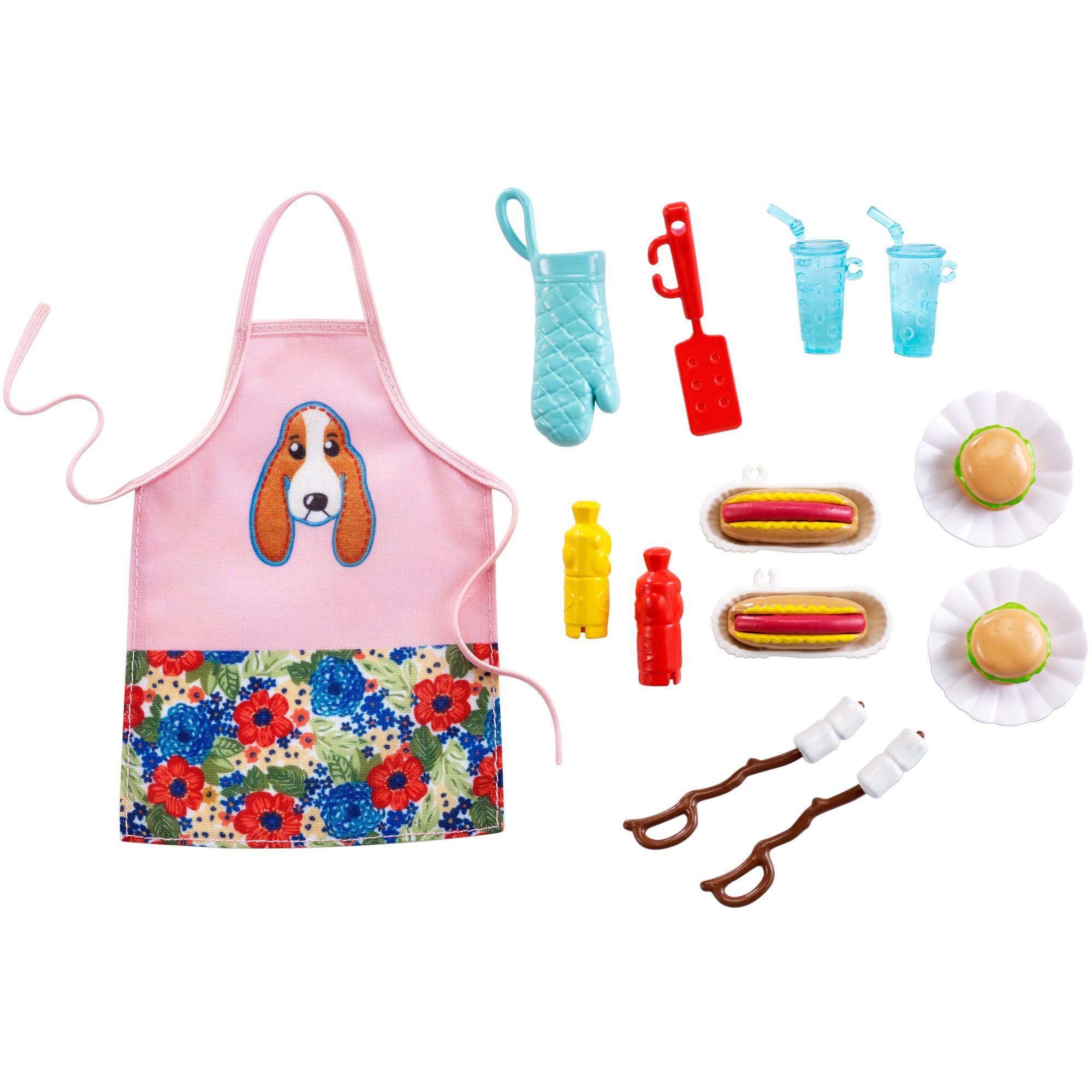 “I hope [the play set] makes people smile, whether they give it as a gift to their daughter or granddaughter or if kids see it,” she said. “I hope it inspires fun.”

The Pioneer Woman Barbie kitchen play set is already sold out, but bookmark the page, because we’re sure they’ll restock soon.