We know the grocery store of choice of Duchess Meghan (née Markle) of Sussex is Whole Foods. We know Meghan starts her day off with a breakfast shake. We know the Duchess of Sussex loves, loves, loves banana-flavored sweets. And we’re all aware her favorite recipe of all time is a pumpkin fondue recipe from her now-inactive lifestyle blog, The Tig, that’s still available thanks to the wonders of the internet.

But what is her favorite tea? HelloGiggles might’ve just figured it out.

Meghan and Prince Harry are currently on a 16-day royal tour of Australia, and on Wednesday of this week, the royal couple visited the Woodley family at their farm in New South Wales, and Meghan brought a homemade gift: banana bread. According to Elle, she baked the loaf at Admiralty House in Sydney on Tuesday evening.

Pictured in a tweet posted by royal correspondent Rebecca English, the banana bread, which had “chocolate chips in [it] and a bit of ginger,” was paired with the Royal Blend tea.

Meghan’s banana bread went down well! It has chocolate chips in and a bit of ginger (and I can personally attest to the fact that it is rather nice!) #Dubbo pic.twitter.com/LdmTN5F0ge

“She said she was worried about the bananas, that she’d put too many bananas in it,” the Daily Telegraph’s royal correspondent, Hannah Furness, tweeted. “But the Duke said there’s never too many bananas.”

Visiting a farmrun by the Woodley family in Dubbo today, Meghan took a home made banana bread with her as a gift. It went quite quickly pic.twitter.com/K6CCjcvOvP

While it’s not clear if this is Meghan’s favorite, we can only assume she chose this tea for a reason — and you can bet we’re all in a frenzy to purchase a tin online, stat.

The tea is Fortnum & Mason’s Royal Blend, and according to the Williams-Sonoma website, Fortnum & Mason have been suppliers of tea to the British monarchy for over 200 years.

Royal Blend is the brand’s most popular tea, and it “combines flowery Pekoes from Ceylon and Assam in a blend developed in 1902 for King Edward VII.” 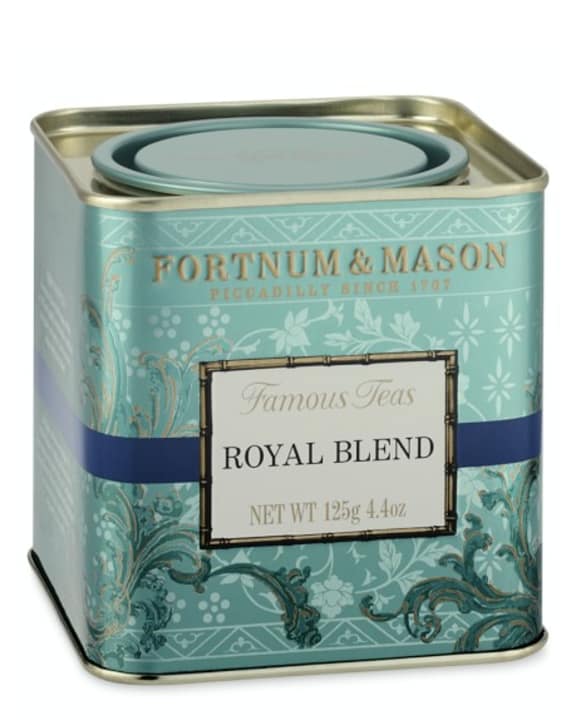 More: Meghan Markle Has Already Given Us a Big Hint About Her Future Baby’s Name

And with the holidays coming up, you might want to purchase a few tins or packs — after all, as Meghan told Furness, “[I]f you go to someone’s house you always bring something.”