Remember when shipping containers were used solely for storage or transportation? We don’t either.

Over the years, we’ve seen an increasing number of tiny homes and businesses made from shipping containers. For instance, in Phoenix, Arizona, a recently opened shipping container tiny mall called The Churchill is comprised of restaurants, bars and shops. And back in 2005, Keetwonen was built in Amsterdam. It’s the largest complex of buildings built from containers in the world.

Countless breathtaking homes made from shipping containers have sprouted up across the country too.

So it comes as no surprise that in Asia-Pacific, Starbucks, which has a 30-year history of sustainability, would open up its first store built from recycled shipping containers. 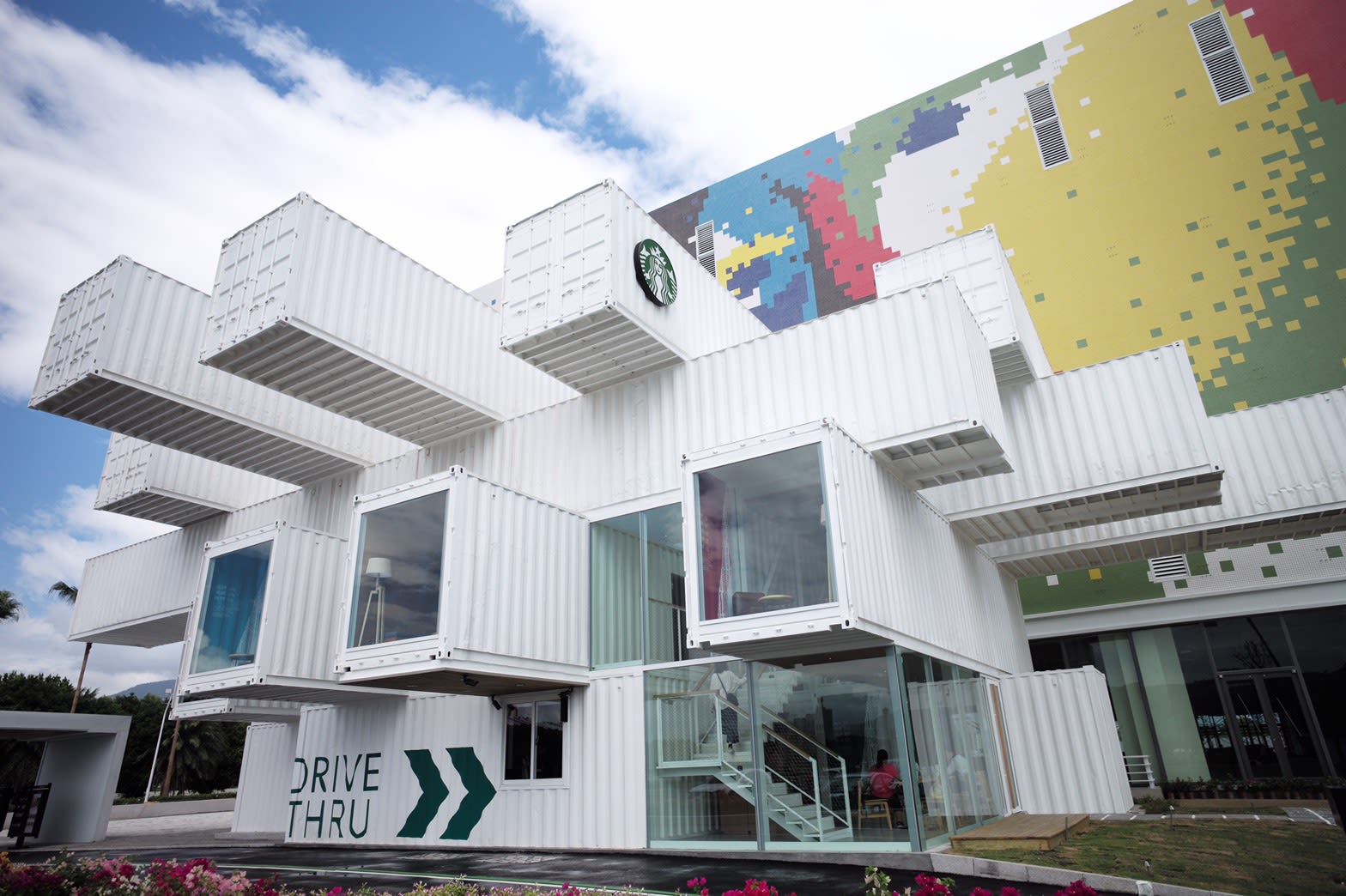 The new Starbucks store in Taiwan is has a drive-thru and is made with 29 recycled shipping containers. It’s over 3,400 square feet, two stories tall and will be located in Hualien Bay Mall.

According to Starbucks’ press release, Japanese architect Kengo Kuma was inspired by two things: the foliage of coffee trees and the traditional Chinese bucket arch. It’s also his first time using shipping containers for his designs.

The interior of the store is just as stunning as the exterior too. 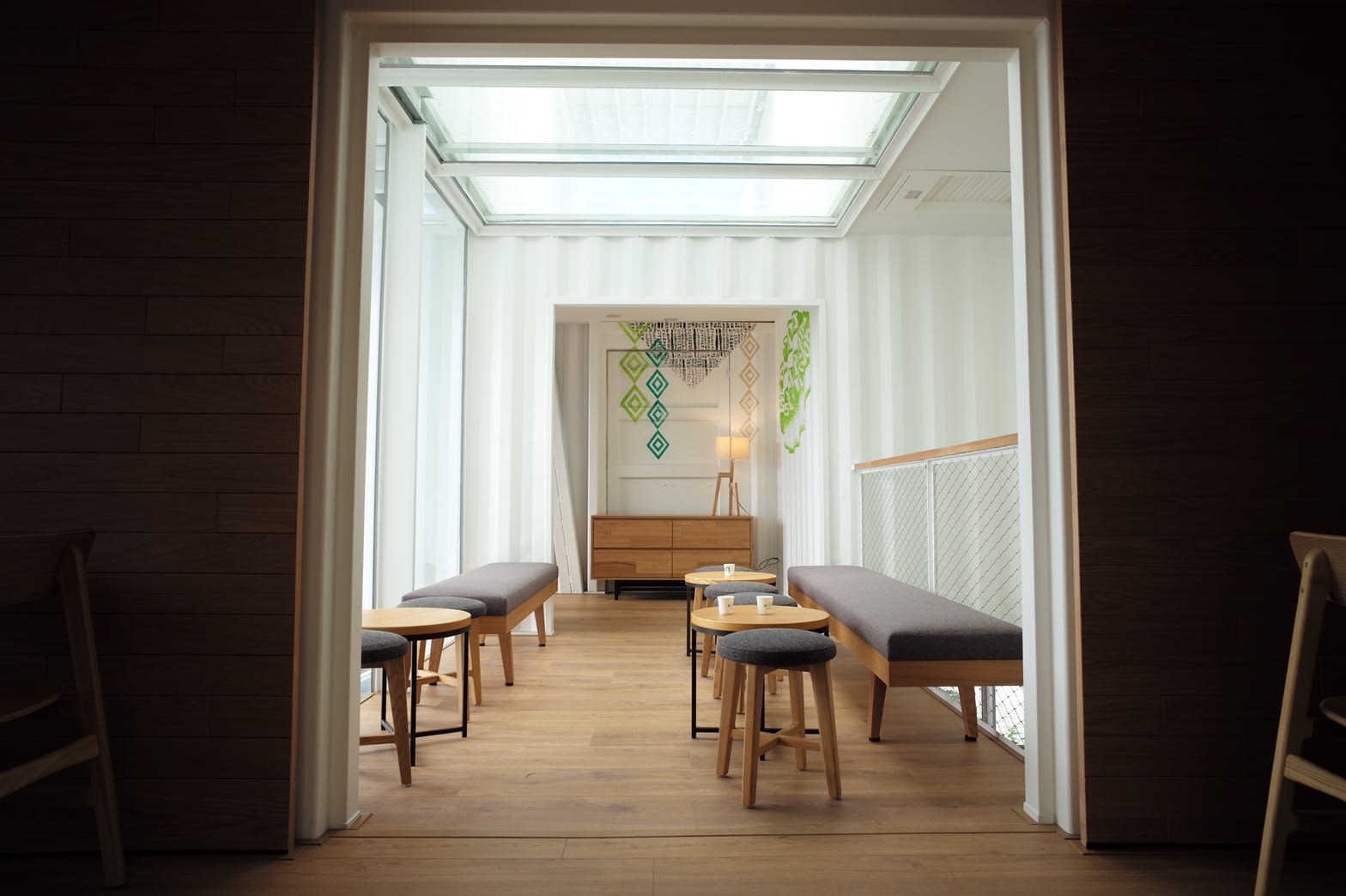 “The stacking of the shipping containers created a much taller space and provides natural sunlight throughout the various skylights found throughout the structure,” the press release states.

Inside, customers will find a brightly colored wall mural. It’s a tribute to the aboriginal Amis people of Hualien City, Taiwan. The space also boasts views of a nearby mountain range. 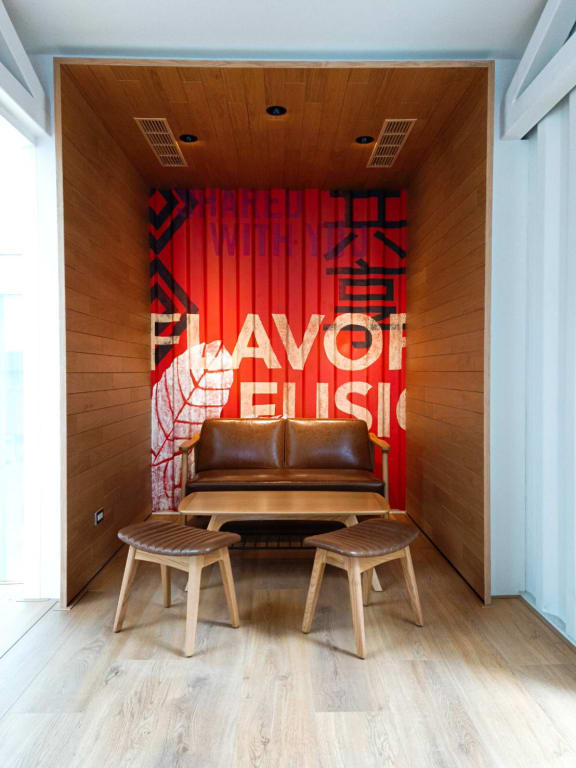 More: The 2018 Starbucks Holiday Cups Are Here — & We Want Them All