Remember last year when the Worcester, Massachusetts-based company came out with Dragon Whispers, Yeti Mischief and Mermaid Songs? Not only are the names ace, but they apparently tasted great too. Some said Unicorn Kisses tasted like fruit-flavored chewing gum with hints of strawberry and watermelon.

More: The Most Delicious Seltzer Waters to Quench Your Thirst

This year is no different. No, we lied — this year’s batch goes above and beyond. One flavor is apparently inspired by the Duchess of Sussex herself, Meghan (née Markle).

Plus, the collection is described in an emailed press release as “bright and hopeful, a gift from New England where winter sparkles.” Cute. 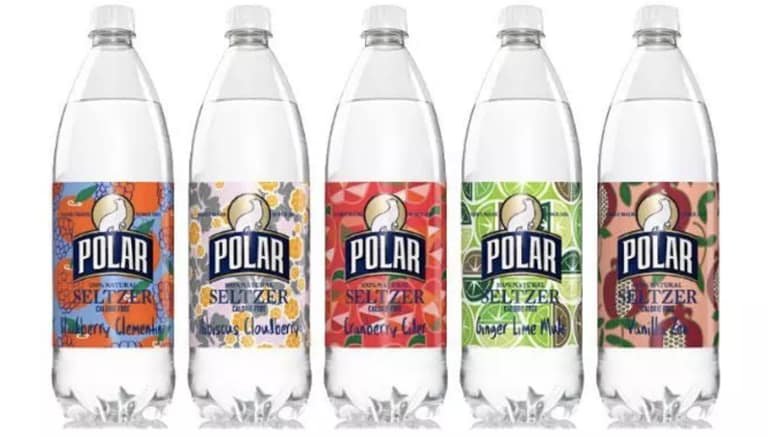 Hibiscus Cloudberry is new, however, and described as “[shining] a light on the humble cloudberry while offering touches of exotic tartness.”

(Side note: Who is Polar’s copywriter? She/he deserves a raise.)

Up next, we have Blackberry Clementine, which might pair well with your breakfast. The name itself is pretty explanatory, but Polar describes it as a “jam-licious wonder.”

According to a 2015 interview with The Chalkboard magazine, Meghan revealed her daily breakfast consists of either a Clean Cleanse vanilla shake with blueberries or an acai bowl with fresh berries, honey and bee pollen.

Polar’s Vanilla Zen flavor tastes like, yes, vanilla, but it also has hints of pomegranate. Or, as Polar puts it, it’s “a resplendent recipe of noble vanilla with serene touches of pomegranate.”

“Inspired by a cool array of ingredients and influences, we conspired to surprise and delight all 10,000 taste buds in your mouth,” Polar adds.

(Seriously, though, who is this copywriter?!)

More: 9 Sangria Recipes That Are Perfect for Cooler Months

These five flavors are limited in quantity too. Polar Beverages usually releases anywhere between 5,000 to 10,000 cases according to Lisbet Crowley, the brand activation manager at Polar Beverages.

According to Boston Globe, the first batch shipped out Friday. To find a store near you, you can use Polar’s store finder.