Don’t worry. These new flavors will still have that irresistibly delicious gooey caramel, but Snickers is ditching the artificial colors, flavors and sweeteners. 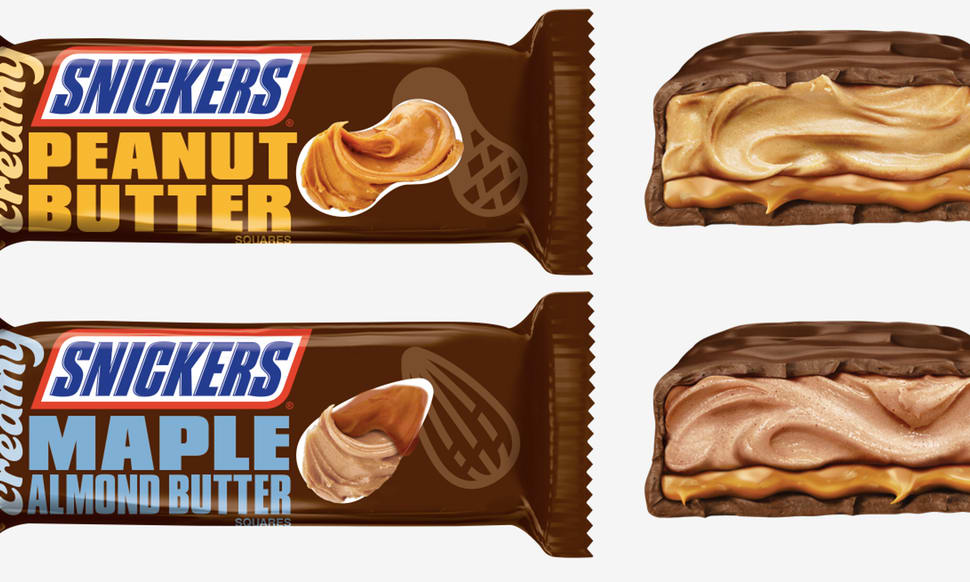 “For nearly a century, fans have made the classic Snickers bar an icon with its satisfying layers of nougat, caramel and signature peanut crunch,” said Snickers’ brand director Josh Olken in a press release. “We listened to our consumers’ desires for new tastes like almond butter and paired it with an innovation on texture.”

Bustle tried these new flavors ahead of their release, describing the peanut butter flavor as “kind of like a caramel-y, slightly more upscale Reese’s.” They also write that the almond butter Snickers bar is “perfect for people who don’t want their sweets to be overly-sweet.”

But it seems the maple almond butter flavor is the winner. Bustle described the taste as “one of those fancy artisan chocolate bars you splurge on in the gourmet grocery store.”

This past summer, in June 2018, Snickers also released three other flavors: espresso, fiery (chili pepper) and salty and sweet. They were marketed as part of Snickers’ You’re Not You When You’re Hungry campaign. If you were irritable, you’d grab the espresso bar, if you were feeling “wimpy,” the fiery bar, and if you were indecisive, salty and sweet.

“Our fans have adventurous tastes and are craving new flavors, and experiences, from Snickers,” said Michael Italia, senior brand manager of Snickers, in a press release at the time.

More: Mac & Cheese Candy Canes Are Here to Prove 2018 Was the Weirdest Year Ever

But let’s get back to Snickers’ nut butter flavors.

At the start of next year, the almond butter, peanut butter and maple almond butter flavors will roll out nationwide at grocery stores, convenience stores and drugstores in various sizes.

And now that we’re all caught up on what we can expect from these new flavors, maybe Snickers’ tagline for them should be: “Feeling fancy? Grab a nut butter bar.”