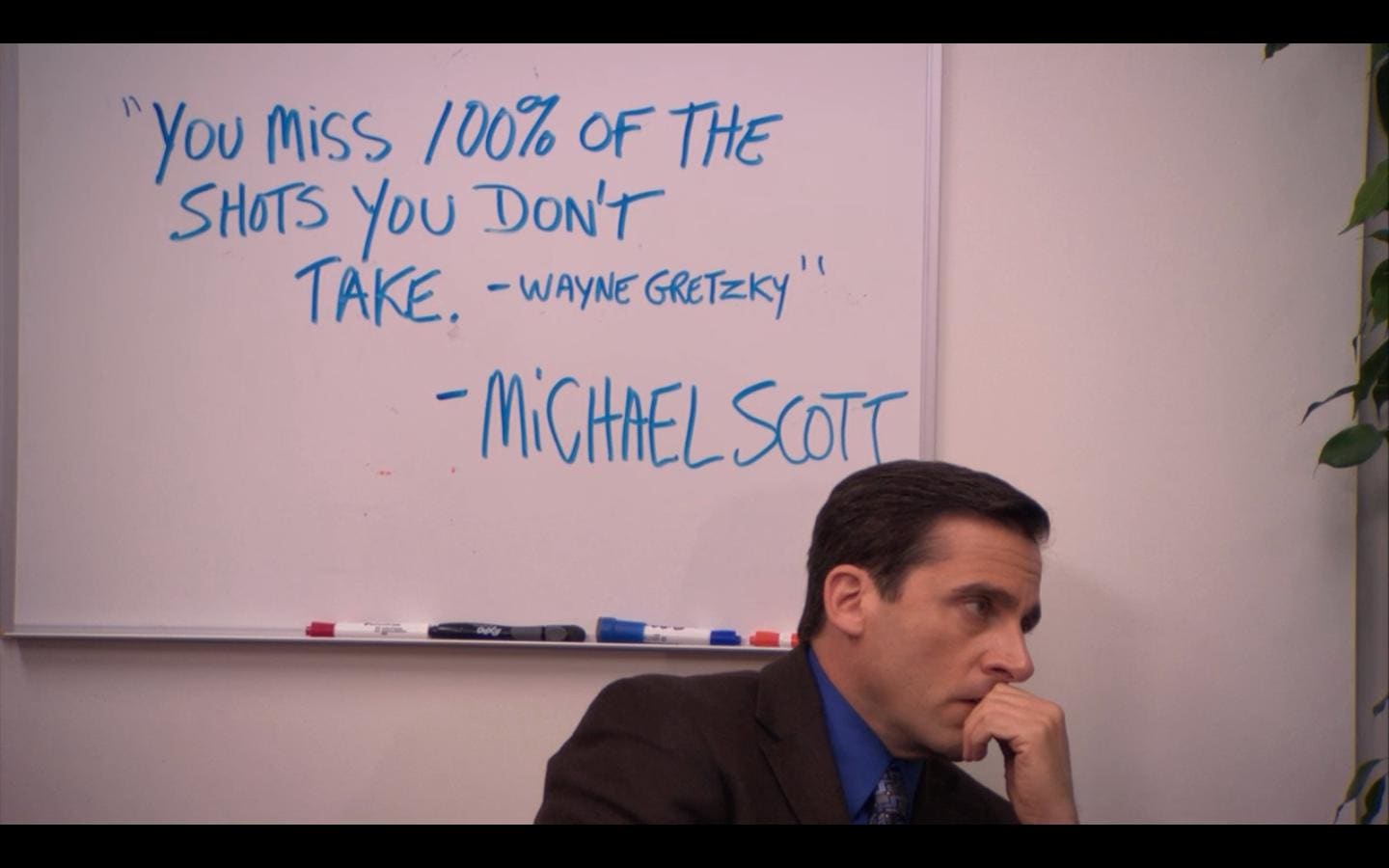 They’re wise words from Scott Gretzky, no doubt — and Dunkin’ Donuts is hoping all its customers give their new Shot in the Dark dark coffee espresso canned beverages, well, a shot.

You miss 100% of the shots you don't take. So take a shot with a Dunkin' Donuts new Shot in the Dark! #comingsoon #shotinthedark #shootyourshot pic.twitter.com/1LBwQKdrga

More: Starbucks Has a New Fall Drink, & the Maple-Pecan Latte Is Back, but With a Twist

Shot in the Dark’s espresso drinks come spiked with cream and sugar, and they’re available in three different flavors: caramel, mocha and vanilla.

“Our fans have loved our ready-to-drink iced coffees as a great way to power through their day with Dunkin’ anytime and anywhere,” said Brian Gilbert, Dunkin’ Donuts vice president of retail business development, in a press release. “Now, for the coffee-loving consumers who want something a little bolder than a traditional cup of coffee, but not as strong as a shot of espresso, our Shot in the Dark creates an exciting and energizing new option when on-the-go.”

So far, Shot in the Dark is available in select retail locations, including Target, retailing at $2.49 per can; but Dunkin’ Donuts plans to expand through 2019 to convenience stores and grocery stores across the U.S.

Dunkin’ Donuts’ new canned coffee drink isn’t a horrible way to start the day either. Each 8.1-ounce can has just 80 calories.