A Starbucks at one of its Mexico City branches opened its first café operated entirely by senior citizens. This coffee shop employs seven adults between the ages of 55 and 66. 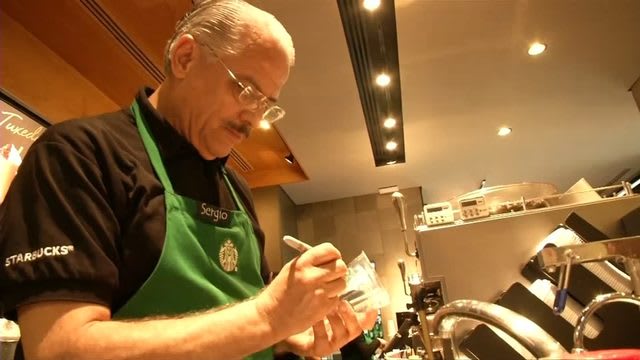 According to local news station WPXI, the employees — who are trained by the younger baristas at the store — can only work a maximum of six-and-a-half-hour shifts and are guaranteed two days off per week. They are also provided insurance for major medical expenses.

A few changes had to be made to ensure the older adults could work safely in the store. According to Yahoo, the store had to lower the shelves to avoid accidents and create different schedules that accommodated the employed senior citizens’ lives.

“It took us two years to land the best scheme to contribute to the elderly community in Mexico, opening the doors of our stores to senior baristas was not a goal, it was an act of congruence with the inclusion philosophy of Starbucks,” Christian Gurria, Starbucks Mexico CEO, told Reuters.

Starbucks teamed up with the National Institute for the Elder to spearhead this program, which gives senior citizens the opportunity for employment, reports WPXI.

“It’s becoming more difficult to employ people over 40 years of age, but the need to keep elderly people in work exists,” said Gurria. “If the opportunity is there I’m happy to help.”

Gurria told Yahoo that Starbucks currently has about 65 total older adults employed at Starbucks in the country, but the coffee chain plans to employ 120 senior citizens by the end of the year.

9 hrs ago
by Katherine Martinelli