Your girl Ina Garten is back with a cool new hack. This time, it involves corn and a kitchen towel. 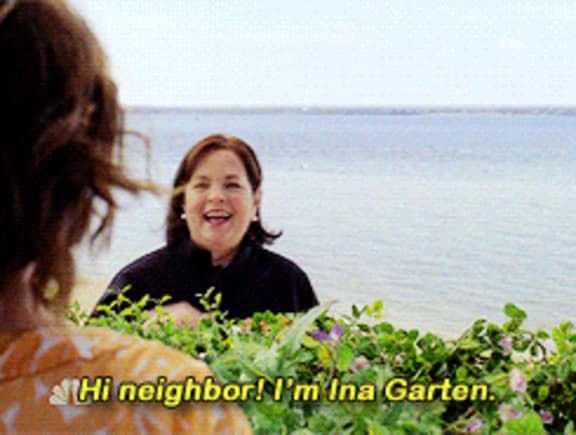 Food Network’s Garten tweeted a video of herself looking genuinely enthused to show us just how to cut corn kernels off the cob without getting it all over your kitchen and kitchen counters. And it works! Well, kind of.

It’s finally corn season! This is how I cut the kernels off the cob without getting them all over my kitchen. How do you do it?#BCprotips #CookLikeAPro pic.twitter.com/MspHxAm7nW

More: Ina Garten Just Shared a Recipe From Her Upcoming Cookbook, & Its Perfect for Summer

It’s simple, really: Place a clean towel down on your counter, grab an extra-sharp knife, and cut the kernels straight off the cob over the towel, which should collect all the kernels. Then, pour them from the towel right into a bowl. Bada-bing, bada-boom.

But the best part? Garten still manages to get kernels on the counter! 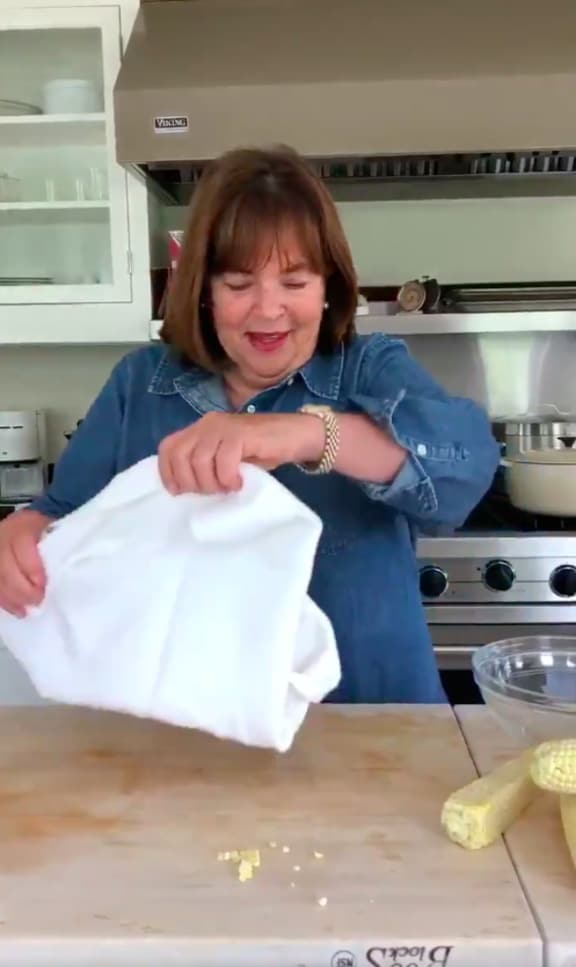 We still love you, Ina.

Commenters were quick to share their own tips, and we have to say, using a large bowl is also a fantastic option.

I put a small custard cup upside down inside a larger bowl, then cut one end of the corn to level it and place it on the custard cup and then cut. The large bowl catches all the corn. Also since corn is already in bowl makes it easier to make my recipes.

Or, you can use a Bundt pan.

And as Renee suggests, use a tub pan for creamed corn.

This method works well if you’re using the corn in a salad, but for creamed corn, I use a tube pan so I can capture the milk from the corn.

You might notice Garten uses the hashtag #CookLikeAPro, and for good reason: It’s clearly tied to her forthcoming cookbook, Cook Like a Pro. Not only will she have plenty of new recipes for you to try when the cookbook releases on Oct. 23 , but she’s also arming you with the know-how and hacks to cook like one too. Isn’t she the best?

In the midst of promoting said cookbook, Garten is also hard at work helping to fight childhood hunger. She recently teamed up with Williams-Sonoma, designing an exclusive spatula. Proceeds from spatulas sold will go straight to No Kid Hungry.

All hail the cooking queen.