If you’ve ever wanted to have a drink with Pam, Jim, Dwight, Michael and the rest of The Office cast, now you can.

Well, with life-size cutouts of them, that is.

Thanks to Replay’s Party Planning Committee and the Committee to Plan Parties, The Office pop-up bar lunched lanched launched at the end of July and continues on through Aug. 20. There, Office fanatics are transported to the Scranton Business Park, specifically the office of Dunder Mifflin (sorry not sorry, Vance Refrigeration), where the bar is a near-replica of the office.

More: Will the OG Cast of The Office Return for the NBC Revival?

Look, there are Dwight’s and Jim’s desks, and it looks like Pam’s reception area is the bar. 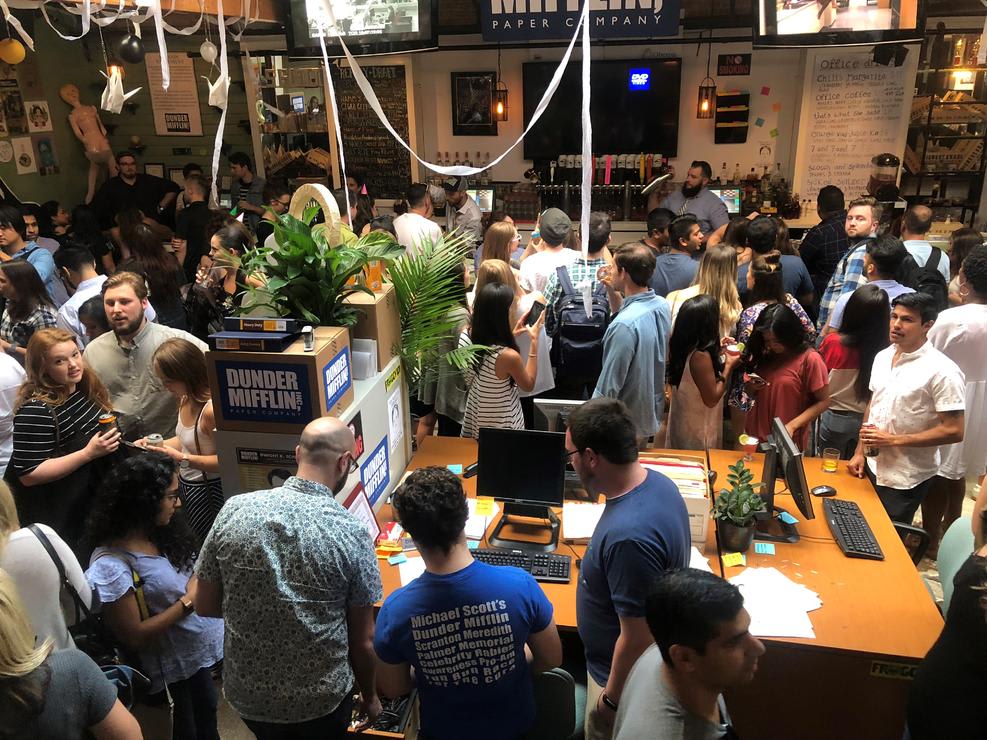 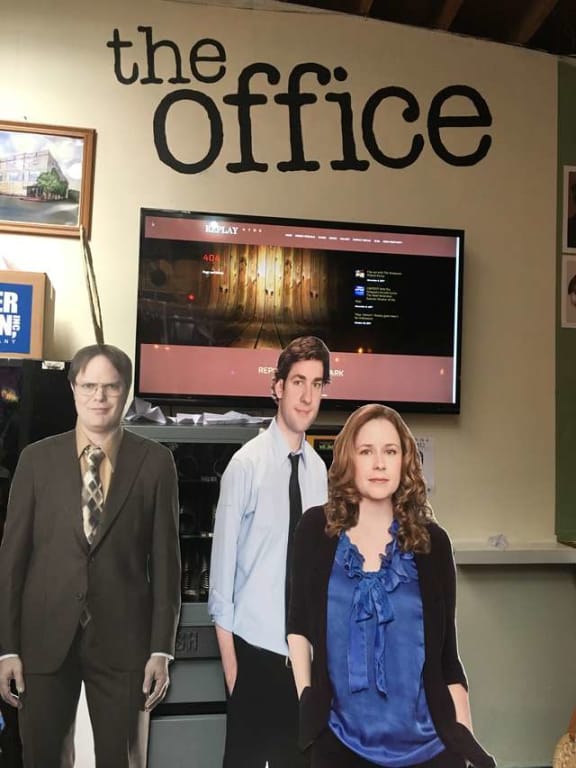 And a large banner that states, “It Is Your Birthday.” 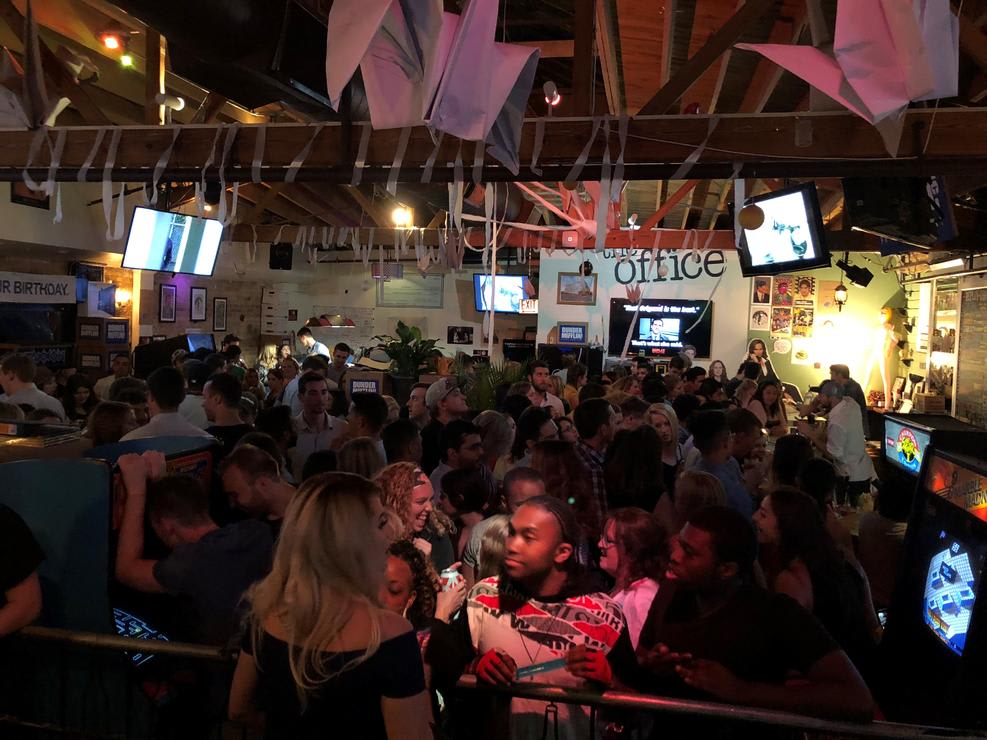 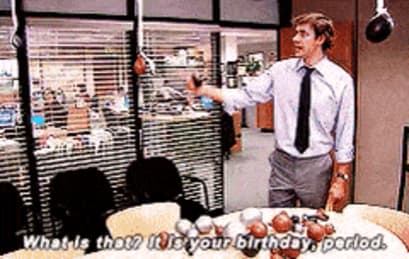 According to Supercall, the pop-up bar also serves themed drinks, including scotch and Splenda (aka, the Michael Scotch), Orange-vod-juice-kas (another Michael Scott joint), That’s What She Said (vodka, lime, grapefruit, simple syrup, orange bitters, cranberry) and Chili’s Margarita (strawberry-jalapeño tequila, lime and agave). Plus, 15 Jell-O molds containing various office supplies (including staplers, of course) are scattered around the bar.

The bar also hosts The Office trivia nights, karaoke nights, an Olympics events (maybe they’ll include flonkerton) and will even host a Dundies night with one very special guest: Chili’s.

Chili’s posted on Twitter saying they’ll bring Chili’s to Replay’s Dundies event if they get 31,564 retweets. Why that number, you ask?

Well there you go.

A representative from Chili’s told Delish the restaurant is partnering with Replay so attendees can all say they “feel God in this Chili’s tonight.” And yes, that includes you Pam Beesly/Jenna Fischer — now that your ban is finally lifted (over a decade later).

Should I try to go in? pic.twitter.com/HDpPqzA0by

The Dundie Awards takes place on Friday at 7 p.m., and tickets are priced at $20 for standing room and $40 for reserved seating. The tickets get you two drinks, a keepsake glass and a commemorative T-shirt.

If you aren’t in the Chicago area, no worries — Chili’s will be live-streaming the awards on Friday after 7 p.m. CT. You don’t need a password to get in, but if there were one, “password” is a good bet.

So order some Alfredo’s Pizza Cafe (not Pizza by Alfredo — there’s a very big difference between these two pizza places, both in quality of ingredients and overall taste), and clear your calendars for the Dundies. It’ll leave you satisfied and smiling.