Accomplished actor and coolest guy in Hollywood Jeff Goldblum has plenty going for him lately: He has his own giant bare-chested statue in London, he’s back oozing sex appeal in Jurassic World: Fallen Kingdom, and he’s just one of the stars in action flick Hotel Artemis.

But the one thing he cannot do to save his life? Cut a GD avocado. 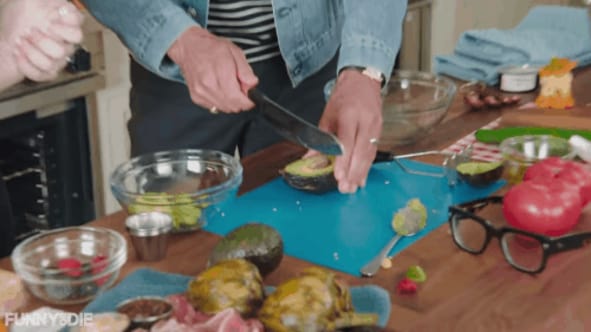 More: You Can Now Buy an Avocado Toast-Flavored Chocolate Bar

Our eyes! Goldblum, you’re better than this. Where’s Queer Eye‘s Antoni Porowski when you need him? 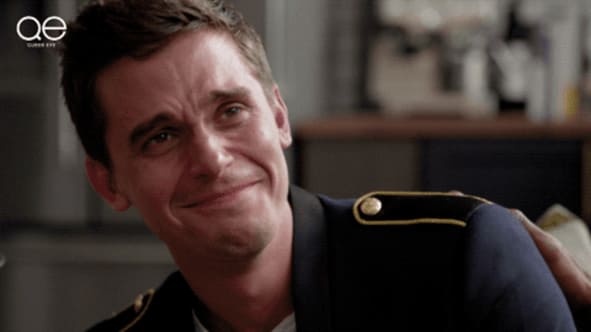 In his new series on Funny or Die, “Cooking With Jeff Goldblum,” we learn quite a bit about Goldblum (aside from the fact he truly cannot cook) as he and special guest and Jurassic World costar Bryce Dallas Howard struggle to make avocado toast.
https://www.youtube.com/watch?v=WgLSXLs5ZYc

Jeff, for the record, this is the correct way to cut an avocado.

One of the most appalling revelations is — and you’d better sit down for this one — he doesn’t believe in astrology. Goldblum, are you sure you don’t want to check your horoscope? Because the Libra horoscope for this month seems pretty on point for you… just sayin’.

But wait; there’s more. Here’s what else we learned about Goldblum today.

He didn’t know avocados are a fruit 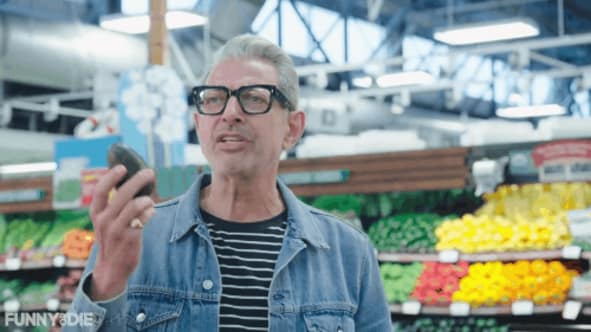 “I thought this is a vegetable!” He exclaimed to one of the three camerapeople. “Avocado is a fruit!”

He doesn’t believe in astrology

“True, I believe in it; false, I don’t believe in it,” he grills the Ralphs manager, to which the manager correctly guesses false. 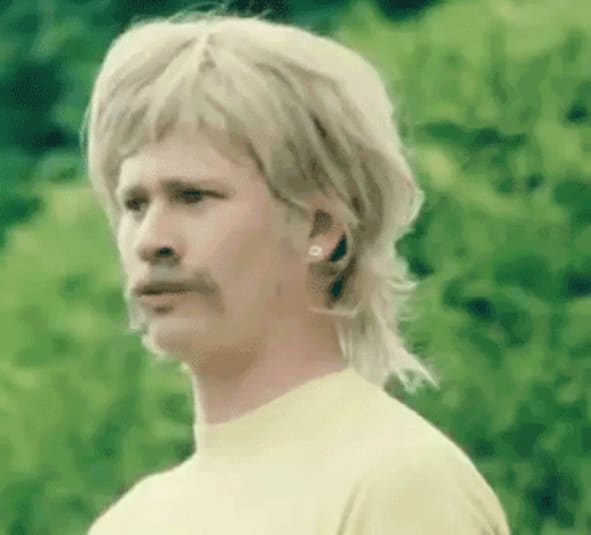 He smells cheese for a ridiculously long time 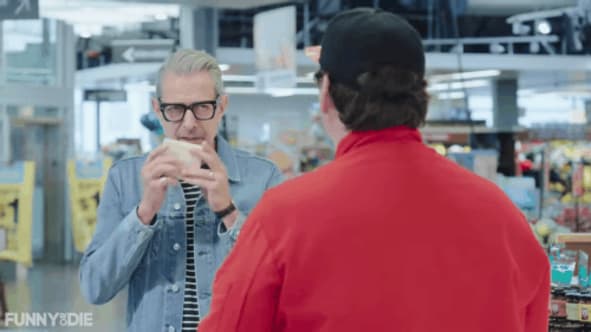 Jeff jokes that his guest, Bryce Dallas Howard, received her middle name after the famous show Dallas. He asks Howard what show he should be named after. Her answer? Melrose Place. Jeff Melrose Place Goldblum: We dig it too.

He has a deep fascination with cutting peppers 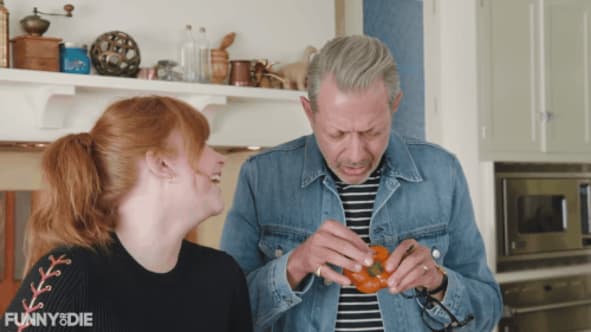 It’s almost poetic the way he talks about it. “It’s absolutely miraculous,” he tells Howard.

He doesn’t know how to say “smorgasbord”

More: Cool Dad Jeff Goldblum Has a Concerned Mom Just Like Us

This isn’t the first “Cooking With Jeff” episode, though. In March, he and the late Pulitzer Prize-winning LA Times restaurant critic Jonathan Gold prepared French soup together.
https://www.youtube.com/watch?v=optrx_YZrTg