Fun fact: There are about 300 Taco Bell stores outside the U.S. — scattered among 26 countries around the world — and you bet their menus seem even more delicious and innovative than ours. For instance, in Korea, you can get a kimchi quesadilla; in Cyprus, their gorditas come with fries and tzatziki sauce; and a Chocodilla (a chocolate quesadilla) is on the Taco Bell menu in several countries, including Guatemala, Costa Rica and El Salvador. But today, we’re spotlighting India’s menu, specifically its new Crispy Potaco.

More: Taco Bell Wedding Accessories Are a Thing, & We Are So Here for It

When Taco Bell expanded to India back in 2010, it made a conscious effort to tailor its menu for the Indian market, making the items spicier and half the menu vegetarian. According to NBC News, the restaurants also don’t serve beef, which many Indians don’t eat for religious reasons.

Enter the Potaco, which meets all the aforementioned requirements. These tacos ditch the tortilla and feature a shell made with Mexican spices that is molded from hash browns — hash browns! The filling is strictly lettuce, cheese, fiesta salsa and signature spices, according to Brand Eating.

Also found on the Taco Bell menus in India are chicken tikka masala (which, as you could probably guess, takes the traditional Indian dish and shoves all the ingredients into a warm burrito) and the Beer + Taco (which is typically served after 10 p.m.). 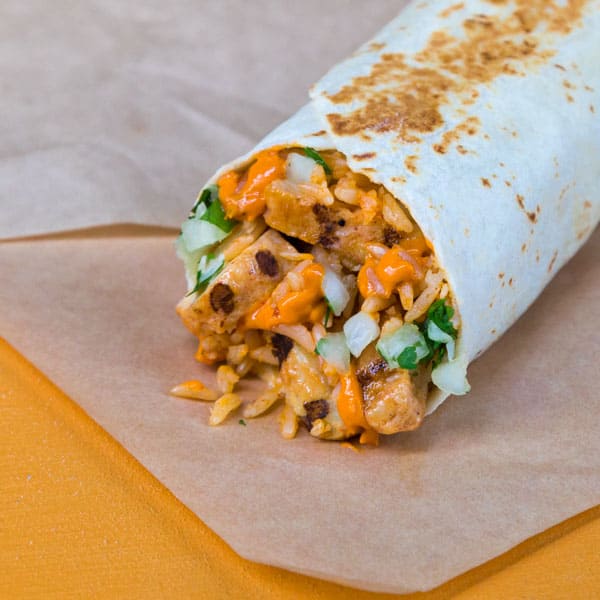 Taco Bell India teamed up with Tanmay Bhat, an Indian stand-up comedian, script writer, producer and cofounder of popular comedy sketch group All India Bakchod, to pitch the Potaco to the public — pushed on social media with the hashtag #MakePotatoGreat.

Yougaiz as a potato-holic, my taste buds are proud to introduce the Crispy Potaco. With @tacobellindia – it is finally time to #MAKEPOTATOGREAT! Double tap for crispy potato love.

The Potaco costs a little under $1.50, or 99 rupees, and is only available in India for a limited time. Of course, the only way you can get your hands on one is booking a round-trip flight to India. Or we can cross our fingers Taco Bell adds international menu items to its U.S. restaurants. Ah, a girl can only dream…