Some people collect rare coins. Others save baseball cards in hopes of turning a profit years down the road. Dave Alexander, on the other hand, considers a McDonald’s burger and a side of fries a collectable — and a way to “help to further scientific research.”

And now, after six years of sitting on his now-sold shelf, the McDonald’s value meal has finally hit the market. Thank God too. We’ve been dying to get our hands on a rare piece of history.

“The shelf that the burger was sitting on has been sold and now this incredible piece of history now needs to be re-homed,” the eBay description reads.

More: Finally, McDonald’s Is Selling the Best Part of the Muffin 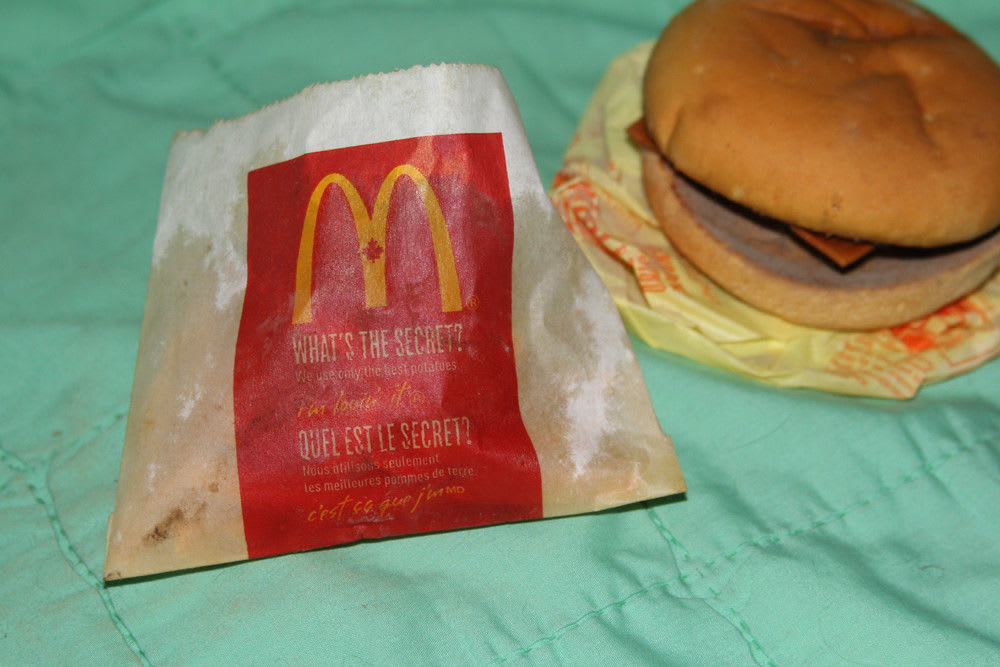 Currently up for bid for about $150, the dust-covered, stale, plain cheeseburger and the “stunningly good-looking” fries come complete with the original packaging. How thoughtful.

“The fries look like they were purchased this morning,” Ontario farmer Alexander told As It Happens guest host Robyn Bresnahan. “The burger itself has darkened a little bit. The bun is about as hard as a hockey puck, but it looks just like it’s brand new cosmetically.” 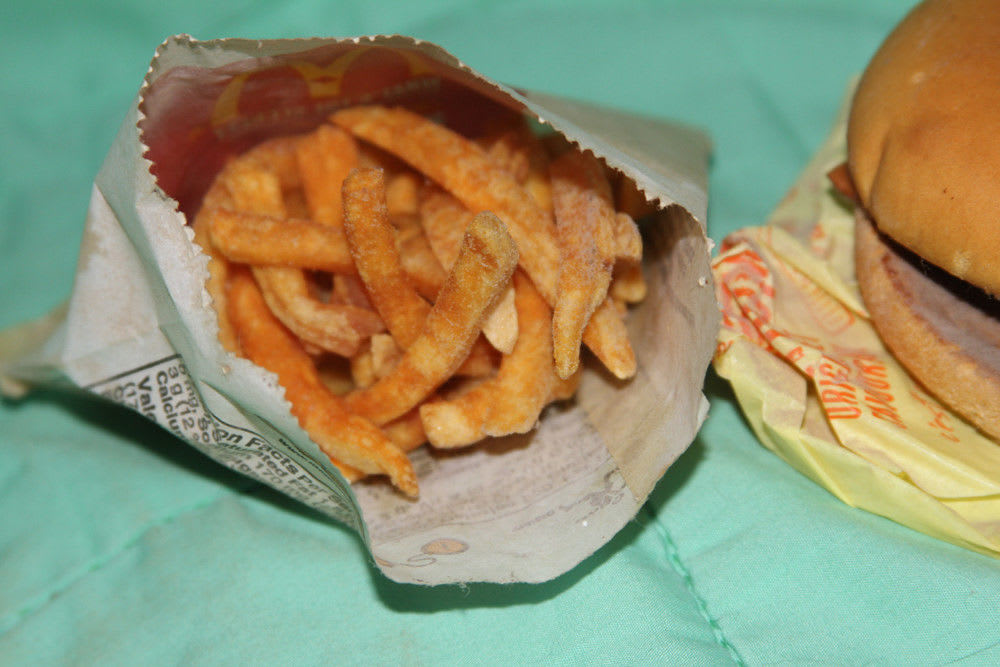 As for the aforementioned dust, don’t worry: Alexander cleaned most of it off — because he’s truly a motivated seller.

“Please keep in mind, that there is six years of dust involved here, but most of it has been removed,” he writes. 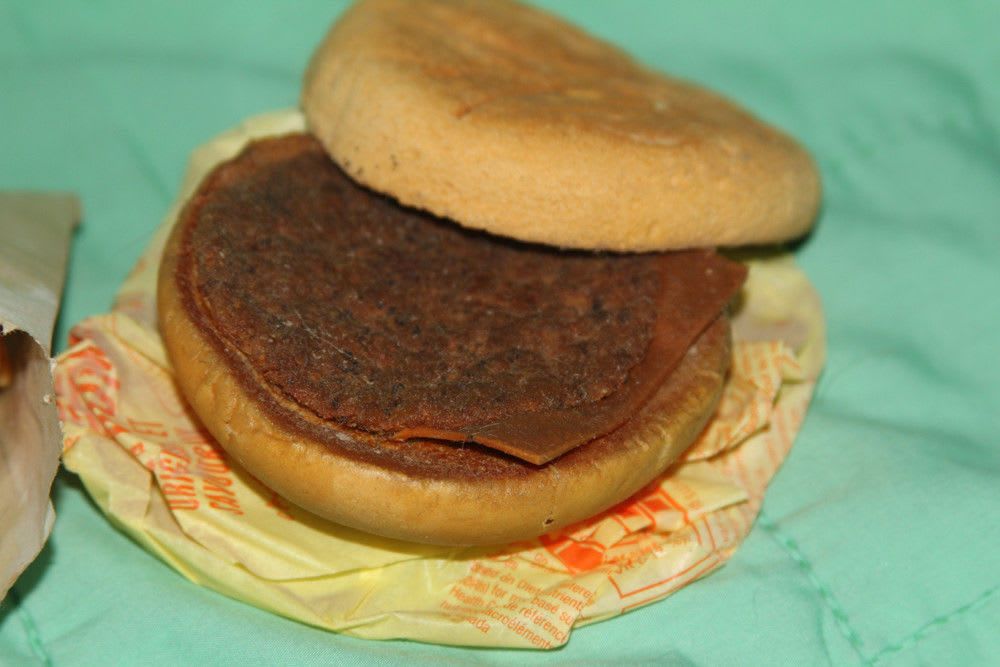 Here’s the full description that you must read in its entirety — in all its typo-ridden, capped, bolded and underlined glory:

“This is an ORIGINAL, plain McDonald’s Cheeseburger and Fries MADE & PURCHASED JUNE 7, 2012

“This burger & fries has been sitting on a shelf for over 6 years!  The fries are in incredible shape. The Cheeseburger is plain with no toppings at all, just the bun, meat patty and slice of cheese.

“Please keep in mind, that there is 6 years of dust involved here, but most of it has been removed.

“ORIGINAL WRAPPERS ON BOTH!

“The shelf that the burger was sitting on has been sold and now this incredible piece of history now needs to be re-homed.

“Why not do your part to help to further scientific research and history and buy this burger.  You too can witness the majesty of the Cheeseburger & Fries that just won’t die.

“Go ahead…. Name the Burger!  Make it part of your family!  It will grow old right along with you. (However, I do believe that it will out last you)

“This is no joke.

“This is a legitimate, very real McDonald’s Cheeseburger & Fries that we bought in London, Ontario Canada on June 7, 2012“

More: McDonald’s Is Rolling Out Self-Serve Kiosks — Here’s What You Need to Know

The bid started at $29.99, and 30 bids later, it’s reached $150 (at the time this article was published). And Alexander didn’t even buy the burger himself — he asked his daughter to buy the meal in 2012. For comparison, he placed a homemade burger and fries next to the McDonald’s meal, but the former didn’t fare well.

“The cheese on the homemade one, especially the french fries, the potatoes, just look like little bits of charcoal right now,” he said.

When asked if he’ll miss the burger, he kept his emotions in check (but we all know he’ll need a support system for this once it’s sold): “I’ve been looking at it for six years, so now that it’s moving, yeah, it’s a thing. But I’m sure we’ll move on.”

So, if you’re in the market for a petrified McDonald’s burger and want to help contribute to science, now’s the time!

Oh, and don’t worry; bugs have steered clear of the burger too.

“We live in the country and we’ve never seen a fly land on it. Ever,” he said.