Prince Charles clearly lives by The Bachelor franchise rules: no eating on camera. And he did just that on his recent MasterChef guest appearance.

MasterChef and royal family fans were on the edge of their respective seats waiting with bated breath for Prince Charles’ appearance on the Australian version of the show. But when it came time for Prince Charles to actually eat food — a pretty vital part of this cooking competition aside from, well, cooking food — he just straight-up didn’t. If you didn’t watch the episode, here’s actual footage of Prince Charles avoiding food: 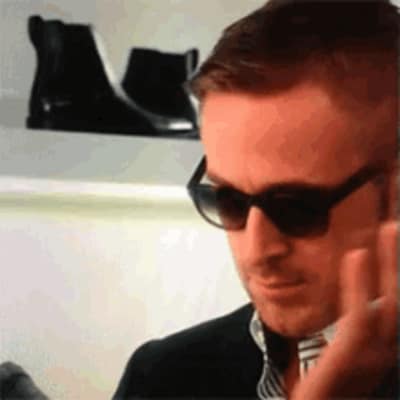 Ha! Just kidding. But wallaby tartare did go cold. Green ant canapé was avoided like the plague. Goat cheese mouse with bush spices didn’t even get prodded with a fork. Prince Charles was not about that MasterChef guest judge life.

Of course, fans were downright shocked! Totally outraged! Fires were started! A city has been turned to rubble! And by all that, I mean people took to Twitter to tweet their outrage.

I turned down sex to watch prince Charles eat ants. Instead I got neither. #MasterChefAU

When they try to fool prince Charles into eating some of this… #MasterChefAU pic.twitter.com/vIIRSVJhka

The Prince of Wales was a guest of honor at a reception for 150 guests. According to News.com.au, contestants worked with the following ingredients: kangaroo, buffalo and crocodile as well as Kakadu plum, quandongs, rainforest lychees, lilly pilly, finger limes, desert limes and saltbush.

“The Prince of Wales is well known for loving everything home grown,” MasterChef judge Gary Mehigan told the outlet. “This is a tremendous honor for us all. It is not only an enormous privilege and a once-in-a-lifetime opportunity to cook for His Royal Highness but a challenge too.”

It’s rumored that Prince Charles had a few valid excuses to suppress his appetite that night. According to The Sun, the royal family avoids eating shellfish and any raw meats while traveling to prevent getting food poisoning. And some even believe there’s a “secret” rule that forbids the family from eating on camera. Or, and here’s a wild guess, maybe he just wasn’t hungry.

More: Meghan Markle Is Banned From Eating This Food While Traveling

Leading up to the tasting, though, all the contestants were incredibly nervous to meet Prince Charles, and when they finally did, he charmed their pants off. He was an absolute delight — he even joked about the heat!

"This is something I'll remember forever!" Our contestants had the once in a lifetime opportunity to not only cater for His Royal Highness, The Prince of Wales but also to meet him. @ClarenceHouse #MasterChefAU pic.twitter.com/nazeRY1NuC

So, sure, he didn’t eat their food, but I’m sure meeting him will be a moment they’ll never forget — and that’s all that really matters, right?