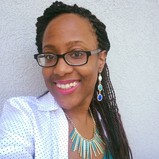 Over the past few months, I’ve noticed a trend on the internet that must be stopped. I’m all for spicing up old recipes and making new traditions. That’s what keeps me glued to Pinterest for hours, pinning photos of food I will never cook. But I draw the line at people reinventing chicken, for cluck’s sake. Some foods, some cooking methods, must be held sacred.

I am convinced that adventurous chefs ruin recipes on purpose for the sole sake of shocking us. You angrily click “share” (someone else needs to Hulk out over this culinary abomination too, you’re thinking), and that’s how bad food goes viral. You definitely should beware of these wacky food ideas.

More: Wake up, sheeple: Your pumpkin pie may not actually be made of pumpkin

For example, it’s totally cool to try cooking in a dishwasher just to see if you can. But is it something you’re going to start doing next time you invite guests? You’d better not. Yes, I know — the stove is boring because it doesn’t have racks or a rinse cycle. But I promise you, food doesn’t need a new cooking method. The stovetop has worked for decades without a pots-and-pans setting.

Imagine: You are innocently scrolling down your Facebook news feed. A sped-up, step-by-step video of a sweet potato pie begins to autoplay, and you feel your mouth watering already. Each ingredient waterfalls into the mixing bowl with the poetry of a symphony movement. Sweet potato. Brown sugar. Butter. Eggs. Yes, yes, yes! All of a sudden, a cup of Parmesan cheese lands on top of the mixture, and you hear the proverbial record scratch. What fresh-baked hell is this?

Chicken is like a blank slate since it’s both easy to mess up and to make delicious. It’s the perfect candidate for a bad-food video. I’m not sure what first-grader convinced a cook that Kool-Aid chicken wings was a thing that needed to happen. I wept for that fried and dyed bird. The utter disrespect of food coloring and breading together should be taken as an act of aggression. Don’t take your frustration out on your chicken, people.

If you’re like me, you consider bacon a legitimate food group. I carefully pair food with bacon like real foodies do wine. So while I give standing ovations to bacon tossed into unexpected culinary situations, like pigs, some inventions just do not fly. Bacon-wrapping is good. Bacon-wrapping macaroni and cheese on a bun and putting it on a hamburger is doing too much to be good. Either we will bacon-wrap macaroni and cheese today, or we will bacon-wrap a burger. Pick a struggle.

More: Yuca frita is the crispy-creamy french fry alternative you’ve got to try

And for the love of all that’s holy, leave guac alone. Avocado isn’t enough of a miracle for you? You have to tinker with guacamole, sticking in apple where it clearly doesn’t belong? Or worse, peas? Nothing is sacred anymore.

One thing you have to respect about most new food trends: They aren’t trying to be healthy. Bacon-wrapping is for those who aren’t counting calories or cheat days. Kool-Aid fried chicken is a science experiment gone (barely) edible. But that doesn’t mean healthy food can’t be bad food too. Sometimes it’s unhealthy because it just tastes better that way. So those of you trying to “fix” gumbo with quinoa and kale have utterly failed. That’s not gumbo; that’s seafood-kale stew. You don’t get to call a roux-less, soulless pot of bleh “gumbo,” as if words don’t mean things. Stop it.

So the next time you get the bright idea to watch one of these zany food videos, ask yourself if you feel like flipping a table today. And if you’re the one actually dreaming up these monstrosities, troll responsibly. You might end up being the one flipped!