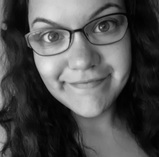 Did you know deep-frying vegetables makes them healthier? And that eating chicken wings makes kids more aggressive? And that chocolate milk can cure concussions? It’s true… well, according to these wacky food studies. Here are some of the weirdest investigations we’ve ever come across. Read with a healthy grain of salt, eaters.

So says the University of Granada in Spain, a country that loves itself some veggies cooked in olive oil. Researchers there say deep-frying eggplant, potato, tomato and pumpkin in olive oil transfers more phenols to the vegetables than do other cooking methods. That said, there’s still that pesky problem of all the extra calories deep-frying adds as well. So results kind of depend on your definition of healthy.

More: 21 Recipes that take the Philly cheesesteak to the next level

A study recently conducted by the University of Maryland touts the health benefits of drinking chocolate milk, specifically Fifth Quarter Fresh brand chocolate milk. The researchers even went so far as to claim it treats concussions in athletes. Although milk has been proven to be an effective workout recovery drink, the university’s praise for this one brand sounded the alarms of more than a few bs meters.

3. Soda is better for you than water

Soda companies recently funded a study that claims diet soft drinks are better for weight loss than water is. How in the world could this possibly be true? Researchers are claiming these opinions to be correct, but we say follow the money. Considering the study was paid for by a number of soft drink executives, we think you’re better off sticking with water.

4. Fast food does weird things to your brain

A University of Toronto study claims that simply seeing fast-food restaurants and logos can trigger impatience and may even alter the brain’s functioning. Apparently seeing those Golden Arches makes us think about speed and instant gratification. So slow down in that drive-thru!

More: 18 DIY flavored salt recipes to spice up your cooking

Consider this: New research from the University of Edinburgh, Scotland’s Rural College (SRUC) and Brazilian Agricultural Research Corporation (Embrapa) claims that reducing overall meat consumption might not lower greenhouse gas emissions after all. The study has sparked fierce debate, as climate change is one of the reasons people choose to go vegan or vegetarian. But the researchers say raising cattle gives ranchers an incentive to growing more grass, which in turn helps retain more carbon in the soil. It sounds counter.

6. Salty food may help protect us from germs

A researcher at the University of Regensburg in Germany says that having more sodium helps your body protect itself from bacterial infections. This could change the way we eat in the future. Then again, that benefit probably doesn’t justify the other health risks of a high-sodium diet.

A Cornell University study says that eating chicken off the bone makes children twice as aggressive as eating chicken cut into pieces. The same goes for any food kids have to bite into with their front teeth — it has something to do with the aggressive face you make when you bite into, say, corn on the cob. I guess feeding your children chicken nuggets isn’t such a bad idea after all?

More: 20 Simple date-night recipes that won’t keep you in the kitchen all night

8. Cheez-Its are the new superfood

According to IFLscience, a recent study from the Sharp Research Institute in Texas* claims that Cheez-Its contain all the nutrients necessary for survival: B vitamins, folic acid and iron. Uh-huh… sure. Considering this study appears in a satirical blog and nowhere else, we probably shouldn’t take it too seriously. But wouldn’t it be insane if it were actually true? We wish!

*This research institute does not exist.