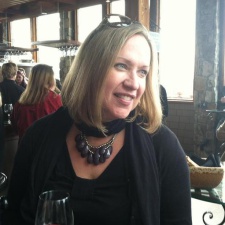 Here’s the thing. I know there are bigger issues in the world, I really do. There are health care and poverty and refugee and hunger and crime and education and war issues that deserve our attention. But here we are at the official start of autumn, and there’s just something that I have to let out.

It was bad enough when Starbucks started this nonsense with the pumpkin spice latte. A whole, large subsection of this country went berserk over it. In subsequent years, they began counting down the days until the annual “fall” (now typically happening BEFORE it’s actually fall) release of the sugary-sweet concoction that contains some form of pleasure receptor stimulators for the brains of many of my fellow humans. I finally gave in, after a few years of hype, and tried one — and well, it’s just not for me.

But really, I felt that if people wanted to drink that kind of thing, it’s not like I really cared, or deserved an opinion on the matter. I saw people happily posting pics of their hallowed cups on Facebook and Instagram (#PSL, natch) and clearly they were happy. So what the heck, no problem.

And while I’m listing things out, beware the beverage aisle: Tea, soda, beer and vodka have all fallen victim. (Nooo! Not the alcohol! This is insidious!)

They also messed with treats from my childhood that really didn’t need any embellishment: M&Ms and Oreos, complete with shocking orange filling, have been tainted. Last fall, I took what I thought was a caramel Hershey’s Kiss and popped it in my mouth… only to feel like a toddler with the desire to spit that chocolate/potpourri mash-up right back out of my mouth. (True story: I actually did. See what pumpkin spice does to a girl?)

More: 10 Pumpkin spice foods that have no excuse for existing

The only rules about pumpkin spice mania are that there are no rules. Tortilla chips. Potato chips. Kale Chips. No really. Pumpkin spice kale chips. Let that sink in a minute. It’s like the product development people are just trying to see how ridiculously far they can take the latest “it” trends. Pumpkin spice is the new black, and no one is stopping until they’ve conquered it all.

Think I’m wrong? People on Etsy have created an all-natural pumpkin spice vegan deodorant. I love Etsy and I think crafty people are amazing. But this? What’s the expression I’m looking for? Oh yeah: I. Can’t. Even.

I feel like we are living in a remake of a classic movie, updated for 2015. Soylent Green is pumpkin, people. Good luck with that.