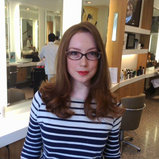 Brussels sprouts get a bad rap, but when well prepared, they’re one of the most delicious vegetables in the world.

The little green veggies were the bogeyman of my childhood. I heard whispers about them from my friends, who spoke of them as though they were the unholy spawn of broccoli and cabbage, created in a lab just to torment children. On television, Brussels sprouts were a punchline: “Eat your Brussels sprouts!” a sadistic adult would say while the kids on-screen mugged and gagged. I learned by example to perform overblown, comical demonstrations of disgust at the mere mention of Brussels sprouts and knew I hated them more than any other food, even though I had never had one.

My parents never cooked Brussels sprouts when I was growing up. My mother had her range of vegetable dishes, usually something like creamed spinach or carrots, but Brussels sprouts were not among them. I never even saw a Brussels sprout in real life until I was about 14 years old and a steaming plate of boiled sprouts arrived at our table at a restaurant — to this day I have no idea who ordered them.

The sprouts were steaming, bright green spheres and so big I did not know how I could elegantly fit a whole one in my mouth at once. I was intimidated. After at least 14 years of declaring Brussels sprouts to be disgusting, I was suddenly facing one for the first time. I felt I should at least try it.

Unfortunately for my future self, that Brussels sprout was disgusting. It was squishy and overcooked and full of boiling water that squirted out and burned my mouth. I put the rest down and declared I had bravely faced the Brussels sprout, and I had been right the whole time: Brussels sprouts were disgusting.

I was wrong, of course, Brussels sprouts are one of the best vegetables there is. Unfortunately it took me 16 more long, sproutless years to figure that out, because I did not try a Brussels sprout again until I was 30.

More: 21 Brussels sprouts recipes that are anything but mushy

I rediscovered Brussels sprouts a couple of years ago, having just moved to a new city and discovered a new farmers market near my house. The stalls there were heaped with Brussels sprouts, and everyone was making a big deal about the start of sprout season.

“What are they going on about?” I thought. “Brussels sprouts are disgusting.”

But I bought them, partly because I wanted to fit in with my new, sprout-loving neighbors, and partly out of guilt over not having eaten enough vegetables that week.

The Brussels sprouts did not come with instructions, but I knew I did not want to boil or steam them, since that had gone so badly before. Figuring that most things taste good roasted, I just chopped the bottoms off every sprout, cut them in half and then tossed them into a salad bowl with some sea salt and black pepper. I spread them on a cookie sheet and put them in the oven to cook, then wandered off and watched TV. I checked on them once, partly to shake the baking sheet so the sprouts would cook on all sides and partly to side-eye them into shaping up and not being disgusting.

More: Brussels sprouts salad is a perfect taste of fall

When I took them out of the oven, they were golden brown, and the leaves on the outsides were crisp and curly and just slightly burnt. I was hesitant, but they actually looked good. Then I tried one, and from that moment on, Brussels sprouts have been one of my very favorite foods. They are rich and leafy and, when roasted, have a bold flavor and crisp leaves around a soft, creamy center.

After the sprouts were gone, I picked all the individual leaves that had fallen off and burned on the pan, and ate them like the last bit of dust in the bottom of a potato chip bag. They were marvelous. I resented every TV show Brussels sprout gag I had ever seen for convincing me to eschew this most marvelous of vegetables for so long.

More: Brussels sprouts and cranberry grilled cheese is the best use of leftovers

Brussels sprouts go well with many bold, strongly flavored ingredients, like bacon or garlic or onions. But even without that, they are just fine. It’s difficult to improve on the smoky, meaty flavor of Brussels sprouts roasted with crunchy sea salt and fresh black pepper. I wish I could just have little bowls of fresh, roasted Brussels sprouts sitting around my house the way grandmas keep nuts or hard candy.